The Park Tool Internal Cable Routing Kit is a dream to those of us who love the clean look of a frame with internally routed cables, but feel a headache coming on just from the thought of routing the cables ourselves. No longer will you have to awkwardly fish cables through frames, getting hung up on sharp corners, and caught on internal frame obstacles, while hoping to land in the right spot— with the Internal Cable Routing Kit your life will be simplified. The kit works by attaching a cable with a magnet on its end to your shifter or brake cable, to slide through your frame, guided by an external magnet, pulling the cable smoothly through to the exit port, or feeding two magnet ends together for a smooth pull through. The kit includes four plastic coated cables that are 250cm in length, with attached magnets on the end, a super-powerful external magnet for guiding the cables, and unique fittings for different styles of cables, including hydraulic brake lines, shift and brake housing, shift and brake cables, and it includes rubber adapters enable routing for Campagnolo EPS, and Shimano E-tubes for electronic shifting. The system works on carbon, alloy, and titanium frames, but will not work on steel frames.

Beware! It may not work at all.

If you have Campagnolo cables, the magnet doesn't work, as Campy stainless is of high enough quality to be non-magnetic. If the cable opening at the back end of your chainstay is small (like a Wilier Zero.7) none of the feeder cables in this kit will fit through the hole. The tool becomes a very expensive paperweight, since it only works for the part of the frame in which it is unnecessary. Thread and Superglue made a very cheap and workable tool for my frame and cable.

Get this to avoid frustration

This is a must have if your bike has internal cable routing.

Previously, I had re-cabled internally routed bikes using all the tricks and hacks with only the occasional slip up that required “extra effort” accompanied by a cloud of choice words. I bought one of these thinking, “it’s an over-priced magnet but what the heck.” After having re-cabled several bikes it has a permanent place in my toolbox. With all the different heads it’s easy to pull cables, housing, and hydraulic hoses through your frame. Tiny little holes at an angle are no longer a problem. Neither is extra material inside your tubes from less-than-perfect frame assembly. Routing a cable was previously a 5-50 minute job depending on the frame. Now it’s always a five minute job. Do you absolutely need one of these? No. But it’s possible to do a root canal without Novocain, too. Save yourself the pain and pick one up. Why only four stars? Because it’s still an expensive magnet. But it’s a really useful magnet that deserves consideration for your toolbox if you regularly re-cable bikes with internal routing.

A must for some frames.

If you have a carbon frame with a hollow downtube, just save yourself the hassle and pick this kit up. I learned from experience that fishing hoses and cables through a hollow downtube can take hours, but this kit turns that into a few minute job. 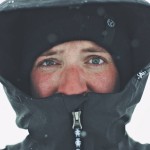