Styles Added to Our Winter Yard Sale — Up to 50% Off

To get through the coming winter, you're going to need something a little beefier than sneakers or heels. Vasque designed the Snowblime Women's Ultradry Winter Boot to get you through the toughest months of the year in comfort and style, so you can forget about your feet for a while and focus on the important stuff, like snowball fights and ski trips.
Learn more

I'm still breaking mine in for a trip in the sierras. While breaking them in around the house wear these boots loose or with mid heavy socks. They can make your ankles sore at first, especially if you tie them tighter, but they are breaking in and I'm hoping they'll be ready in time. Sizing seems good. I wear 9.5M and they feel fine. Just stiff, hence breaking in.

I purchased the Vasque Snowblime as an alternate when Backcountry sold out - the Womens Salomon X Ultra Winter CS - in my size. I researched both boots extensively before my purchase. The Snowblime fits comfortably - earning it immediately a 4 th star - as i have bunions and must purchase footwear with a wider toe box. Very little time was needed for the break-in. The sole has excellent traction on slippery surfaces. Any deeper snow than we have had so far this season would require the use of gaiters; these boots have allowed snow in around the collars. Aesthetically , the Snowblime has appeal, though i'm not sure how these courdoroy collars will hold up & anticipate that area to wear rather early on. I believe the Salomon boot would likely have better suited my needs in deeper snow, and perhaps been a bit more practical for my winter cycling commutes but this Vasque is still a fine quality boot and quite comfortable. I' m satisfied with the purchase and will certainly order again from Backcountry.

My mom loves these!

Sent these boots to my mom for Christmas, and she loves them! She mostly wears them to work or around the back 5 acres when walking the dogs but said she can't wait to use them on hikes when it warms up just a little (she's a whimp in the cold). They fit true to her size and keep her feet WARM! 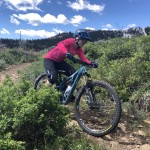 Familiarity:
I've used it once or twice and have initial impressions
Fit:
True to size
Size Bought
7.5
Height
5` 1"
Weight
150 lbs

I'm usually a size 7-7.5 and I went with a 7.5 in these. They were definitely a bit stiff at first and I'm still breaking them in after wearing them for a week or so. They definitely fit snuggly, not loosely like some other winter boots I've owned (Sorrels). I wish I could give half stars, because right now I'd rate these a 3.5. I rounded up for now. I have taken them on one big snowshoe hike so far (up Mount Lafayette in the Whites), and it went relatively well. I didn't tie them all the way to the top because I noticed that they were rubbing a little bit on my upper ankles when I did. When my snowshoes were on during the ascent, they performed well. Kept me pretty dry and warm. My feet got a little cold near the top, but I guess that's to be expected in subzero temps when the wind is blowing at about 40 mph. Once I took my snowshoes off for the decent (because we brought sleds to go down on), things got a little dicey. Because they aren't as tall as other boots, they let a little bit of snow in the top (the snow was REALLY deep). BUT that may have been due in part to me not tying them all the way. I'm still getting used to these, but I think once I break them in, they'll serve me well. 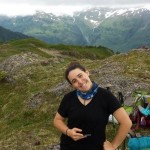 everything i was looking for in a boot.