How to Measure:
For best results, take measurements over your underwear.
Chest:
Place the tape measure under the arms and around the fullest part of your bust with arms raised slightly.
Sleeve Length:
With arms slightly bent, measure from the center of your back neck, across your shoulder and down the outside of your arm to wrist bone.
Waist:
Bend to the side and measure around the place where your waist bends, keeping the tape a bit loose.
Hip:
Stand with feet together and measure around the fullest part of the hip.
Inseam:
Grab your favorite pair of jeans/pants. Measure the inseam of these pants starting at the crotch seam to the bottom of the leg (round to the nearest 1/2 inch).

Springtime means two things: climbing season is in its prime, and the conditions are unpredictable. The Avril fills your needs for full-leg coverage yet maintains airflow with its breathable cotton blend. Stretch-woven and relaxed, these pants won't restrict your movement so you can go for that heel hook or high step.

Great, lightweight pant for climbing, hiking, and summer lounging. Don't typically write reviews but wasn't sure about sizing when I purchased these and was hoping another review might help someone purchasing in the future. I'm 5'5", 125 lbs, straight-ish hips/athletic build, and typically wear a 2 or 4 in Prana pants. I got these in a S and XS and ended up returning the S as they fit fine in the waist but were far too billowy in the legs. I carry most of my muscle in my legs so typically appreciate pants with larger space for my quads but ended up going with the XS in these. Waist is ever so slightly tight without a lot of give thanks to non-stretch drawstring but should stretch a bit with time. They sit fairly low on the hips (definitely not a mid-rise). I've worn these daily for the past 2 weeks (thanks, COVID) and have received many compliments.

I got my pants fast. They are so comfortable with great stretch. I got them for hiking. Love the relaxed fit and that I can wear the length shorter for walking on the beach. I love them. The only complaint I have is the elastic inside the waist wants to roll once in awhile. But I would buy another pair. Close to perfect for me! Thanks.

I’m a curvy short girl and once again Prana comes through with a sizing that is flattering, material that is functional/durable and styling that looks good at both the crag and coffee shop. I own several different styles of Prana’s pants and this is by far MY FAVORITE FOR CLIMBING (outdoors- haven’t tried them at the gym yet). The thick yoga-pant-style waistband and lower-set drawstring fit perfectly and comfortably under my harness while the reinforced knees held up against limestone- leaving me feeling protected but not overly hot in the Texas heat. I also love the elastic drawstring hem that can be cinched for when you need a good view of your toe/foot placement. The only annoying thing about these pants is that the thick elastic waist band often gets twisted or folded-over inside its fabric cover- like EVERYTIME you pull them on or off (think bathroom needs , etc.). This means you have to spend a few minutes unfolding/ smoothing it out (this is the reason for the 4 stars and not 5). Also, the inseam is long and although I can still wear them, I worry they will fray much sooner than the pants themselves wear out or go out of style- a “short” inseam option would be nice. Lastly, I bought the terra-cotta/coral color (which I love) but I wish they had some other vibrant color options.... like lime, or red. Overall, this pant is a lot of bang for your buck and I will be buying another pair soon!

I'm a shorty, too, and I was wondering what other style Prana pants you've had luck with!

I’m one of those walk the line between regular and plus size bodies. Prana and I have a complicated relationship — Sometimes an XL works, and sometimes there’s just no way, but I love their look and I’ve been happy with their fabrics, so I keep trying. I’m so glad I bought these pants! I alternate between a 16 and am 18 and the occasional 20 across most brands. These pants are great. They’re a twinge snug, so I do like a longer shirt with them, but they’re so comfortable. I bought the grayish brown color and wear them often. I will say that the chub rub zone will probably wear through faster than I’d like, since they have been pilling a bit, but I think that’s just how friction works on fabric. I wore them to work once (I’m a desk jockey), and that was just okay — my gut made the wide elastic waistband fold over and it was a bit of a pain fixing it at the end of the day. So, not great work pants for me. But, I’m Apple shaped, so if you’re pear shaped this probably won’t be an issue for you. I’m 5’7 and mostly torso and I thought the length was fine. The stitching around the knee made them so comfortable when on a short hike with my dogs, or in the car. They go with loads of tops and I think they’re really flattering. I know they’re a little pricey but I will definitely get another pair anyway!

These pants are so very comfortable. Sturdy but not at all stiff material. I am curvy - smallish waist, largish rear, and these fit just right, with the waistband resting on my hips, with no pulling or gapping anywhere. Nice length to wear with boots or sneakers.

buy one in every color

Excellent for climbing, very comfy for all-day/all-weekend wear! Not good if you get sweaty (like in a yoga class), but comfortable for gym climbing and outdoor climbing. I get many compliments on them, too. 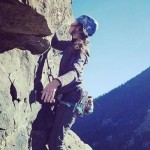 Aside from the length, which does run long on shorter people, these were some of the most comfortable climbing pants I have worn. When climbing, the length didn't bother me at all. I didn't even cinch the ankles since I could see my feet just fine as I moved. The length only became in an issue when I walked on the floor/ground and realized I was stepping on the hems. I worry I'll forget to cinch on walking and will eventually ruin the hems. Otherwise, these were great. The material is thick and sturdy and the wide elastic waistband and looser fit in the legs is extremely comfortable. I am one of those people who prefers not to climb in leggings. These pants are an almost perfect alternative for me! I wish the pockets were a little bigger, but that is a perpetual concern not exclusive to these pants and does not really affect their performance. Would definitely have purchased more if my size was available in other colors!

These thing are awesome

These pants are extremely comfortable and were bought for playing around the Great Sand Dunes & surrounding areas. They went from hiking in the sunshine to horse back riding in thunderstorms with no issues. Not to heavy and not to hot and loose enough to fit base lays under when needed. Side note, when a grasshopper crawls up your pant leg and and bites you, these are easy to get off in a hurry!!!