Though images of Pinarello's steeds usually conjure up thoughts of podiums, grant tours, and prestigious races, the brand threw us a little bit of a curve ball last year with its launch into the realm of e-bikes that don't look like e-bikes. At first glance the Dyodo road machine looked just as sleek as anything in the Dogma lineup, but the bike nearly literally pedaled itself up climbs for you, enabling cyclists to reach new highs and tackle bigger rides. This year Pinarello took note of the attention that off-road rides are getting, and opted to keep things going in the electric realm, launching into the E-Gravel world with the Dyodo Gravel Ultegra E-Bike. Whether you're recovering from an injury and trying to keep up with the crew, or you just unapologetically enjoy assistance on the ups, the Dyodo Gravel is built to take you wherever you want to go, with loftier tires than its predecessor, and a bit more comfortable geometry when you're spending hours in the cockpit — plus, it doesn't hurt that it's constructed with a sleek aesthetic that makes you look really hard to tell that it's an e-bike.

The good news is the Dyodo also rides like a Pinarello should thanks to its material choice, tapered steerer, and geometry. What you get is a bike that's stiff under power, corners like it's on rails, and its super light as well, with power assist on demand. Pinarello builds almost all of its frames exclusively out of carbon fiber, so getting the frame construction were it needed to be wasn't a hard task for the brand, however, the Dyodo differs from the brand's first eRoad offering, the Nytro, by moving the motor to the rear hub, in this instance, the Ebikemotion X35 pedal assist system, and the battery is hidden away from sight in the frame's downtube. The motor and battery only add 7.7lbs to the build making it one of the lightest pedal assist systems on the market as well as one of the cleanest looking setups.

The hub-based motor adds 250-watts and is powered by a battery that's fully recharged in 4 hours. This allows Pinarello to get the center of gravity low and allow it to build the frame, especially its downtube and bottom bracket junction, retaining a house-favorite Italian threading, much like its traditional, non-eRoad frames, where it enjoys class-leading stiffness and weight numbers. It uses T700 unidirectional carbon, just like on the brand's Prince, as its proven itself to be very lightweight but also very resilient. Another returning frame construction feature is its asymmetrical design building in extra strength and responsiveness as the bike sees different forces on the drive and non-drive sides.

Since this is a Pinarello at the end of the day, we'd be remiss not to point out some of the aerodynamic signature features that the Dyodo gains from its non-motored sibling, the Grevil, like an oval-front and FlatBack profile tube shaping throughout the frame and fork, creating an aerodynamic profile that slices cleanly through the wind without any extra materials bogging down the scale. Fork Flaps, an FSC integrated seat clamp, and aero seat post add to the wind-cutting advantage and offer clean, uninterrupted frame lines. A quick peek at the geometry chart reveals that the numbers are akin to the Grevil as well, which translates to comfort on the long haul, and a stable ride on rough, poorly-graded country roads.

The pedal assist motor will help up to speeds of 20mph, after that, you're on your own. Battery life depends on many factors including elevation, rider weight, wind etc., however, a good approximation is around 4,000ft of elevation gain in maximum support mode. Pinarello is working on an additional water bottle mounted battery that can double the range. Furthermore, the Ebikemotion hub is set up with a PAS Sensor that uses 20 magnets to detect how much power to add or disengage to your effort so you don't incur undue friction while coasting. Unit controls happen via an iWoc button that's easy to reach on the frame's top tube. You can choose the level of support from zero to maximum with a press of the button and the system pairs with an app where you can customize settings for each push that's easy to access from your phone or a smartwatch.

Other bike features include a full Shimano Ultegra build kit complete with hydraulic disc brakes. Cockpit duties are handled by Pinarello's house brand Most and the rolling stock consists of Vision Trimax Tubeless Disc wheels, paired with Vittoria's Terreno Zero 650b tires. Altogether, it’s a bike that will literally give you a boost on gravel adventures and allow you to ride with speed even if you don't have the time to train like a pro.

The first thing you should know about a pedal assist bike like this one is that it is extremely versatile. You can ride it with normal wheels and just carry the weight of the battery in the frame or use the pedal assist wheel and get as little or as much boost as you want up to 20 mph. This isn’t an “ebike” for those looking to get maximum power for minimal effort. Whereas a fancy wheelset or super light upgrades can shave a few ounces or even pounds off your ride the pedal assist can bail you out if you bonk or give you a boost when you really need it. The pedal assist also does nothing above 20 mph so you still have to pedal and can be programmed into three modes based on your needs. I found the app glitchy because when out of internet range it wouldn’t show me my battery status. This is probably the main downside to this bike though the single button has lights to tell you what you need to know. Anyway, back to versatility, one way I use this bike is riding at elevation when coming from my sea level home. So if I’m up above 9k feet without time to acclimate I can ride reasonably “normal” without getting completely destroyed by using the pedal assist. At sea level I can also swap the rear wheel with a “normal” QR equipped non-motorized wheel and instantly drop the bike weight by about 6 lb or so, making it more or less comparable to any other road/gravel bike as weight matters very little on flat courses and most people will affect their overall weight more by losing a few pounds than spending a few thousand dollars to do the same. I took this Pinarello and did White Rim which was about 102 miles with around 7000+ feet of climbing according to Strava and my main issue was dropping the chain. This could have just been an adjustment issue. Upgrading the front pads to metal helped with extended braking and the stock saddle was a dream. Obviously the stock tires are not suited to rocky or mtb style trails so you will want to make those adjustments as needed. Overall, awesome, versatile bike that lets you push your limits, ride it like a road bike or mountain bike, extend your range when you’re not up for the effort, and probably saves you many thousands in upgrading to the latest drivetrain doodads just to get the right gearing etc. I used several sizing/fit guides to get my sizing close and the 56 was right on the money with the stock stem. I’m usually a 57-60 depending on the geometry but I found this bike pretty suited to my long leg/short torso dimensions. One tricky aspect to this bike is the aero, proprietary seatpost, which could cause some issues for people. Overall, some nice carbon bits, a light, strong value wheelset in the Vision. I took these out in White Rim and through a lot of mtb style terrain with no issues at 35-38 psi. Good braking once I upgraded the front pads to metal and the front rotors to Shimano. The stock rotors are probably fine for most but the little things will be where you can make some big improvements though this saddle was A+++++ for me. 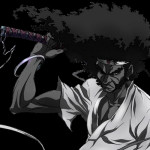 Claimed weight of the Dyodo Gravel Ultegra E-Bike is 27.6 lbs.

So you don’t actually own one and you didn’t list the weight, so......

Not sure the point of this review and does nothing to aid others in deciding one way or the other on this bike.

You’re reviewing a bike you haven’t ridden based on the fact that you don’t know how much the bike weighs? Then “I will just move-on knowing ...” Interesting approach. Incidentally, you’re incorrect.

Hey Frank, thank you for your question! Pinarello claims tire clearances of 700 x 42c, 650 x 47b, or 27.5 x 2.1″ tires, making it pretty versatile and allows plenty of clearance for most riders.

What’s the stand over on the 47cm?