Inspired by The North Face's 1996 Nuptse, the Men's 1996 Retro Nuptse Vest is versatile enough for adventures around the city or on the trail. Its lofty goose down insulation traps your body heat for reliable warmth on cold winter days, and the durable face fabric is water-resistant to keep you dry if flakes start to fall. A hood is available to protect your face from the wind, but can be easily stowed into the collar when the weather is fair, while an adjustable hem cinch blocks chilly air from entering into your layers. The two-way zipper makes it easy to sit down or get in and out of the car without feeling restricted, and two hand pockets and a secure internal pocket keep your everyday essentials quickly accessible.

I absolutely love this jacket! I get extra discount from here: coupon-bird.com

Looks sharp. Not shiny like the others. A little bit puffy. Warm. Wish it was 2 inches longer. Sits right at higher part of hip

Love this vest! Does a very good job of keeping the core warm, thats what matters most with a vest right? I also really like the hideaway hood that you can stash away in the collar of the vest. 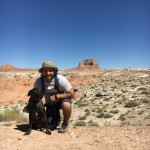 Just received and a little disappointed in the amount of down. I like the style and the larger logo but compared to my old Nuptse gear TNF seems to have "cheaped out" by using less down in the new gear. It's a shame, I used to really love TNF. I don't know why their quality seems to be going down while prices keep going up.

The exterior appearance is the same as the iconic version from the late 90’s, however the fill level of down is not the same. I would estimate each compartment has roughly 70% of the down fill that the originals did. As someone that has an original one still I can confirm side by side the lack of down in each compartment is glaring. I was very excited to purchase this but have been disappointed by the choice northface made to use less down to save money. Not the same as it used to be, but still looks great.