A long-time favorite among trail riders with a need for speed, the Schwalbe Nobby Nic Addix 29in Tire is an ideal all-purpose tire that's right at home on tough XC courses, but also perfect for demanding Enduro courses. The innovative Addix Speed compound delivers unprecedented performance over a variety of surfaces, while the widely-spaced tall knob pattern provides substantial grip while maintaining low rolling-resistance. The Nobby Nic uses a casing that is lightweight, flexible, and features an aggressive tread pattern gives you better traction loose and fast terrain.

Unless you are riding perfectly smooth hardpack dirt do not buy this tire. The first ride I took these on, I sheared off two or three nobs and blew out the tire. It was beyond repair and I had to walk out. Seriously, these tires are garbage and might cause you to have a bad crash. 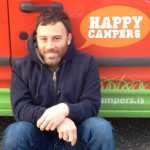 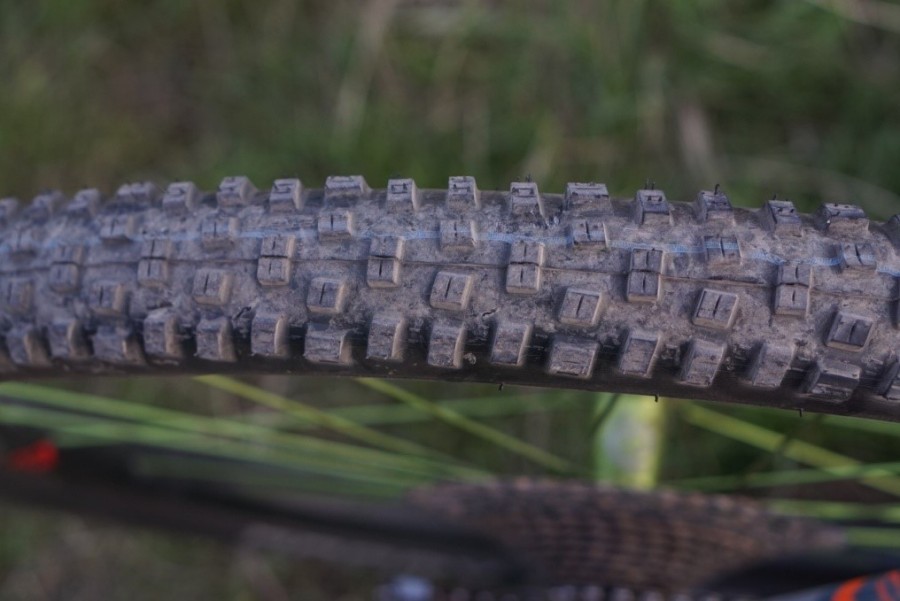 Jack Of All Trades, Master of None Tire

I mounted the Magic Mary up front and the Nobby Nic rear on an Industry Nine Trail 245 wheelset on Niner's Sir 9. I'll be honest, I've had negative experiences with the durability of Schwalbe tires in the past, but wanted to give them another chance in trying out their Addix compound. I tested them in the Salt Lake City foothill trails and Park City trails that had mostly flow trails with a bit of chundery descents. Mostly dry or tacky conditions. I've put in just under 100 miles so not exactly a long term test but at least gave me a good sense of how they performed. Schwalbe advertises the Nobby Nic to be an all arounder tire that excels in a variety of conditions and think that's a pretty spot on description. Its relatively light, has decent side knobs, and rolls relatively fast. It's also historical been the tire I tend to destroy quickly, but keeping an open mind with trying out the Addix rubber compound. As a rear tire, cornering was decent with it. I appreciated that full 2.35" but the Nobby Nic didn't quite bite as much as I would have loved for it to have when railing corners. At no point did I feel out of control on descents, but wouldn't have minded something that packed a bit more of a punch in terms of tire tread. It did brake pretty well though With smaller center tread, its certainly a fast rolling tire, which was welcome for the relatively smooth and flowy Northern Utah trails. Those knobs still give enough traction to be able to clean stout climbs without compromising. With that said, the worry of long-term durability and puncturing the tire was on the back of my mind. There was considerably more wear on it (not too surprising for a rear tire) than the Magic Mary and think it would be pretty beat up after another 100 or so miles. I've had other tires that have lasted easily double the mileage I put on before showing as much wear. The good news is I did not puncture this time around, even if it is anecdotally speaking. 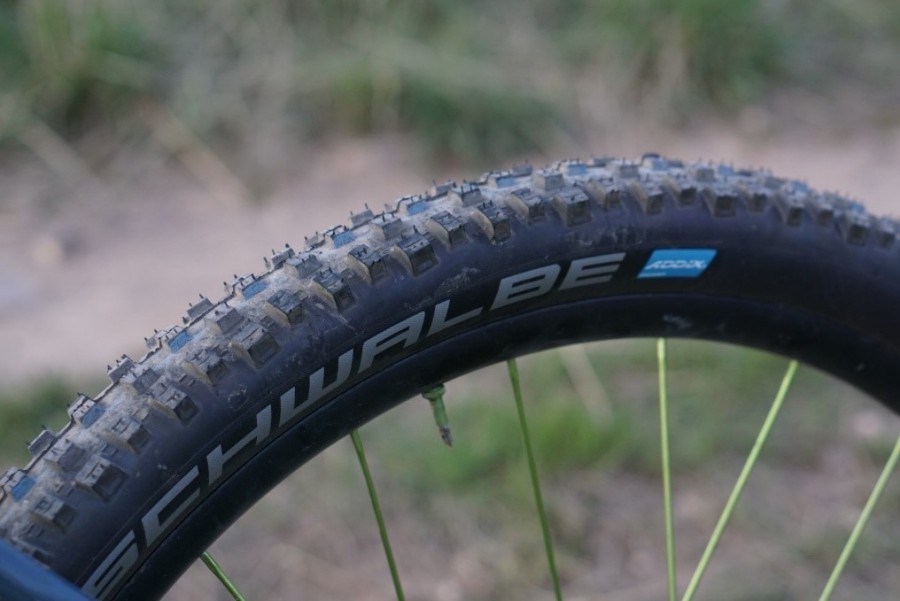 Nice and light. Its not super aggressive, but enough nobs. Does great in the sand, mud and on slick rock. Really great all around tire.