Whether we're trekking through the Dolomites or exploring the vast wilderness of Denali, the Zamberlan Vioz GT Boot performs every step of the way. Handcrafted by expert boot makers in Italy, the Vioz features a Hydrobloc full-grain leather upper, a GORE-TEX Performance Comfort liner, and a high-traction Vibram 3D sole so you can be confident that, wherever the trail leads, your footwear is up to the challenge.

I have never been more impressed with a hiking boot. I used to be an Asolo fan but wow Zamberlan has set the mark way high. These boots are amazing straight out of the box and right onto my feet. I feel as though they fit true to size (10) for my feet. No issues with any warm spots what so ever after many long walks with them on. I have always lived by the mantra spare no expense for your feet...you only get one pair in your lifetime so treat them well and with these boots I have done just that.

They Look Great, But I Have Sizing Issue

I just bought a pair in 8.5 with the ZWL (Wide Last). I expected these would accommodate my wide feet, but they are no wider than my Merrell Wilderness Boots in Regular Width. Is this pair mislabeled as Wide, when it is really Regular? Someone on this board said that the Lux version is wider. Is that true? What else is different about the Lux? I haven’t used them yet because I may return them. Any input would be appreciated.

Jon, You are not alone. I had the same problem with a pair of 14s. The wide was not perceptibly wider than the regular, and they felt exactly the same on my feet. They are supposed to be 2E wide, according to a phone conversation with Zamberlan, but I have my doubts. I love the boots, but I hate how cramped my feet are after a day of walking in them. Good luck.

Beyond comfortable, and soles holding

My dudes, I agonized over which pair of boots I wanted to buy next. I had some mid-range Scarpas I spent about $190 on, and they were fine, but after 9-10 miles on a 14er, my feet ached something fierce, even with trekking poles (though those did help tremendously, especially the knees. Alas I digress). I was up to seventeen 14,000-ft peaks and am totally addicted, so I wanted to level up. An insane former roommate had climbed all 58 14ers in CO (I know there's only 53 officially, but you negative nancies can suck it haha). He strongly recommended these boots and was on his 2nd pair. The reviews about the vibram wearing out spooked me a bit, but I tried them on at an REI, and holy cow, they just felt like a dream right off the bat. I have narrow feet, and these things cup my heels beautifully; no slippage whatsoever. The toe box is plenty roomy as well - and if you have wide feet, you can just grab the GTX Lux version which is only $40 more I believe. I strongly considered the Lowa GTX Camino boot as well, but these Zamberlans just felt more comfortable. I've worn them on Missouri Mountain and Castle & Conundrum, and my feet have felt superb the whole time. Some very minor pinching here and there every now and then as I've warmed up, but no significant hot spots and no blisters whatsoever. They are truly the most comfortable boots I've ever owned. And yes, there are some scratches and knicks on the boot after 30 miles of hiking or so, but what do you expect after slogging through jagged rocks, talus, and scree? I do wonder if maybe some of the reviewers below just got a bad batch or something. Anyhoo, just get them some place with an awesome return policy and you'll be fine. And invest in Zamberlan's hydrobloc cream - it's very inexpensive and makes the boots look practically new after any hike, plus it repels water amazingly.

I've gone through 5 pairs of Asolo's and decided to try out Zamberlan's after they were recommended by a friend. The leather on these boots is very nice. My issue is with the soles. The aggressive teeth on the sole edges tear off if you hike on rock. It took 3 days on the Sierra High Route for large chunks of the sole to begin separating. I'm sure these boots are fine if you stay on dirt trails, but if you plan to hike off trail through tallus, these soles will not last more than a few days. 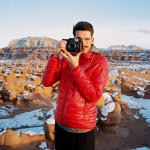 Hey Kev, I'm sorry those didn't work for you! That seems like a weird issue, and I'd recommend contacting Zamberlan to see if they have any insight or help for you. https://www.zamberlanusa.com/contact-us If you need anymore help, please use the Chat button at the top of the page, or give us a Call at 1-800-409-4502!

same thing happened to me... I kept them because they were so comfortable, wore them for another season. The soles were completely chunked out. great design but bad rubber compound. Not made for rock terrain.

Muh dudes, I have 6 years of hiking in these, on the roughest, sharpest, hottest, nastiest rocks you can imagine, and have had ZERO of these sole disintegration problems. They are the grippiest, most stable sole I've ever worn. Sum ting wong...

That is weird. Three years backpacking, with a lot of high altitude boulder hopping and no issues with the soles showing unusual breakdown

I just got these for my husband and he is obsessed! They are SUCH good quality, they fit great, and he says he could wear them all day out of the box! Super great shoes!

im going to start out this review by saying that ive used nothing but sportiva boots for 30 years ( whether it be for hiking, heavy backpacking ,ice climbing or mountaineering),and decided to give these a go... im VERY IMPRESSED !!!!!! out of the box i took them up a 13er and were sooo comfortable. since then ive taken them up 8 14ers and have only a little bit of wear on the toe and sole..ive literally tried to beat the shit out of them !!!! easy to walk in due to the flex system, and again, VERY COMFORTABLE.. and not heavy feeling at all for such a burly boot... and also, the gore tex has held up GREAT without needing to reproof...TWO THUMBS UP !!!! 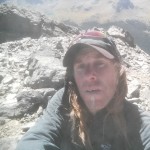 Actually I have a question -

Are these boots crampon compatible- ? 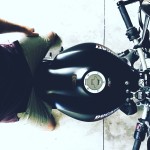 I've used articulating crampons with straps, not step-ins with an older version of these and it works for moderate stuff but since the last isnt full length there is flex... i have also popped crampons off and taken some falls when using boots like this for climbing with that setup so its not ideal for steep ice/glaciers.

Familiarity:
I've put it through the wringer
Fit:
True to size
Size Bought
42

Let me start by saying I have owned a pair of these, and the boots are something else. When you first put them on, your foot has rocker right into the next step, its effortless. Not to mention the fit was true to size, and the waterproof nature of the boot lasted for a while before needing reapplication. I am recovering from an ankle break. I just bought another pair yesterday without blinking an eye, as the first pair wore out a couple years ago 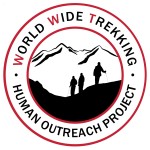 I kept blaming everybody else around me that they have dog poop on the bottom of their shoes. After months I realized it was my Vibram sole boots that was smelling. I've tried everything to get rid of the smell and can't. I love these boots and don't want to throw them away.

I Had to have these right when i put them on. So Comfortable and confidence-inspiring. Easy to waterproof. I hiked, ran a chainsaw and framed houses for two years in these boots. I might complain that the soles wore down quickly on hard surfaces, but thats not really their purpose. After a few years, my favorite part is that they never got stinky, which is rare for me. Always fresh and dry. 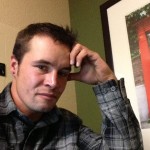 They are very lightweight, give me a good boost when walking, and are very water proof. They don't breath the best, but that's the trade off with water proof.

Review of the Zamberlan

After a hike in Tahoe 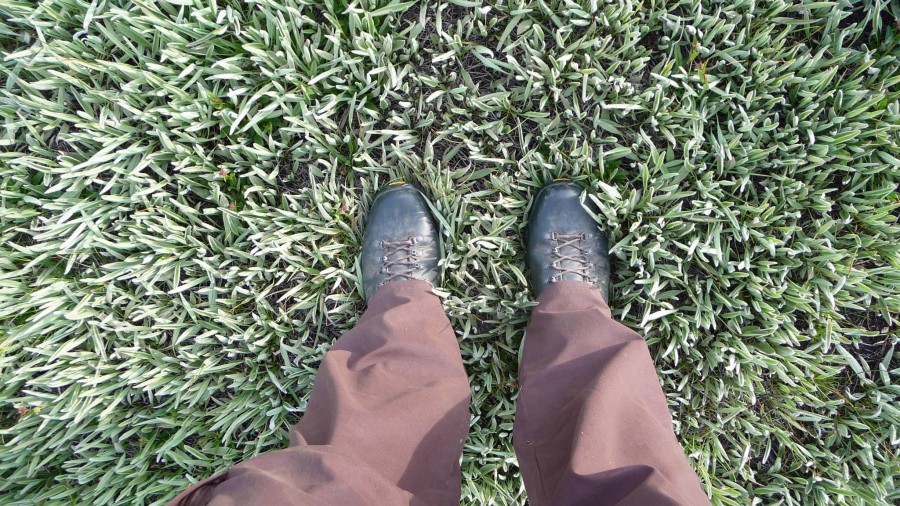 How to Clean those boots

A little video I made on how to properly clean the Zamberlan Vioz GT. Leave your comments !

Very informative, thanks for sharing Samuel! Love the pants too! : )

My review in video

After purchasing the Zamberlan 310 Skill GT and quickly realizing that I needed a beefier boot Idecided to go with this model. I have tested these boots in 5 different hikes averaging 10 miles per hike and these are super solid. I have ankle problems so I needed a much higher boot that really supported my ankles. The break in time for these requires a little more time than the Skill GT but they are forming to my foot nicely. I did get some minor rubbing on the balls of my feet a bit but I think its my feet getting used to these new boots.. they still need a few more hikes to be properly broke in. The Skill GT really required no break in time for me but did not offer the overall ankle support that these did. I feel very confident in these and my hiking days allows me to be much swifter and nimble due to the confidence and support these bring me. I have not had the chance to test these in rain or snow but from what I have read they would be extremely capable. They do get a little hot inside the foot bed on warmer days but its not that big of a deal. Having bought my second pair of Zamberlan boots I think I am now a devoted customer. The comfort of these boots and the overall build quality is just amazing.

perfect for my feet

I had never heard of this company before. I purchased a pair of asolo boots but had to return them because of a size issue. I was going to get the correct size when I decided to give these guys a try. The Asolo boots where a bit heavy and stiff. These boots are great. They are quite nimble out of the box and very comfortable. I wear a 10.5-11 and the 44.5 worked fantastic. I'll update as I wear these. I am going to use them as my daily footwear and also as my backpacking boots. I hit all types of terrain and loads so they'll get a workout. Update, these boots are freakin the best. I have 300.00 danners, a plethora of "on sale" boots that I have purchased through the years, none of them compare. They keep getting more comfortable. UPDATE; Doing outstanding. First trip and I cannot be happier. These boots are the best I've ever owned. I'm 52 and former basic infantry USMC so I know what that means. They also help my ankles look thin. :) Okay, now it has been over a year of constant wear of these boots. They have performed flawlessly. They have been my daily footwear of choice and I couldn't be happier.

Do you have ( Men's US size 10 Regular ) Zamberlan Vioz GTX Backpacking Boots?