In the early days of mountaineering, an alpinist would have traveled to the farthest end of the Earth for a boot like The North Face Men's Verto S6K Extreme Boot. Designed to protect your foot from the harshest conditions on the planet, this is a technical mountaineering boot through and through. Fine Italian craftsmanship ensures that every stitch and contour is in exactly the right spot, and modern technology elevates this from merely a boot, to an indispensable tool.

HydroSeal waterproof technology, PrimaLoft insulation, the Vibram outsole, and the carbon fiber lasting board all give a nod to The North Face's attention to detail and commitment to use only the highest quality materials and technologies. You get unmatched warmth and weather protection, the type of foot and ankle support that only a mountaineering boot can provide, unquestionably durable construction, and full crampon compatibility from heel to toe. This boot weighs only 4.7 per pair, and it's the most important 4.7 pounds you'll wear into extreme weather and through legendary terrain.

Very good boots, just not for me

Just recieved these boots and there is a lot to like about them. They are super comfy and easy to put on and tie. I really like the aerogel and they seem super warm from the little bit I have worn them. Unfortunately, my heel does not fit very well in them, and I get a bunch of heel lift and slop. This could be fixed with a different/stiffer liner, but then you loose hte aerogel.

Here's the end of the velcro closure, showing that the tab is too small. 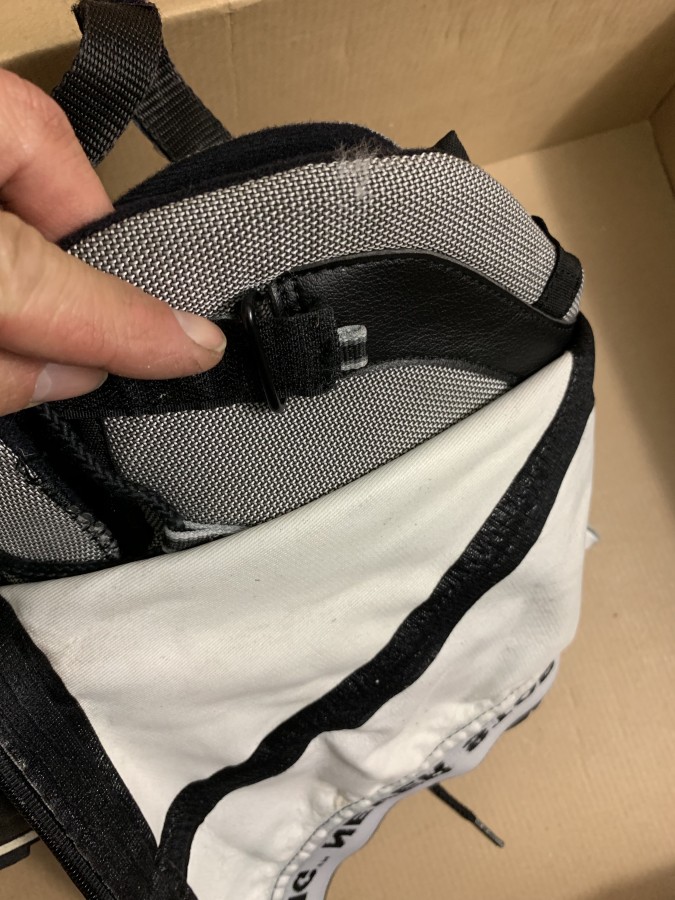 I purchased these boots for a week long Winter Mountaineering School in the Adirondack State Park in New York, in the Lake Placid area. I am a novice at 'Winter Mountaineering' in hard sole boots. This was the first week of February, 2019 when a 'polar vortex' was forecast to move into the region with temperatures expected of -25 degrees. I had previously purchased (and returned) at least a half dozen brands and models of Winter mountaineering boots before settling on these North Face boots. These boots are made in Romania, not Italy, and I was not unhappy at all about that. Some of the points which caused me to keep these boots, and which I found beneficial on my trip, were firstly that based on my physical examination these boots would keep my feet warmer than the other boots I tried (almost all available models with a removable inner bootie). Specifically, the removable inner bootie is thick and heavily padded (and has a quick lace system), and the boots also have a non-removable, and thicker, insulating lining which is attached to the outer shell. So based on this I concluded these boots must, due to the total thickness of the insulation, be warmer than the other models I examined. I wore, in zero degree (F) temperatures, wading through deep snow, only a thin liner sock, a vapor barrier liner, and no outer sock. My feet were warm at all times, except perhaps when standing still in camp for several hours at that temperature. So from that standpoint I am very satisfied and would recommend these boots highly. For me that was and is the most important criteria in choosing a Winter mountaineering boot. Also, the boots were entirely comfortable to wear for ten hours and fit my standard width size 11 foot perfectly. After ten hours, yes I wanted to get out of the boots, but was never in discomfort. Some additional points are that the boots seem to be waterproof, but are marked as water resistant. Also, I was able to walk around camp and hike without snowshoes very comfortably. I was quite surprised on this point. When fully tied and zippered, the boot fits perfectly, with only the tiniest bit of toe pressure when going down steep (60 degree (+)) grades for several miles on snowshoes. However, and perhaps because the boots are still new, they were very difficult to get on. The soft removable bootie, with its rubber-like bottom, caught on the rear of the boot itself and would not easily slide into place. The video I have attached is not fair insofar as I'm holding my iPhone with one had and putting on the boot with the other, nevertheless I think you can see what I'm referring to. Also, the tab at the end of the velcro closure is too small and its very difficult to thread through the metal ring; impossible with gloved hands. And the metal ring itself, you can see in the video, is improperly attached to the boot so that the velcro closure does not nicely pull the boot closed. Note also the placement of the velcro strap interferes with the zipper; the velcro strap creates a bump which the zipper must be pulled over. In fact, and this is the reason I will return the boots as defective, is that the zippers used on these boots are not robust enough for their intended purpose. You can see here a photo of where the zipper actually separated. Fortunately when I pulled the zipper down to the bottom, and back up, the zipper re-seated itself and appears fine. However when that happened in the lodge, just before heading out to the mountain, I thought my trip was over before it began. And each time I put the boot on for the next five days, and had to pull on the zipper with extraordinary effort (to get past the bump at the velcro closure), I was fearful of the zipper pulling apart again, and this time not in the lodge, but in camp with temperatures just above zero degrees. I used some beeswax and the zipper is functioning much better now after its been worked a lot, however I am still very concerned it will fail at the worst possible time. 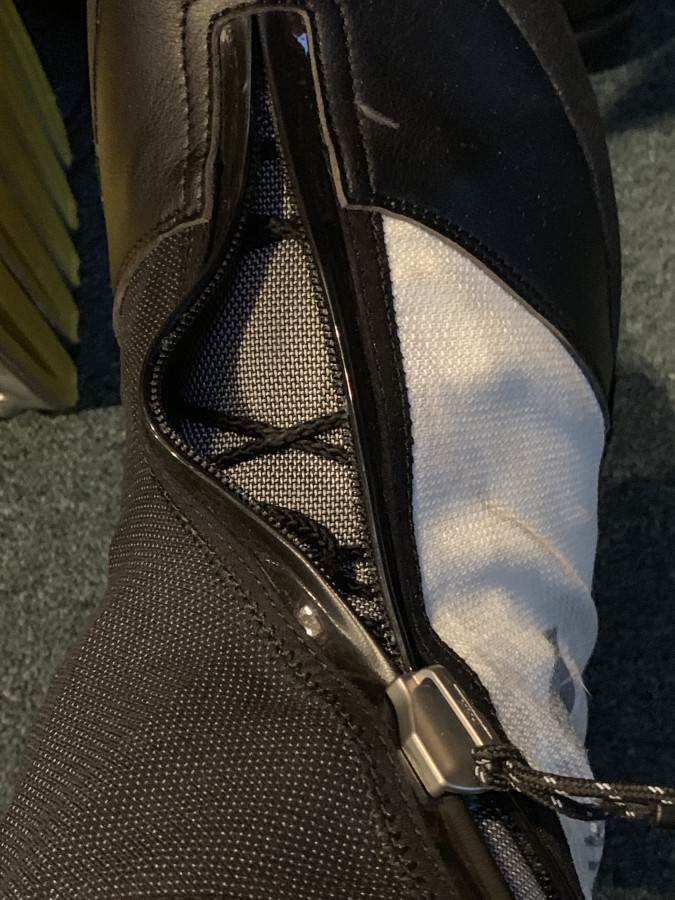 Lubricate the zippers before use

Solid boot. I was in the market for a double boot for mountaineering and potential ice climbing in the future. The boot is solid and functions as you would expect. The main driver behind my purchase was I managed to find the boot on sale for almost 50% off making it an excellent value. The removable liners are great and very warm 200g of Primaloft does the trick. I wear a size 12 sneaker and have a wider foot. I went a half size up with this boot and purchased a 12.5. This was an excellent idea and the boot fits well. I generally wear thinker winter sock and liners sometimes. The boot is very comfortable. My only complaint about this boot is the first time I used it on a trip the zipper on one of the boots split down the middle after I had zippered up the built in gaiter (photo below). Even with the help of a friend (we tried to pull the zipper back down) I was unable to move the zipper. It was not until I was home and added silicon lubricate to the slider and zipper that I was able to force the zipper back down and then up again, fixing the split. I have not had this happen to me since, but I am a bit more careful zippering up the gaiters. I would recommend lubricating the zippers at home before your first use. Also, even with the gaiter not functioning I was able to complete a moderate trip that day with good conditions. Overall the boot is great and works well. I have used them on several multiday mountaineering trips successfully. To be honest if I had to pay full retail for these boots I probably would have just opted to go with the La Sportiva g5s but I they were a great deal and have worked well ever since I lubricated the zippers. 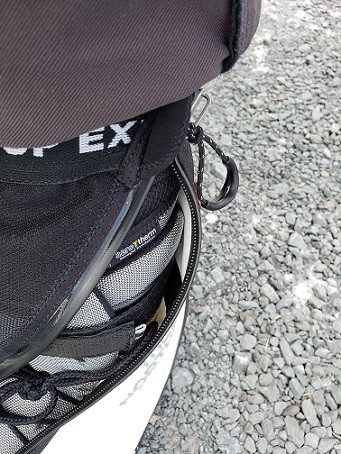 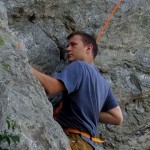 The product came 3 days ahead of time, extremely amazed and satisfied take 20% off coupons from coupon-code.info

The boot is incredibly light weight. This boot design clearly takes from the very popular Phantom 6000, which is arguably the most agile climbing double boot there is. TNF version is just as light as its Scarpa competition, It has a quick lacing inner boot that cinches with a pull of the strings and releases with a pull of the buckle. The outer boot needs to be tied. I added a simple cinch to make it just as fast as the inner boot. The outer gaiter has a tight rubber sealed zipper similar to the Scarpa, but it is not TZip brand, and the decision to go with an off brand zipper will show The fabric of the outter gaiter is incredibly thin, it is not advertised or marked as water proof. yet the inside each seam is carefully waterproof taped. The insides of the ankles are made of slash resistant super fabric like 8000m boots. The midsole is pure foam, similar to the Spantik. This decreases weight and increases insulation at the cost of durability. The front and rear crampon welts are strong plastic. Looking inside the boot the Inner bootie is pretty thin, about 1/4 inch thick wicking fabric and primaloft on the inside. It is nylon on the outside. It is most certainly not heat moldable foam like the Brauntse. There is supposedly Aerogel in addition to primaloft in the toe and underfoot. The insole is open cell foam, and absorbs sweat. This inner bootie is much more breathable, yet at the same time the insulation chosen can be affected by moisture, and implies the need to wear a VBL sock with it. Under the Bootie is an visible carbonfiber shank plate from heel to toe. The boot flexes slightly, I would almost consider it a semi flexible boot design class B2. It accepted BD crampons fine, and seemed to kick into ice just fine. Pros: Walks well, easy to lace, climbs ice well, good sensitivity to climb rock. Inner boot dries faster because it is breathable. More affordable than Phantom 6k or Spantik. I'd say I felt comfortable climbing 14k ft in winter, and camping at similar altitudes in winter. Never took it higher than that. Cons: Zipper jammed right out of the box. Pulled on it and it stripped a few teeth out. I lubed the zipper with mineral oil. Solved the problem. This sort of boot should come with lube like the Scarpa 6ks. Bootie is too thin compared to Spantik or Baruntse boots for me to consider Denali or similar cold weather climbing even with an over boot attached. The super-fabric is especially thin, and after one misstep a crampon put a small hole into mine. The lacing system did not cinch the foot securely, and descending on dirt, caused my feet to swim around and get nail banging and blisters. I could not figure out how to lace them better to prevent this. Major bummer. Fits small. I would size up, but they do not carry the 48 or 49 size for me.

I faced a very similar problem with the zipper. The first trip I used these boots on my zipper split after I zipped it up. I used silicon lubricant when I got back and was able to fix the zipper. It has not failed on me since.

Anyone know anything about these things?...

Anyone know anything about these things? Are they brand new or something? How do they compare to the Phantom 6000, or the Spantniks?

I had the Verto s6k regulars for 2 years now and have been very happy with them. I heard that Northface bought the rights to the Sportiva boots for a year to design these, and then sold the rights back. So these are modeled after the batura's. They are super comfortable and warm and have held up to a lot of abuse.