The Mastia Climbing Shoe is Tenaya's most aggressive kick for stomping your hardest sends yet. Its sharp asymmetry and curved downturn are designed with overhung boulders and technical sport climbs in mind. This is the first shoe that Tenaya made with a thermally molded heel cup to ensure a secure fit as well as complement the rand's long-lasting dedication to maintaining the shoe's downturn for life. It features Vibram's best rubber in the gripping business to ensure reliable traction on greasy plastic holds and slippery rocks alike. Tenaya split the rubber sole at the arch to allow greater freedom of movement to transition from vertical to overhung terrain with equal prowess.
Learn more

Heel is non-baggy, sizing is different

First I have to say I am a huge fan of Tenaya shoes. I have several pairs of their shoes including Mundaka, Iati, Masai, Inti, and Tatanka. Mastia is different in several ways. First, it runs at least a size bigger than Iati (see picture attached, both size 11) and wider too. Second, despite a split sole like Mundaka, it is significantly more rigid and less sensitive. In fact, on their website Tenaya actually gives it a 4/5 on rigidity, which is the highest of any shoes in their lineup. Third, the heel cup is great, much less baggy than any other Tenaya I have. However, I like Tenaya because of the narrow, precise fit, and sensitivity. The only thing the Mastia would do better will be heel hooking, which I don't do a lot. In fact, Mastia reminds me some Scarpa and Sportiva shoes I tried before. So I will have to return them with regret. I hope they put the molded heel into some other shoes in near future. 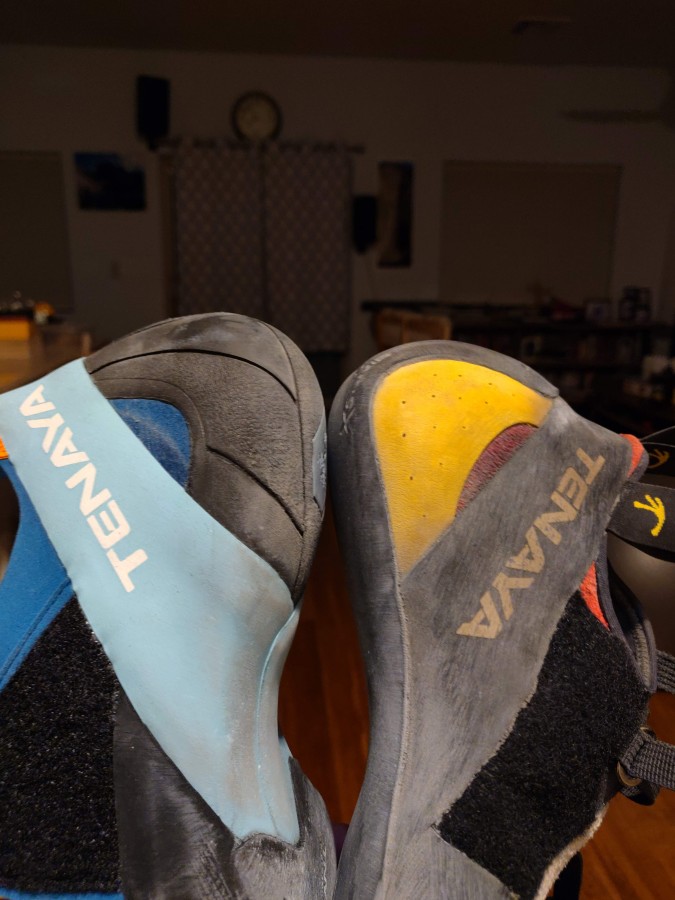 I have been climbing for about two years and have never been able to find a shoe that fits my heel. I have high arches and a skinny heel - I've worn the LS Skwama and 5.10 Hiangle and both were great shoes but did not allow for solid heel hooks because the heel was too baggy at the back. Even the Scarpa Instinct, which is supposed to be great for small heels, was too big. I was really hesitant to switch over to the Mastia, but as soon as a tried it on I knew it was the shoe I was looking for. It fits my heel almost perfectly. The strap can also be angled properly to allow for a snugger fit in either the heel or forefoot. Although they're tight on my feet, they aren't painful on my toes, which I can't say for lots of other shoes - comfortable right out of the box. I haven't worn the Mastia for long now, but have repeated some climbs that I previously did with my LS Skwamas and was impressed with their edging and smearing abilities. This is my new go-to shoe for sure! I am a woman with a US size 9.5/10 street shoe. I sized down significantly to a US size 6 men's / 7 women's in the Mastia. I tried half a size up initially but after warming up a bit I found my foot was sliding around slightly. So, plan to size down about 2.5 to 3 sizes for the right fit.

One star off for fast wear. My preferred shoe has been the Scarpa VSR over the past couple years but I knew I needed to try the Tenaya Mastia as soon as I saw it. Both are similar: single-Velcro performance shoes with a soft rubber compound, built on a wide last. The Mastia offers more sensitivity than the VSR through the thin XS GRIP sole, a smaller but adequate toe hook patch, and maybe the best heel cup Iv tried (once I size down again). These shoes are at home bouldering, sport climbing, and in the gym. I reached out to Tenaya regarding sizing, they recommended downsizing two full sizes from street shoes. I found that this is not quite enough for me and will get my next pair 2.5-3 sizes below street shoe. Despite feeling a bit looser than I’d like the performance has been exceptional. In a smaller size I expect they will feel even better. The molded heel on the Mastia deserves a bit more attention. I was never able to wear Tenayas because of the weird, deep, bulbous heel cups but that all changed with the Mastia. Somewhat reminiscent of the Skwama, this thermo molded heel is both supple yet thicc and meaty. I found it excelled on both friction heels and technical heel hooks on small holds or features but in this size isn’t as tight as my scarpas. The Tenaya Mastia is special to me in the way it offers performance, comfort, and sensitivity without feeling like its doing too much or too little. This is the type of shoe that you don’t think about when you’re climbing, it just does it’s job and doesn’t get in the way. Cons: Smaller toe hook patch than the Instinct VS/VSR XS Grip rubber is not as sticky at XS Grip 2 Not the best at edging (just like all soft shoes) Thin Rubber wears out quickly The Mastia has proven itself as a worthy contender and once I fine tune my sizing I expect these will become my new tool of choice. Street Shoe: Size 11 Instinct VS/VSR: Size 42 Mastia: Size 9 (not quite small enough) Update: over the course of a month in Chattanooga I picked this shoe over my VSRs on every climb, every day. It excelled on the southern sandstone and is holding up well so far. Looking forward to seeing how long these last, will definitely be downsizing more on the next pair. Update 2: I have worn through the shoe fairly quickly as expected. Being a heavier climber (180lbs) likely contributed to this as did the gritty southern sandstone. All in this shoe lasted me about 20 hard days of outdoor bouldering, your mileage may vary. Still a big fan but it’s gonna lose one star for durability. It has also occurred to me that this shoe would probably be excellent for smaller lighter climbers who appreciate a softer more sensitive shoe. 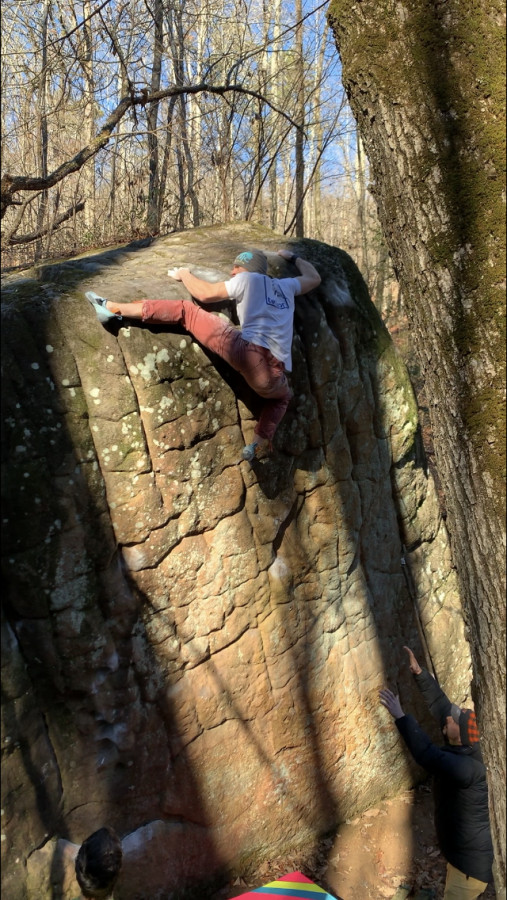 I don't see what the country size is for the listing. Is it EU, USM/W or UK?

I very happily wear the Tenaya Mundaka in a size 8. Should I expect the same sizing and fit from the Mastia, or should I size down another half?

I wear a US 8.5 in the Ra and a Euro 39.5 in women's Solutions what should I choose for sizing in these? I am very curious as I like how comfortable Tenaya shoes are but I do not have anywhere near me to try them on first.