Keep Fido visible with a little help from the Ruffwear Beacon Safety Light. This bright LED dog light helps your pup stay safe and visible in low-light conditions and can be set at slow flash, fast flash, or steady. Sturdy, compact, and water-tight, the Beacon clips onto your pup's collar, pack, or harness. Additionally, it's USB rechargeable and comes fully equipped with a standard USB charging cord, so you're able to give it a little extra juice on the fly. The Beacon also comes with three different color options: red, green, and blue.

I used this ONCE before it fell off my dog and was lost forever. It was clipped to her Ruffwear jacket in the spot designed for the light. It was a great light while it lasted...but was a complete waste of my money. It would be cool if they could redesign it to actually be secure.

Makes my dark girl so much safer at night! Has 3 different color settings, the blue is by far the brightest with red being a nice middle - about as intense as a bike light etc. It fit well onto my girls harness and hasn't came off during walks or wood/creek play time yet. She's VERY noticeable. 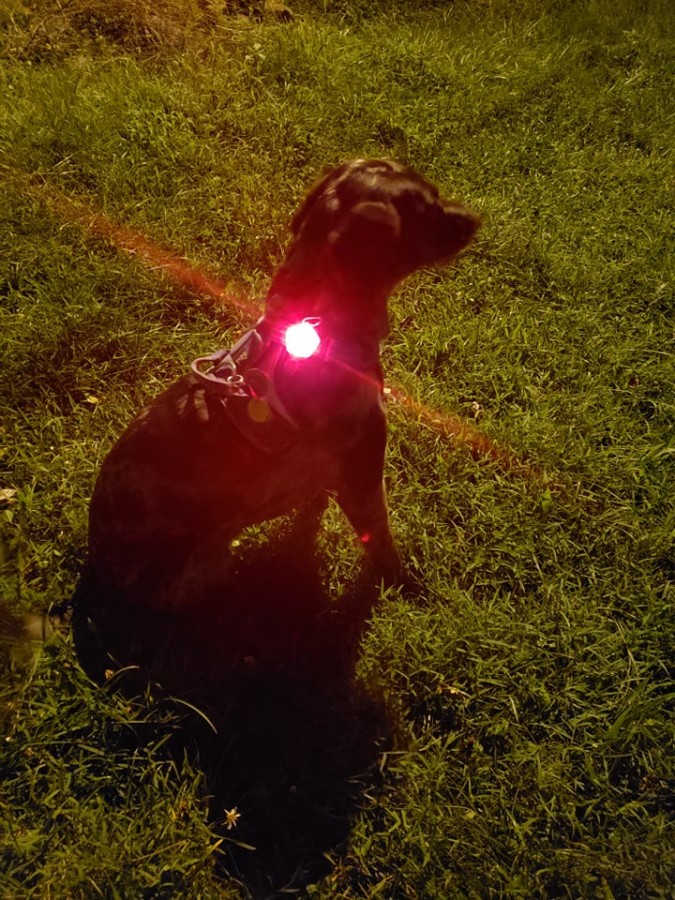 Great light if it doesn't fall off first

Love the overall functionality of the light - the multiple colors are great if you have multiple dogs because you can easily identify which one you're looking at by color. Also, the USB charger is a great idea. However, none of these features were really helpful for me, because the lights kept falling off of my dogs. Not sure about you, but when my dogs are in the woods they play HARD. I tried the quick clip first, and this was just way too flimsy and insecure - the light would fall off after about 30 minutes of play. Then I tried using the quick clip with the key ring attached to the D ring on my dog's collar as a fail safe. Both points failed and I lost one of the lights for good. Even though the light is better than other ones I've used, I'll be returning to the Nite Ize SpotLit Carabiner Light. They're 1/3 the price and with that carabiner clip, I've never had an issue with them falling off. If Ruffwear changes their attachment, I would happily purchase again. Until then, not worth it! 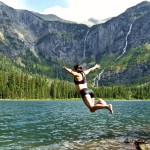 Ok I might be totally obsessed with this product. I bought another 3 Ruffwear Beacons... for yet another useful option. I plan on using them on our backpacking trips! The battery life is amazing long-lasting, they are waterproof, & give us 3 different colors to choose from. We can hike in low light or in the pitch black and have visibility for what feels like miles. Lol. I got the idea when my head lamp failed me and my dog Tripp’s beacon light was my only light source for the next 2 nights! Thankful I had my Goal Zero Recharger handy too!!!

I Love this Beacon Light!!!

I have 2 & have given away 6 as Doggy Presents for my family & friend. They Love This Amazing Ruffwear beacon safety light!! They are USB chargeable, waterproof & the best Doggy lights ever invented!! Lol. Great product & I highly recommend!! 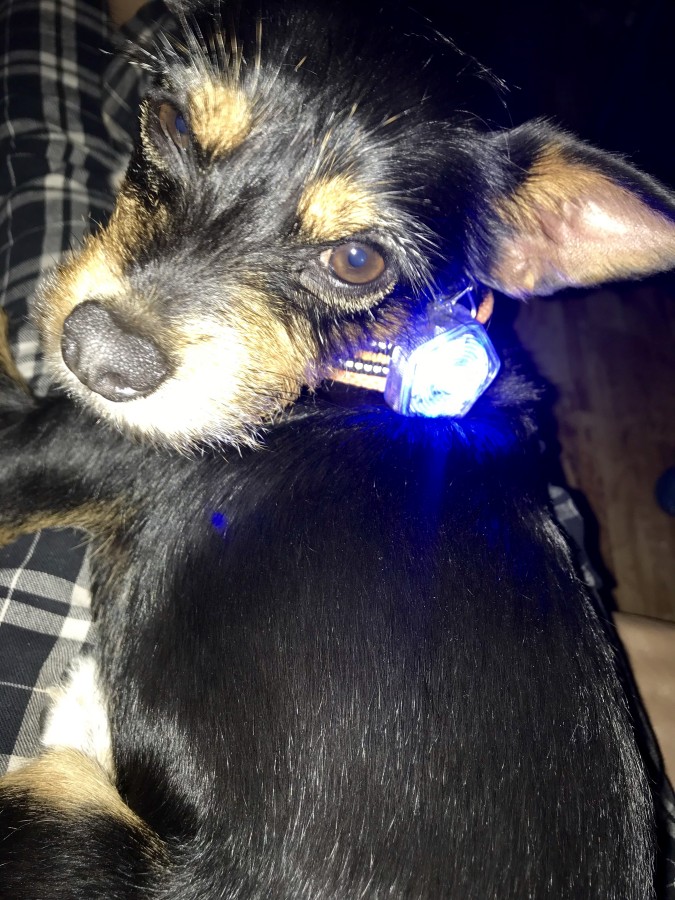 The charge lasts a good long time and is so bright that Iâm able to see my dog really well from quite far off.

I love this beacon light!

I read a article that reinforced my love of Ruffwear products. This beacon is also available for the blind & visually impaired. I have purchased a total of 5 beacons and will be purchasing at least 2 more for husband & myself to use on our backcountry hikes & adventures! It’s a fantastic way to keep an extra eye on each other & the multiple light colors , speed & waterproof make this a must have for your pups & all your adventures. 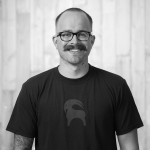 I really like this dog light. I like how you have three different color settings that you can choose from in case you run into some other pups with the same color shining that way you can tell your doggo from another. It is a nice feature that it's rechargeable and it's great that it's waterproof. The light is secure on the collar and I haven't had any issues with it coming off. I recommend this light for sure!

This light is great for the pup or backpack or whatever you need to put it on. It has multiple lights colors and settings. I love that its rechargeable compared to my other light. The size is a bit big but it doesnt add much weight! 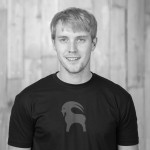 Water proof, long battery, holds tightly on collar, charges easily, you can not ask for a better dog light. Best dog light I have used by far.

I love that this light has multiple settings. I can give Woodrow his own color. If another pup's light is flashing red. I can change his to blue. It is great that you can charge this light. We tend to charge it on our drive to adventures. In the past I would go through dog collar lights so fast and I have had this one for over a year. It holds steady on Woodrow's collar too. I've never had it come off. 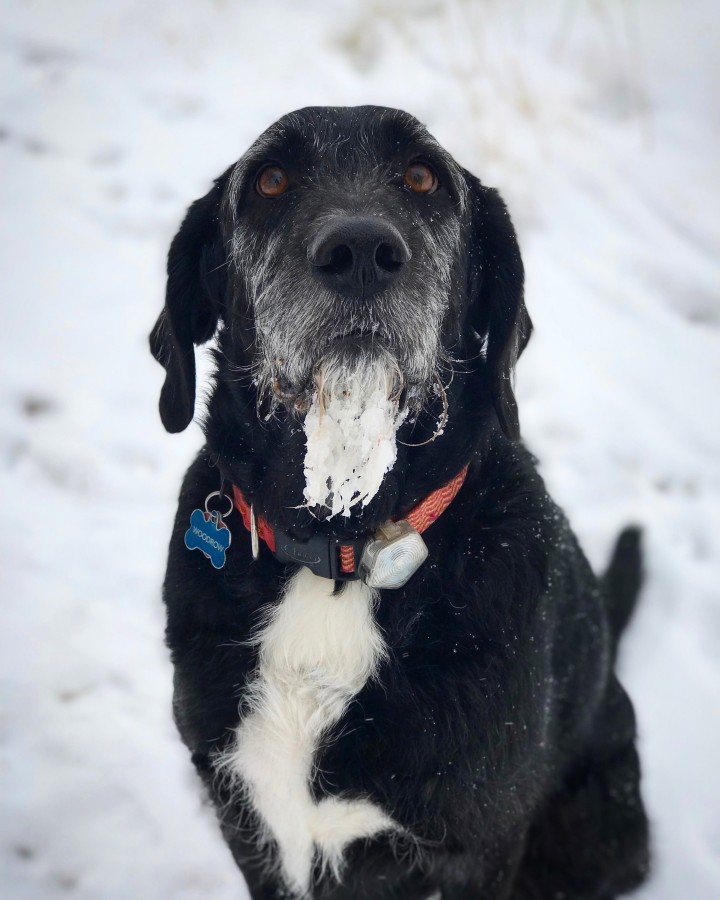 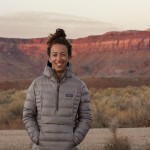 the best I've found yet

no complaints, really nice rechargable light for when I need to see where the dog goes. 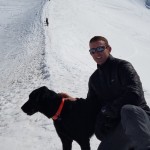 The Ruffwear Beacon is the BEST and Brightest dog (wearable nightlight). It can get wet up to 10 meters (Fantastic for Water loving dogs) and has a USB charger port & cord included. You can choose from 3 different colors & 3 different speeds/ modes! I can finally see my black dog everywhere he goes! I first used it on my PCT 3 day hikes and never had an issue with battery power or brightness. I've used it for our multiple day kayak trips without concerns. I highly recommend this product to all animal lovers or anyone who wants a Great light with USB charging options. I always get compliments and just recently bought 2 more for my dogs that I board as gifts! Best Product out there!!! 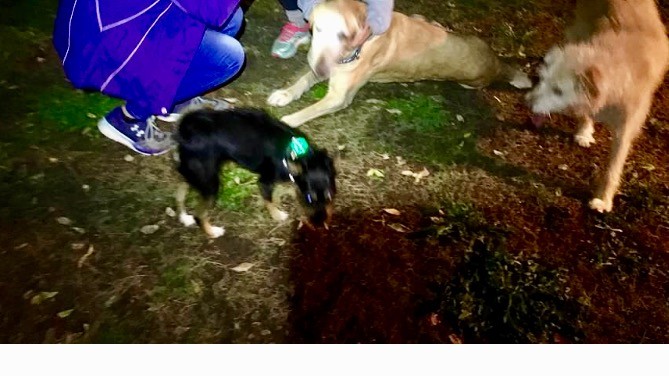 LED Underbody Kit... but for your dog!!!

It looks pretty nifty, have yet to lose my dog in the dark. My dog loves it! I don't know why, he can't see color. And every time we go for a night run or stroll Dekym looks like he's auditioning for a role on the next The Fast and the Furious movie *cause we all know it's coming*. Plus it's rechargeable, cause ain't no body got time for batteries!

Nice little light for the pooch. Really like the USB charging, great for charging in the car on the way to the trail. The clip design could be a little better to allow more movement.

Pretty Good, Could Be Better

I liked this, but wish it were better. Used it for the dog on recent backpacking trip. Followed a reviewer’s advice & didn’t just rely on the clip, used the fixed ring too. Glad I did bc the clip opened on its own after a few hours. Very difficult to attach the ring to a canvas loop on his Ruffwear Approach Pack, big pain but it was secure. I liked the variable light settings & their differing battery life cycles, appreciated the choices when in the woods without ability to charge. Wish the light was brighter, bc it was tough to see him in woods when he got >25 yds away. But, that’s prob nitpicking, since I don’t wanna be blinded up close. Seems like good construction & gave me additional peace of mind for reasonable price, so I’m satisfied.

Keep an Eye on Fido

This is a must-have accessory for all adventure dogs! Especially if your dog likes to wander away from camp to check out all the good mountain smells. Ruffwear jackets have a dedicated light loop compatible with this little light. I'm pretty impressed by the water resistance and rechargeable battery. You can see all the battery life details in the photo. Pen cap for scale! 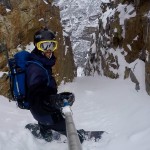 As the sun set in the Unitas I attached the Ruffwear Beacon Safety Light to Rory. I set the light on blue and could find her wandering around the camp site. If you like to keep you dog off leash its a nice way to keep track of your doggo in the woods! Easy to use, easy to charge, and choose between 3 colors or blink settings. 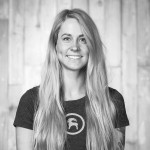 I run in the Uintas with my puppo and I have found him deep in the forest just by seeing this light on his color. Seriously a necessity for dog owners who frequent wild places. 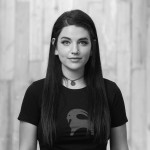