A rotor saved is a rotor earned.

Disc Brakes have been a great advancement for mountain bikes. We love them and can barely remember bikes with anything but. However, sometimes demanding terrain, heat buildup, or even packing and shipping a bike will leave a rotor out of true. They may get bent easily, especially the larger 180-200mm discs, but as easily as they bend the wrong way, you can bend them right back into shape with the Park Tool DT-2 Rotor Truing Fork. Truing disc rotors is actually much easier than truing wheels, so there is no excuse to hear them dragging as you ride down the trail.

The Park Tool DT-2 Rotor Truing Fork is laser cut from tool steel and features two narrow slots, just big enough to slide over the thickness of the brake rotor -- one at 90° that works really well for manipulating the spokes on the rotor and another at a shallower angle that allows you to gently work the braking surface of the disc without scraping your knuckles against the spokes.

Tool for the kit

Great for those little rubs

Great for getting out those little annoying rubs.

Park Tool never disappoints, and the same goes for their disc brake tool. Tired of hearing the constant tic of your rotor clipping the pad? Get this and you can fix it the "right" way.

Pro Tip: bend a little bit at a time. Don't be in a rush. 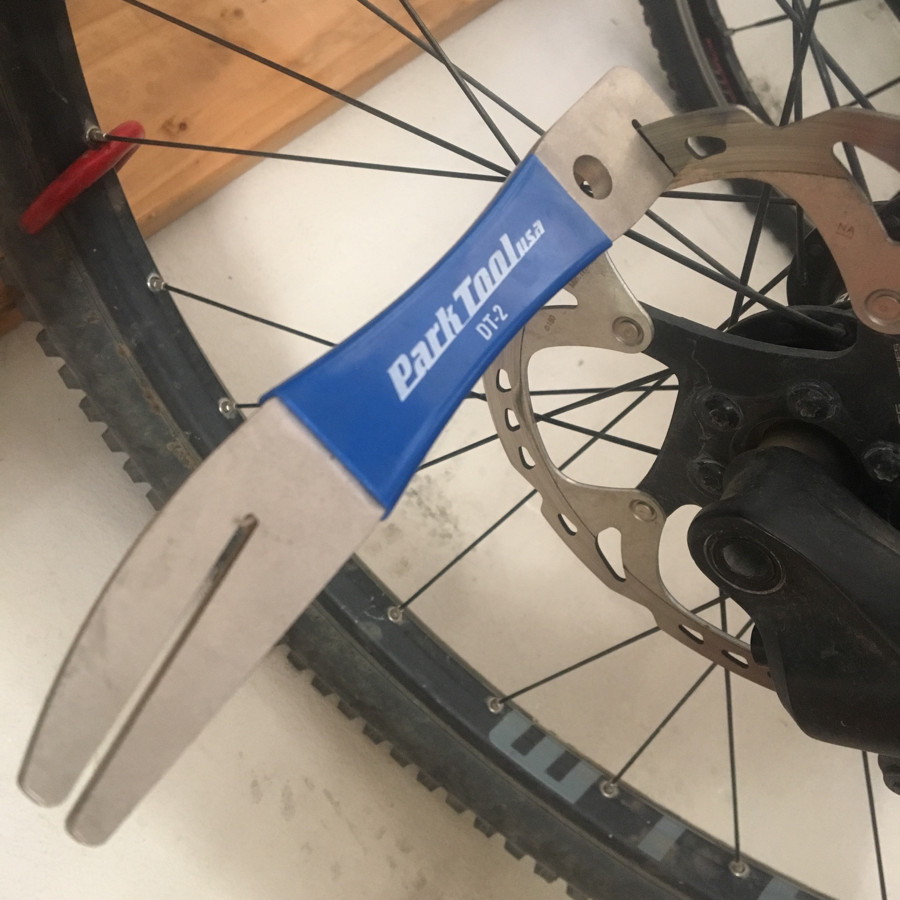 Great tool for getting that bent rotor straight. Works quite well but some are beyond fixing.

My first use of the DT2C came from having a random sagebrush branch get stuck into my front disc (size 200mm) as my bike crash-tumbled away from me. When I picked the bike back up, i could see it was definitely outta whack. The wheel did not want to spin more than a few rotations. Oh, it was a nice walk back to the truck. Although, once I got home, it only took about 10 minutes to get it all trued back up and spinning touch free again. The second time, on my old commuter, the squeal and rubbing of the rear rotor (size 160mm) was driving me cray cray. Come to find out, it had gotten a nice heat wobble and decided to get funky. Surprisingly, I could not get it to true out properly and ended up tossing it, and springing for a new rotor. Sometimes it'll work, sometimes it won't. But then again, I've only gotten to use it twice over the past couple years. 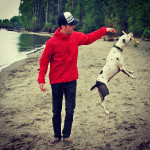 Perfect Tool For the Job

This is a 1/2 inch piece of steel with notches cut out of it to adjust your disc rotors. It is very solid and is a great tool for anyone with disc brakes to keep things rolling true.