Whether it's the thrill of reaching the summit or the ski down, you and the Black Diamond Super Light Mitts were made for the mountains. The Super Light's Gore-Tex XCR insert, Pertex fabric, and PrimaLoft Kodenshi insulation ensure your hands stay comfortable and in working condition so you can belay your ice partner, adjust your harness, or take off your skins after a precarious skin uphill.

Bought these mittens three years ago, they've been used a total of four weeks. Regular alpine skiing, nothing especially hard on the gloves. For the first two weeks they were the warmest gloves I'd ever had. Starting with the third week a little cold crept in, and the following year I needed liners and chemical hand warmers. The insulation had packed down and lost most of it's loft and thus it's ability to retain heat. They had been stored in a non compressed state, and the external gloves were completely intact. For the price of this product it should really have lasted much longer given the mild use it received. Recommended for performance while new, not recommended due to poor durability.

Do you suffer from cold hands all the time? Does winter affect that even more? These may be just the gloves for you! So warm and toasty, but comfortable. Have used skiing, winter trail hikes, dog walks, even shoveling on those bitter mornings. So far I have to complain about the uses. They are a little bulky, and can make some things a little hard to do, such as work smaller ratchets. Aside from that, these are big time winner for me. It is a mitten on the outside, but the liner is a 3 finger, so you get a little more material to hold the glove in place. 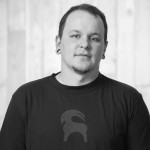 Warm But Not Durable

These gloves are definitely warm, but the leather on the palm has ripped after having them for two months. Will not buy again. Black Diamond gear has always been nice and durable but these definitely are not.

I have the Mercury mittens and wanted something even warmer! These things are awesome!

Warm in Siberia and Rural Mongolia

These gloves were a lifesaver for me in both Siberia (and all over frigid Russia) and rural Mongolia. I have Raynaud's so I was concerned going into the trip about my hands, but they were toasty warm. I highly recommend these gloves for extremely cold temperatures.

Def warm, but not for me

The gloves are definitely warm. So warm that my Hands end up sweating and I have to take them off to dry. The things I don't like is how poofy and bulky they are. I got a medium and I still feel like it is too big. There is very little dexterity with these also. 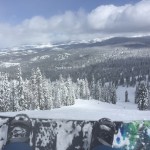 I run cold. Very cold. I haven't tested these yet in super cold weather (-30 celsius let's say) but I've used them daily in Canada skiing for 3 weeks in weather between -12 and -5 Celsius and these are the warmest mitts I've ever had. Sometimes on the ski lift I cave to curl my fingers in if it's chilly (the rest of hand is always warm) but more often than not my hands are steamy hot to the point where I have to take them off for a bit. No hand warmers! On a 0 Celsius day (32F) I had to switch to lighter mitts I would have been too hot in these. They are pricey, yes, but if you run very very cold they are a good investment. I've tried so many mitts and these are by far the warmest! And light as well. If you're looking to really shave off weight, these weigh less than most of my prior mitts that left my hands freezing. The worse thing about these gloves, is that people remark on the size of them quite a bit but it hasn't really bothered me much.

These mittens are great. I have raynaud's and can never keep my hands warm. I bought a pair of the black Gore-Tex version for my husband for Christmas, his comment was that they were ridiculously warm, although he wore them for the entire ski season except for one day when he let me borrow them. Granted, we were skiing in Colorado in near zero to teens temperatures. After trying his, I purchased a set of the lime green Pertex version of these mittens. Having tried both, I can say for certain that these Black Diamonds are the warmest, best mittens that I have ever found ... however ... The black Gore tex version is much sturdier and seems like it will wear much better. Also, the liner in the black version is a little heftier and doesn't seem like it will pack out as fast. When I bought mine, the green one's were all that was left in my size, and if that was the choice, I'd still order because they were great. If I had the choice, I'd go for the older Gore tex version which might not be available anymore but was clearly a higher quality version.

These mittens will keep your hands WARM!

$179.95 is a lot for a pair of mittens. Last week I skied in single digit temps in Vermont - as far as I was concerned it couldn't have been colder. These mittens were comfy and warm all day - with no liners or hand warmers! OK, OK, I did put my thumb with my other four fingers when I rode the lift but other than that these mitts just didn't quit. For really cold days, I am trading in my Grandoes with hand warmers for these. Be ready if you buy the green - they're really green and they're really puffy - kind of like an oven mitt - hey, who cares if your hands are warm. And as an added bonus the green are less likely to grow legs and disappear.

These are insanely warm. There is also an interior index finger split which is nice. I got an XL, which is my normal glove size, and they fit perfectly. All in all, I am very satisfied with these mitts from Black Diamond. Worth the money.

I bought these gloves right before a ski trip to Jacksonhole and I am glad that I did. The average hi temp when we were there was -3 F and these gloves kept me super warm almost to the point that my hands were sweating. I would recommenced these gloves for anyone that wants a great glove that is super warm in cold temps. I got a size Large and it is perfect for me.

Hey Iain - I would recommend you go with the Black Diamond Super Light Mittens in Small based on your measurements. Feel to contact me directly with any further questions. - Kyle Livingston