How to Choose the Right Ski Length

How to Determine the Correct Ski Length and Width

While there’s no equation that looks like (height x weight)/(skill level)√magical number = perfect length in the skiing world, there are a few tips that can point you in the right direction when you’re trying to figure out which length of ski is right for you.

Likewise, there’s no formula regarding width; the prevailing sentiment post-fat-ski-revolution seems to be, “Ski the widest ski you can without sacrificing performance,” and as a generalization, we tend to agree. But should you ski on wider skis? And if so, how wide do you go?

The Long & The Short of It

Length changes the way a ski performs while you’re going in a straight line, while you’re turning, and while you’re skiing at any speed. Within a single make and model, a shorter length will usually make the ski more nimble, which leads to quicker turns and more maneuverability at slower speeds, while the longer lengths in that ski will have a longer turn radius and be more stable at a higher speed. The reverse is also generally true: longer skis tend to be more sluggish at slow speeds, while shorter skis tend to lose stability as you go faster. It stands to reason that as a general guideline, taller, heavier people and more advanced skiers tend to prefer longer skis because they have more leverage over the ski and feel more comfortable making longer turns. Shorter, lighter people (and less-experienced skiers) will usually feel more comfortable with the maneuverability of a shorter ski. 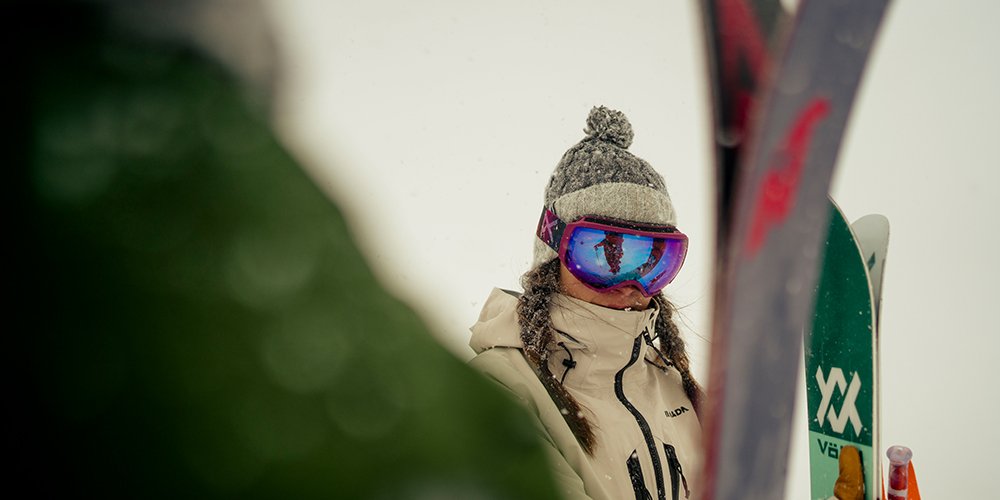 Get Out Your Tape Measure

We mentioned before that there’s no single formula to give you the right size, and there isn’t. What there is, however, is a good old rule of thumb to point you in the right direction. First, take your height and convert it to centimeters, and use that number as an indicator of the ski lengths you should be considering. Your height will be the mid-point of a 30-centimeter range of ski lengths. For example, a 5-foot 9-inch person is about 175 centimeters tall. Assuming nothing else, that individual should probably be seeking a ski somewhere in between 160 centimeters and 190 centimeters long. A beginner should start at the lower end of the range, while a more advanced skier will likely prefer something longer. Another way to describe this is to use the head of the skier as a reference: a beginner should start somewhere under the chin and work up to the nose, while an advanced skier can start at the nose and continue up from there. Here’s a basic guide to choosing the right ski length based on height and weight.

What about Effective Edge? 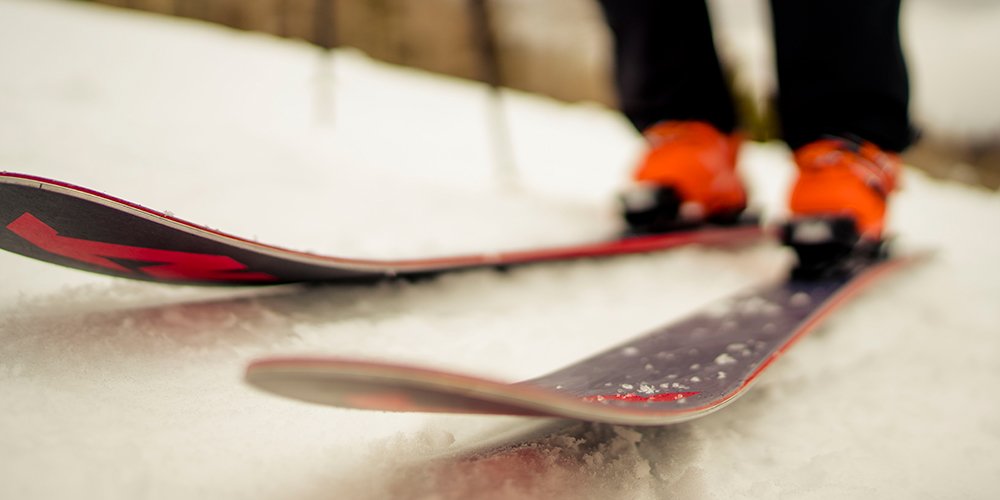 One thing to remember is that your ski’s profile is going to change its effective edge, or the length of the edge that is in contact with the snow when you’re skiing a relatively hard surface. The effective edge for a cambered ski is fairly long, because the points of contact are close to the tip and tail. But on a ski that’s cambered but with an early-rise tip, the point where the edge engages the surface is further back, making the effective edge shorter. So these two skis, even if they may technically be the same length, will ski very differently. The hybrid-profile ski with the shorter effective edge is going to offer less control at speed and less stability in variable conditions, but will float better in powder. For that reason, you may wish to go a little longer if you’re getting a ski that’s rockered or had a rocker-camber combination. 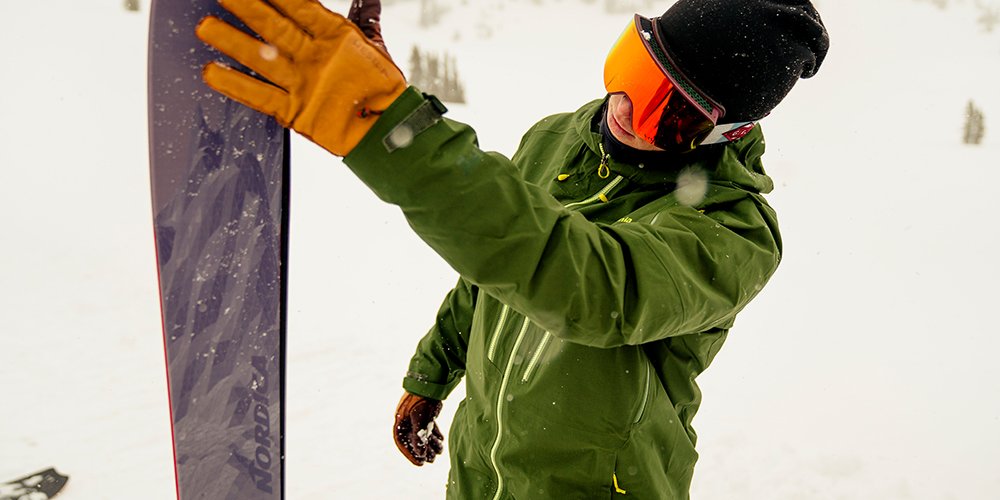 Back to our questions about width. The first question has a simple answer: wider skis put more surface area in contact with the snow. Snow is uneven, thus a wider ski creates a more stable platform for the skier. Think of a piece of corrugated tin, with its troughs and ridges. Place a ruler parallel to the ridges, and it will slide down into one of the troughs. Now place a wider item, like a book, in the same orientation. It bridges the troughs and lies flat without tilting; the same thing happens on a dynamic stage as a ski widens. Wider skis also spread the weight of a skier over a larger surface area, making the skier effectively lighter per square inch of surface; this is why powder skis allow you to “float” above the snow instead of sinking into it.

For the second question, we need to think of a ski tilted on its edge on a flat plane. Surface area is no longer a factor because the edge is the only thing in contact with the plane. On a narrow ski, the binding and your boot are close to the edge, so it takes less force to place and hold that ski on its edge on hard snow. Flip that in reverse, and it takes more force to place and hold a wider ski on its edge on hard snow, because your boot and binding are further away from the edge of the ski.

How this translates to actual ski widths is a matter of snow conditions. Soft snow deforms under the weight of the skier, so a wider ski will flatten out the irregularities and be more stable underfoot. Hard snow doesn’t deform as easily, so a narrower ski is needed to concentrate the weight of the skier and give the edges purchase for turning. The most extreme examples of this theory would be ice skates, on the one hand, and waterskis on the other. For snow skis, however, the 60-65mm range at the waist is about as narrow as they go (any narrower and you risk “booting out”, or contacting the snow with the side of the boot). Narrow skis will give you great grip on hard snow, but be very twitchy and unstable on anything but. The widest skis fall in the 145-150mm range at the waist; any wider and the force on the ankles is too great, even in soft snow. Where the balance between stability and edging performance lies is a matter of preference, but here is a loose guide we made up for ski waist widths, using no scientific instruments whatsoever:

There will always be exceptions to the rules we’ve outlined. Just like any of the other characteristics that define a ski, length and width are something you choose based on the way you ski, the terrain and snow you ski on, and the way you want to ski it. The most important lesson to take away from this article is that nobody can tell you what ski you “should” be using; it’s up to you to go out there and borrow, rent, or demo skis until you know what feels right.