All Wrapped Up In One.

The 404 NSW wheelset stands up pretty tall, relative to its peers, in the mid-depth aero wheelset field. Adding tubeless compatibility and disc brakes, as featured on this version of the tubeless 404 NSW Carbon Disc Brake Road Wheel has done, takes it over the top. It's an all-out race wheelset where its disc brake ability and reliable carbon layup allows it to venture off the beaten path. Tubeless capabilities extend its versatility since tubeless tires can roll at lower pressure for a more comfortable ride, better traction, and less rolling resistance both offroad and on. Adding a bit of sealant to the tires can seal up small punctures before you know it and allows you to explore roads on a road bike that you would have never imagined just a few years ago.

Despite the advancements to the rim, which is the element of the wheel that Zipp's tagline of "Speed Weaponry" is typically associated with, we're going to start here with the Cognition hub. Blasphemy, we know, but the Cognition makes a strong case for itself. We'd even go so far to suggest that the NSW's Cognition rear hub may be the most exciting innovation we've seen in factory wheels since Zipp first introduced its bulging sidewalls. The hub owes its sex appeal to Zipp's Axial Clutch freewheel design, which features two Metal Injection Molding (MIM) ratcheting rings—one mated to the freehub body and one mated to the hub body. The two rings are machined like a ratchet, so they ramp off of each other while freewheeling but engage each other during pedal input.

Compared to a standard pawl design, which actually resembles a drum brake and engages from the inside out, the Axial Clutch's MIM rings engage laterally to reduce friction, so the engagement mechanism itself doesn't tax as many watts from your efforts. We're familiar with this model, as we've seen similar mechanisms on the designer hubs featured in top-end custom builds for years now, but Zipp is the first to replace the usual tensioning agent, steel springs, with magnets. This substitution further reduces friction between the ratcheting rings, making for what may be the smoothest freewheel on any mass-produced wheel. It also carries the added bonus of sounding really, really cool. The Cognition's Axial Clutch system emits an aggressive, ominous growl compared to the typical Zzzzzz of pawls. It's a design that we suspect will eventually be the norm, but—once again—Zipp is leading the charge.

Shiny new hubs aside, we'll get back to the subject you probably (and rightfully) expected to be the headline for a new Zipp wheel: the rim. The brand's signature Aerodynamic Boundary Layer Control (ABLC) dimpling returns with a new designation. It's called SawTooth Technology, and it consists of ABLC dimples applied in a single pattern repeated in 12 discrete swathes (or "nodes") across the rim's surface, looking much like the strokes of a paintbrush. Zipp's description of SawTooth's effect is a bit erudite, with the company claiming a 34% reduction in side wind forces compared to the previous ABLC pattern. It achieves these gains by "reducing the laminar bubble effect on the aerodynamically shielded side of the rim's profile." Translated into saddle speak, that means while rolling at 20mph and above, the rim's dimpling is designed to dispel the negative, drag-inducing force on the rim's non-wind side.

SawTooth's premise stems from 42 computational fluid dynamics studies and testing that spilled out of the wind tunnel onto—gasp!—actual roads. In the actual wind. You know, the conditions that we actual cyclists face every time we throw a leg over the top tube either side of trainer season. To help understand how SawTooth works, consider an aerodynamic NACA shape in the pristine wind tunnel conditions of zero-degrees yaw. When air resistance is perfectly head-on, drag only exists in a parallel plane with an object, so a teardrop NACA cross section reduces drag to its absolute minimum by reducing the wake. Turn the yaw angle upwards of 15 or 20 degrees, though, and a true NACA shape begins to experience drag from the side opposite crosswind pressure as well. This lateral drag is Zipp's "laminar bubble," and it's the phenomenon responsible for the violent instability that leaves us wrestling with our bikes on gusty days.

Though Zipp was one of the shape's early adopters, the industry is now replete with rounded, bullet-shaped rim designs that aim to lessen destabilizing drag from crosswind forces; however, if Zipp's numbers are any indication, the SawTooth nodes take that reduction to a whole new level by better controlling crosswinds as they detach from the rim's opposite face. While deep rims will always be more vulnerable to lateral forces than shallow box clinchers, the NSW rim shape and SawTooth Technology contribute to a ride that requires less correction in windy conditions, and the corrections themselves are more subtle and intuitive than with yesterday's NACA profiles.

The improvements in aerodynamics even extend to the wheel's graphics. The rims are finished with Zipp's ImPress graphical treatment, which involves directly printing the aesthetic embellishments onto the rim rather than applying decals. This leaves the SawTooth nodes of ABLC dimpling uninterrupted and unimpeded all the way to the tire bed—keep in mind that there's no brake track on the rim to hem them in.

Speaking of which, it's only appropriate that we end the way every good ride does: with the brakes. Rather than the impressive braking of Zipp's Showstopper brake tracks, which feature on other 808 models, these wheels are only interested in rotors. Disc brakes do something that rim-brake carbon can only dream of: surpass alloy in terms of modulation, responsiveness, and overall stopping power. Knowing you can depend on your brakes means you can carry more speed into corners, brake later, and not worry about locking your wheels up when an unexpected obstacle—an off-leash dog where a trailhead connects to a canyon road, the inevitable sudden motorist, rubble sloughed off of a canyon wall—materializes.

Though it's depth means it's obviously best suited as a road wheel, the 404 NSW is built well enough to handle some light gravel abuse. Toward that end, every NSW Disc Brake wheels ships with thru-axle conversion end caps for 12 or 15 x 100mm up front and 12 x 142mm in the back. The wheels also include standard quick-releases, so regardless of your gravel, 'cross, or road axle standards, you should be covered. 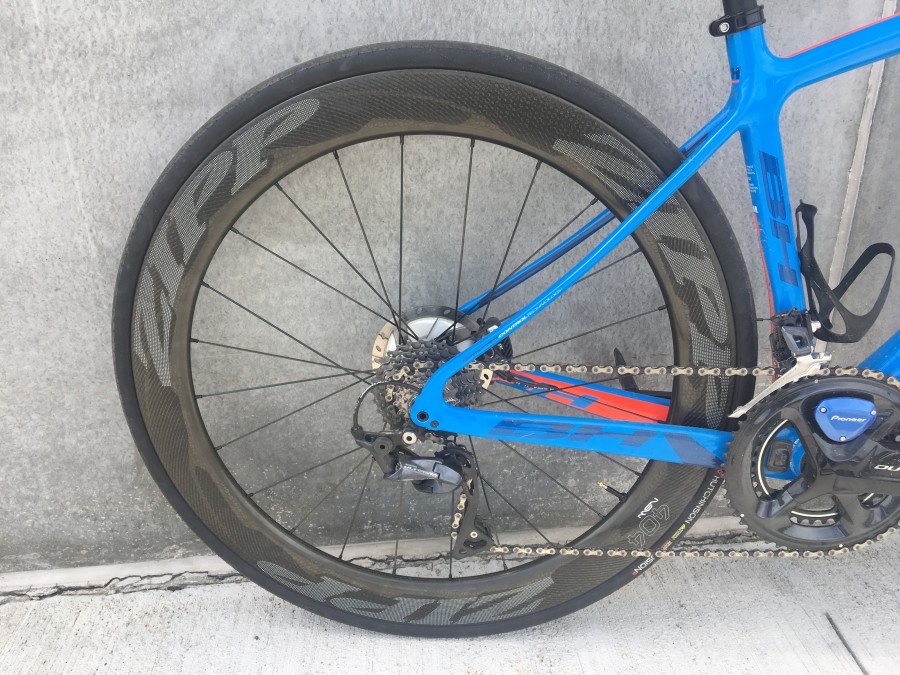 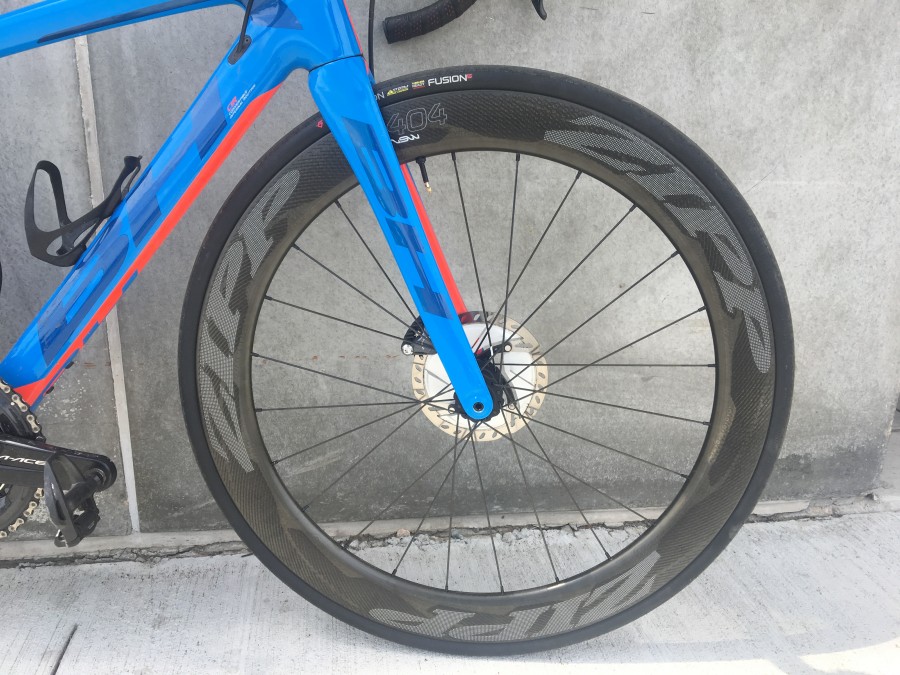 I just took a set of these out under an F10 disc, and I was blown away. These wheels just wanna go fast! You'll never lose a watt to bearing drag on the NSW hubs, and unless your're a gorilla, you're not gonna be able to get the guys to flex. Believe me, I tried. Even though it's a wheel that will excel primarily on the flats, you could easily ride these as an all around wheelset. Please feel free to get in touch with me directly if you have any questions!

Joe do you use these as all rounders? Also are running clinchers or tubeless?