Never leave a bike behind.

Those trails aren't going to ride themselves, so you'd better load up your bikes in the Yakima RidgeBack 2 and chase down your dream singletrack. Don't worry about wasting time getting set up, because the RidgeBack comes fully assembled; just use the tool-free SpeedKnob to secure it to your tow hitch, cinch your bikes down with the replaceable Zip Strips, and hit the road. Even when the going gets bumpy, the anti-sway cradle will keep your babies from crashing into each other, and the UpperHand lever lets you tilt the RidgeBack down so you can access your vehicle and folds it flat for storage when you're not carrying your bikes. When you're finished riding, pop open a cold one with the built-in bottle opener and start planning your next day.

If you’re going to leave the Yakima RidgeBack 2 on your vehicle season-long and carry only one bike you’ll likely be satisfied with this rack. For the rest of us, I’d suggest you look elsewhere. Why? Let me count the ways: (1) it is heavy and a bit unwieldy when mounting and unmounting, (2) the tongue doesn’t simply slide into the receiver but requires some wrestling given you need to align a moving part in the hitch adapter required for a 2” receiver (come on Yakima, why not just build the tongue from 2” stock?), (3) I don’t care for the method by which the tongue is secured to the receiver (again Yakima, why isn’t a solid pin anchored completely through the receiver used rather than the small-diameter pin which penetrates only a fraction of an inch through one side?), (4) the old rubber stretch-style anchors for attaching the bike are easier to use and much less likely to be lost than the “ZipStrip” anchors included with the RidgeBack series, but most importantly (5) there is insufficient room on this rack for 2 bikes without either scratching them or padding the bike frames (yup, I scratched two brand new mountain bikes on this thing while transporting them home from the shop).

Bottom line: I typically begin a review with what works before offering suggested improvements. The poor design of the RidgeBack 2 doesn’t leave much to praise.

Speak design, easy to use! That's was the the biggest worry. I needed quick and easy to use. It's good quality and this is not cheap! I have used it a couple times and have been impressed. 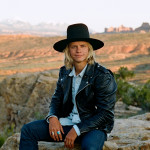