After years of being hounded by ultralight fanatics and weight-conscious backpackers, Western Mountaineering finally gave in and created the Nanolite 38 Quilt. This unbelievably lightweight and compact quilt is primed for summer backpacking adventures where the nights are mild and the hikes are wild.

The quilt concept is predicated on the idea that you don't need insulation on the bottom of the bag, because when you lie down on it, the down gets compressed and doesn't insulate anyway. Instead, quilts use the insulating power of your inflatable sleeping pad to do the insulating for them. By cutting out the excess insulation and zippers, it significantly reduces weight and bulk. The Nanolite features a simple attachment system that secures it to any mummy-shaped sleeping pad, so you get a warm, comfy night's sleep without worrying about your pad slipping out from under you.

Another advantage of this quilt is that it offers more room in the top and hips, making it ideal for side-sleepers and campers who shift around a lot throughout the night. And while a lot of quilts on the market suffer from poor closure leading to excessive heat loss, the Nanolite has a top collar that drapes around your shoulders to lock in core heat. Not to mention, the entire thing clocks in at well under a pound and packs down to the size of your water bottle, making it the superior choice for summer backpacking trips.

My go to Quilt!

I purchased this quilt in a size regular last year. I've used it quite a bit in between the time I purchased it and now and absolutely love it! It's warm, light and packs down super small in a compression sack, but I use a Hyperlite roll top stuff sack. Excellent warmth to weight ratio. Durability is excellent. I'm not incredibly delicate with it packing it up in the morning and I've had zero issues. I throw it in the dryer on no heat, fluff setting for about 10 minutes after a trip before storing it in the provided storage sack. My only complaint, is really a personal preference wish... I wish they made the quilt in a short length like they do their sleeping bags. 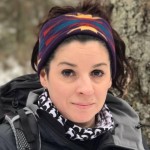 UPDATED: I've left my original review of the bag below, but wanted to update it after using it more. I used this bag on a two night trip of the Eagle Rock loop in Arkansas' Ouachita National Forest over the 4th of July and on the first 6 nights of the John Muir Trail beginning 8/8/19 from Happy Isles. I barely got inside the bag on my trip to Arkansas because the temps and humidity were too high to necessitate crawling inside except for just before sunrise. On the JMT I supplemented the bag by wearing a puffy. On just about every night I woke up with condensation predominantly in the footbox but elsewhere throughout the bag as well. On a morning that was below freezing my whole bag became crunchy with frost once I got out of it and laid it out to dry. There was no rain during any of my trips and the walls of my shelter felt dry so I started to do some researching into what was happening. After reading Andrew Skurka's long term review of the Western Mountaineering Astralite(same bag with more down) I found that I'm not alone in experiencing this phenomenon. According to Skurka WM has acknowledged that the coating on the fabric hampers its breathability. Given the condensation issues the bag's performance is greatly diminished in my opinion. My feet are generally the coldest part of my body when I sleep and that's the part of the bag that suffers the most. Aside from that, the bag is amazingly light and great about half the time when it doesn't have condensation problems. I've only got three nights in the bag, but I'm mostly happy with the results. This was my first experience with a quilt. I spent all three nights in Big Bend at the end of March backpacking the outer mountain loop with night temps in the lower 40s to lower 30s. I slept in a lightweight capilene base layer and Patagonia Micro Puff hoody and shorts and was completely warm and toasty except for my feet on the colder nights, which was my mistake since I forgot my extra pair of socks. I did get some condensation in the foot box which I don't totally know how to explain. I used a single walled tent which could've been the culprit, however the wall of the tent was totally dry to the touch when I woke up. Either way probably not an issue with the bag. I also used a Thermarest zlite the first night car camping and was totally warm and at lower elevation. The backcountry nights I used the Neo Air xlite sleeping pad which certainly added some warmth and should be factored in when choosing this quilt. When I awoke on the second morning in the Chisos Mountains at around 7000ft there was a decent layer of frost/frozen condensation on the metal bear box so I assume lows had to be very close to or below freezing. I'd say the bag is very accurately temperature rated and for that I'd give it an A+ considering how insanely light it is. I think a bivy, heavier base layers, or even a more insulated sleeping pad could easily extend the comfort rating of this bag into somewhere in the 20s with proper experience and campsite location. My only complaints, like others said, is the strap and cord system. I think it could use a redesign to be a little more user friendly and less of a tangled mess. I know the folks at Katabatic get rave reviews on their attachment system for quilts.

That's all i needed to hear. Just hearing condensation seals the fate of me not buying this quilt. Thanks for the review. How did they fix the issue? I see the same shell available unlike the astralite?

Like Asylimn said, they fixed this issue by updating their design

Can someone tell me how they have fixed the issue on the nano. I see the astralite shell has been changed but what about the nano? 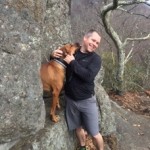 I've used this two nights in some unexpectedly colder weather than forcasted and I was able to stay comfortable with baselayers and my down jacket on. I'm not a fan of the strapping system, it could use some work frankly. I ended up modifying it myself with some flat clips added to the loops. Love the collar, love the weight, the fill feels substantial. Great product, could use some refining. Update: I've been using this all through this spring and summer now and have yet to have any issues with it. With about 20 nights on it, the temperature rating is perfect for the warmer months. The collar is so surprisingly useful for locking in a bit of extra warmth when needed. The closure system could use some love but at the temps its intended for it doesn't matter if it gets a perfect seal, I just lay it on top of me mostly anyways. 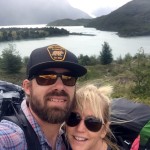 I will be using the nano quilt with a therma rest z lite sleeping pad for my AT hiking. The 6'4" long quilt and the small z lite pad total 22.5 oz. The shell seems durable considering the weight and it packs into its own small pouch which will easily fit into any pack. Impressive product so far.

I was able to use an early prototype version of the Astralite last summer on a backpacking trip in the Wind River Range. Because of the total weight I was carrying, aided by the scant 11.25 ounces of the Astralite, I moved way faster than I had planned. I blew past first planned campsite by lunch time and ended up nearly 20 miles down the trail at an altitude of about 11,500'. It was way colder up there than I had planned, dipping below freezing if I judge by the frozen groundwater runoff the next morning. But despite the 38 degree rating I was still perfectly comfortable in the Astralite. I use a 20"x72" rectangular sleeping pad and had no problems wrapping the quilt's cords around the pad and just kicked the bottom of the pad under the bag's foot. No problems. Also, the bag I used was 5'8", but I'm 6' and I had no issues. I think the Regular length is designed for 6' users, but the actual length of bag is 5'8" because it doesn't have a hood. Similarly, I would assume the 6'4" Long would fit a taller user. The fabric is very light, so it should be treated carefully, or at least not dragged all over camp. The only criticism was the bungee cord on the back, which integrates the bag to a pad, was too long. I was told they were going to fix this when it launched this spring. Overall, great bag! Super light and very warm.

Sorry I missed this Tyler! Thanks for the great review! Leta Western Mountaineering Rep

Does this model have the same fabric used in the original (that had the condensation issues in the footbox) or does it have updated material?

How long is the opening on the bottom of the quilt? would it work with a 3/4-length sleeping pad?

Tim, it will work with a 3/4 bag. your feet will just be on the ground, as they would normally be. Thank you, Leta Western Mountaineering Rep