Why We Like The Elemnt Bolt GPS Bike Computer

Wahoo's Elemnt Bolt GPS Bike Computer features a host of new and advanced features for reliable navigation no matter if we're riding around town or questing on a weekend tour. The Bolt is designed with a streamlined body shape that reduces drag, which makes sense considering it's a device that hangs off the front of our bike, and wind-slicing aerodynamics. It features an easy setup to customize our preferred data fields and metrics with the Elemnt Companion App, and 16 GB of memory for map and route storage so we never forget where we're going and where we've been. Plus, on-device navigation features tools like "Take Me To" and "Retrace Route" so we always know where we're going, even when our smartphone stays in our pocket. When we get off track, the Bolt will nudge us back in the right direction with on-demand rerouting and it will also find the shortest way back to the start of our ride in case we need to bail due to an incoming storm or an unforeseen issue with our bike.

On road and Mtb rides the data is inaccurate. I have a V1 and it works great. Not so with the V2. I am returning it. I would give it zero stars if I could.

I loved the size, graphics and basic functionality of the bolt, until 90 miles into my first race with it, it went into a factory reset mode. Deleting all race data and the route. It asked me to pair the device again, just like out of the box. Funny enough, it was a gravel grinder with spotty cell service, so setting up became a problem. And continuing without the route was not an option. Don't think I need to further describe my feelings towards the device. The customer service said its not a known problem but I should contact them if it happens again hahaha. Everyone who races knows how big of a deal it is having to stop mid race because of a stupid problem like this. Not going to give it another chance to live through that. Well that's very disappointing. No wonder why some racers have a spare Wahoo with them. As much as I don't want to, I'll be going back to Garmin. Which did freeze in the past, but never lost all the data that catastrophically. Also, some features I'm missing on it, is weather reports and custom time alerts. On the plus side, I liked the navigation, the screen graphics, buttons on top and the LEDs. But it seems that using it with the LED feature lowers the battery life significantly. I was down to 45% after 5 hours.

This has now happened 4 times and the unit is 5 months old. When it happens the distance is also wildly inaccurate. I tried to return to Competitive Cyclist but got an automated response saying it must be in like new condition, but since it doesnât workâ¦ Actual distance was 26 miles. 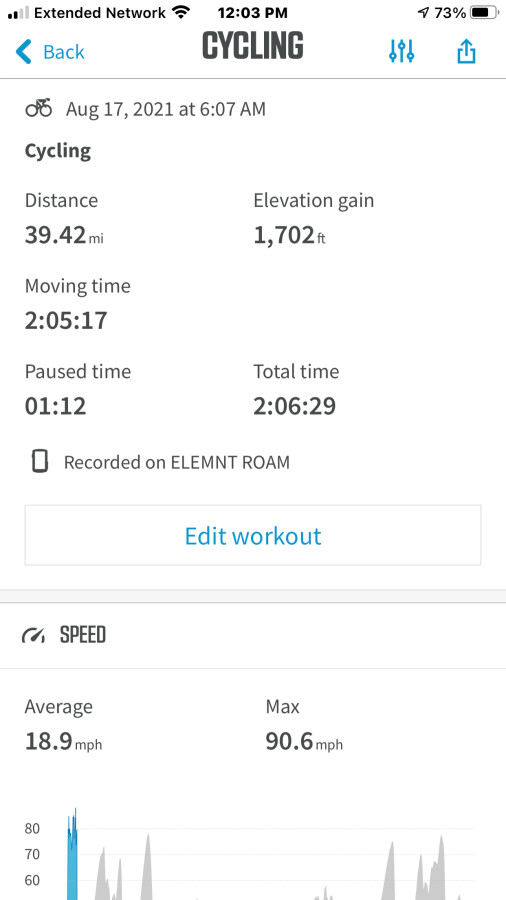 Upgraded to the v2 Bolt from the v1 when it released at the end of May for two reasons: 1) The color screen and updated LEDs 2) On-device routing and rerouting. First, the new color screen is great. It is super legible, and the map is much easier to follow when navigating at a glance. The clarity and auto brightness features work great and the LEDs at the top are now actually visible in the sunlight. The second reason for buying it has been a major disappointment. On-device routing simply does not work. Every time I load a route on the device, route to point on the map, or route to a saved location from the device itself, the Bolt crashes. Routing from the phone still works but if you get off course, re-routing working is hit or miss. I keep the device up to date and Wahoo is aware of the issue, yet still no solution 3 months after its launch. The other lesser talked about problem for the better part of a year now is the inability to turn off sharing your location with other Wahoo users. Currently you cannot turn off the “share my location with other users” function so your location is always being shared and other random folks names are always blocking your map on the device. It is quite annoying when I try to look at the map quickly and its blocked by strangers names. So if you live in a congested area its infuriating. There is a toggle to turn this feature off on the companion app but it doesn’t work. Wahoo is also aware of this issue and still hasn’t fixed it. I recommend this review before purchasing, so you know what you're getting yourself into https://www.dcrainmaker.com/2021/05/wahoo-elemnt-bolt-v2-2021-with-color-screen-maps-a-review-in-progress.html. Once the device stops crashing and Wahoo fix the other software issues, it is a 5 star product. But until then, 2 stars it is!

Why didn't I switch sooner!

The Wahoo Element Bolt 2 is so user friendly more so then my old Garmin. It was very simple to set up and pair with Strava, power meter and HR monitor. Easy to control from the phone or switch screens with the per set buttons. I've had it so far for three weeks and logged over 1000k with it. Great item.

The device has a number of unfortunately surprising shortcomings and limitations. For example, it has a USB-C port, but it apparently doesn't actually support charging over USB-C. If you already have a bunch of USB-C cables and chargers, you likely *won't* be able to use any of them to charge this device. My unit won't charge when plugged directly into my Apple MacBook Pro laptop. My unit won't charge using a Belkin USB-C power brick. My unit won't charge using a Google Pixel USB-C power brick. Wahoo doesn't tell us which chargers will actually work, just to "avoid Apple" – which is probably the most popular brand of charger people own. Why is this a problem? Because it makes the Wahoo Elemnt Bolt a special snowflake in terms of charging. Can you charge it with your existing micro-USB chargers? No, wrong plug. Can you charge it with your existing USB-C chargers? No, it doesn't work with standard USB-C chargers. The only way I've found to charge this thing is with a special purpose Frankenstein setup with a non-Apple USB-A charging brick paired with the unusual Wahoo Elemnt Bolt cable (USB-A to USB-C). Even if you have many USB cables and AC adapters, you probably don't have any that'll charge the Wahoo Elemnt Bolt. Why Wahoo? P.S. Start-up time, including GPS acquisition, is much slower than my 5-year-old Garmin Edge 520.

I am having same/similar problem with charging.

If you dip below 3 or 4 mph, the new Bolt reads 0 mph. The map moves, so it has a GPS signal but ride data doesn't updated. Older model worked on the same rides.

Has there been any update on this from Wahoo? This is keeping me from pulling the trigger here.

Try using the speed sensor in conjunction with the Bolt. 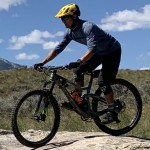 Agreed, as of now this thing is useless for MTB. Constantly reading 0 mph and loosing GPS signal when my Garmin and Apple watches work fine on the same rides. Mountain Bikers are constantly hiking, carrying their bike, or riding slowly and the Bolt 2 is terrible at tracking all three. Adding a speed sensor only helps a bit and isn't secure enough for rowdy descents. I've had mine fly off twice. Luckily I found it because those things aren't cheap! Wahoo needs to update their software to detect slower speeds and/or improve the GPS accuracy to at least match my watches.

Worth the upgrade from V1

I've been using the original Bolt for 2 years. The original Bolt is still a great computer with great battery life and reliability, but it's not without faults. The biggest one is the quirky navigation which requires way too many steps (and some luck) to load onto the device. If you don't need nav, the V1 would probably be great for your needs. The V2 also adds the color screen which is helpful for highlighting wattage/heart rate when you're pushing. It also seems to do a better job of keeping in sync with starred Strava segments and saved routes. So far so good. My one feature request is the ability to create workouts and save them to the device, just like you can with routes.

Wait, so this is the bolt 2? Lol I couldn't tell since the name wasn't in the title. Thanks in advance!

For Jonathan G: Bolt 2 is sort of informally identifying this second gen Bolt. Just like the Kickr (currently in 5th generation) doesn't actually list version numbers, the Bolt will just be the Elemnt Bolt, but you will easily know it is the 2nd Gen due to the color display.

This post was flagged as inappropriate or irrelevant to the product.

I have a Lezyne speed and cadence sensor on my bike already. Would the Wahoo unit be compatible?

This is Bolt V2, I just received today.