DEFENSE AGAINST UV AND DAMAGING BLUE LIGHT:
The Vuarnet mineral lens filters 100% of UV (UVA,UVB, UVC) and provides up to 99% protection against Blue Light also known as HEV (High Energy Visible Light), one of the most aggressive lights in the visible spectrum.
DEFENSE AGAINST GLARE AND REFLECTIONS:
The Vuarnet aesthetic and technical signature, our mirror double gradient-tinted coating guarantees maximum protection against glare and reflections.
DEFENSE AGAINST INFRA-RED AND UNWANTED GLARE:
Vuarnet lenses are the only in the world designed to absorb up to 94% of infrared, protecting your eyes from irritating dryness and heat.
Vuarnet lenses also benefit from an anti-reflection treatment on the internal face, eliminating all unwanted reflections.
VISIBLE LIGHT ABSORPTION:
The percentage of available light NOT allowed to reach the eye (the higher the number, the darker the lens).

Molded after the brand’s iconic mountaineering frames, the Vuarnet ICE Polarized Sunglasses come equipped with high-tech features, crystal clear vision, and modern style. Mineral glass lenses filter in bright light and, depending on the tint, enhance the contrast of your surroundings, while the glass’s polarization completely blocks harmful ultra-violet rays. Two protective sides shield your eyes from a tiring glare when you’re snowshoeing up a mountain face or paddling downstream, but can easily be removed when you get back into town. The thick bridge and round frames, made from lightweight yet durable acetate, gives off an audacious attitude that has a natural place in the outdoors, but is still always appreciated in your day-to-day city life.

Exactly what you are expecting

I initially didn't want to order these because I lose glasses so quickly but I thought I would at least take a look at them and return them if they didn't look good... that was a flawed idea because of course I loved them and didn't return them haha. The polarized lenses are the best I have ever looked through with amazing clarity. The side panels and the middle piece above the nose block the sun and wind but are removable to create super awesome casual glasses for when you don't need the extra protection. These are definitely the nicest glasses I've ever owned but what really encouraged me to write a positive review was the amazing customer service I received. Like I mentioned above, the piece above the nose is removable, so I removed it when driving in the car and wearing them casually. I promptly lost the piece and was quite sad about it. I emailed Vuarnet's customer service and they got back to me a few days later saying they would be happy to replace it if I gave them an address to send it to. I was very satisfied with that response given they are a French company and I didn't expect help from overseas. Luckily, I found the lost piece in my car the same morning that they responded so I didn't need a replacement. :) 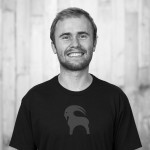 Do any of the options have cat 4 lenses? 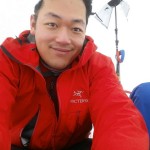