The Encore Pro Boot will always have you hankering for one more run thanks to its speedy, teched-out Boa Custom Focus closure system, medium flex pattern, and a bevy of other comfort-driven performance features. Comprising the Custom Focus Boa system, a high-power coiler reel and mid-power remote reel work together to control three independent zones and deliver a truly custom fit with exact heel hold.

These are the first Vans snowboard boots I've tried, they are still brand new but compared to my old Burton boots I feel like these run a little smaller and they were stiffer than I thought they would be. I've used them twice so far, once on a powder day where I found the boots were extremely responsive, the heel holds especially allowed me to trust the boots completely with no room for my feet to move. The second time I used them was on an "East Coast" groomer day where the boots allowed me to push my speed limits. 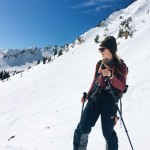