How to Measure:
Use the total sole length of your boot. You'll find this measurement printed on the outer shell of your ski boot.

If it seems like everyone and their mom is offering an AT binding these days, it's because they are. (Free gear tip: Just because Mom offers you a discount on her homemade AT bindings doesn't mean you should buy them.) Tyrolia was one of the more recent entrants into the freeride-oriented AT game with the Adrenalin, and now the 84-year-old binding manufacturer is serving up the lighter, faster Ambition 12 Alpine Touring Binding, which uses the same technology as the Adrenalin but is a better bet for longer tours where covering serious ground takes precedent over hucking spine-compressing cliffs.

The Ambition weights in at 4.5lbs per binding, which isn't featherweight but is 10oz lighter than the Adrenalin, and has a wide 42mm footprint that's designed with bigger skis in mind. Since larger skis require more powerful input, the Ambition's front bracket is made of metal, which resists torsional twist better than plastic, and also is less prone to the eventual toe slop that's an unhappy feature of most plastic-bracket AT bindings. Tyrolia has also done an excellent job of keeping the 90-degree pivot point directly under the toe, giving the Ambition an easier, more natural walking motion that's enhanced by four climbing aid heights.

One of the drawbacks of standard AT setups is an unpredictable change in the flex of the ski due to the long plate that's mounted between the toe and heel pieces. In an inspired moment, Tyrolia built the Ambition with a FreeFlex system in which the heel and toe are connected by a floating tube, letting the ski flex naturally for a more predictable, consistent ride. As a bonus, this system also allows for virtually infinite adjustment, making the Ambition a one-size-fits-all binding (all boot sole lengths between 260 and 350, anyway—you'll be fine unless you're an XXL Sasquatch). It's compatible with AT and traditional alpine soles, and allows you switch between ski and walk modes without stepping out, saving you time and trouble. Something tells us mom couldn't whip all this up in her basement lab.

Thoughts after a full season of use: First off, I typically ski about 70% resort and 30% backcountry, but last year's snow was so good in-bounds so that number was probably more like 85/15. That said, it held up pretty well to all the abuse I put it through considering it's not exactly meant to be an in-bounds binding. It was a good test to see what it can, and can't, handle, and overall I'm happy with it. First impressions were excellent. Clicking in results in a good, solid, chunky snap; pretty confidence-inspiring considering the amount of plastic used in construction, and I've never been worried about pre-releasing. Low stack height and good power transfer made it easy to switch between these and my not-pow skis without really thinking. Transitions between tour mode and ski mode are mostly painless (mostly, see below), and the rear-mounted lock for downhill mode is nice and burly (if you've ever skied the Fritschi Freeride series, it's exactly the same). Three settings for climb bars are nice too, though sometimes a little difficult to flip up or down with a pole. It really helps to have a pole with a little hook on the handle to grab the climb bar. Pivot point feels natural on the way up, and downhill performance is good enough that I've never worried or wished I was on something else. However, there are a few things I noticed throughout the season that I didn't love. First (and this is mostly an issue with frame bindings themselves rather than this specific model), the tail is prone to developing snow build-up. On deeper days I'd usually have to knock a bunch of snow/ice out of the space where the downhill-mode lock meets the end of the binding track. This is annoying, but mostly unavoidable when using any frame binding in deep snow. Second (and again an issue of most frame bindings), the pivot point on the toe piece can get snow build-up if you aren't careful. This only happened once or twice, and only when I took my skis off to dig a pit and didn't pay attention to where I put them, but I managed to push some snow into the little gap between toe piece and mounting plate. This was more annoying to remove, but to be fair it was my own fault and hasn't happened again since realizing my mistake. Last, and maybe a big one: at the very end of the season I began noticing some play between the toe piece and my boot. Just a little bit of movement, a few millimeters, but enough to hear and see my boot knocking up and down. This might have been a case of riding in-bounds a little harder than the binding was made for, and I have a feeling that a small turn of the toe's adjuster screw can fix this. But the fact remains, the binding did develop some play by the end of the year. Just something to keep in mind. Overall I've been very impressed by the Ambition 12. One of the big things that sold me on this vs others was the three climb bar positions (something like the Marker F12 has like 1 or 2) and the position of the anti-insta-tele lock in the rear. Weight is negligent; you're not buying a frame binding to save grams. The uphill/downhill tradeoff is worth the extra weight. I would highly recommend this binding to anyone either looking to get into touring for the first time, or trying to save money on a touring setup by not having to also buy new boots. 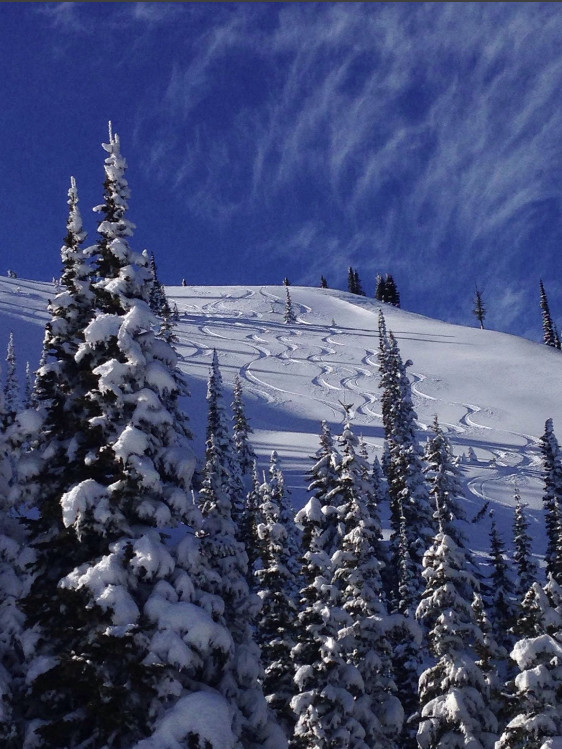 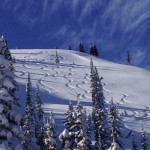