I use it as a backup road tube. I don't get too many flats, but the last time I flatted, I stuck in the tubolito. It worked fine for the last 60 miles of the ride, and I left it in for a few more rides subsequently. Now it's back in the saddle bag as a spare. I have a small saddle bag, so I appreciate the small size (and of course light weight) of this spare tube.

After the first failure, I gave the manufacturer the benefit of the doubt and purchased more tubes thinking the first failure was an anomaly. Not the case. Both failures happened on my front wheel, a new Zipp 303 with good Zipp Tangente pads (< 50% worn), and brand-new Vittoria Corsa G tires. And by no coincidence, both failures occurred on the same descent (Hawk Hill - Marin Headlands, CA) literally within a couple of hundred yards. The first failure sounded like a gunshot, as the tube became overheated by the rim brakes causing it to pop out of my tire at high-speed and becoming wrapped around my front fork. I was fortunate to come to a stop on my carbon wheel rather than hitting the deck. After inspection, the tube was visibly melted by heat build-up. $1k wheel replacement later... More recently, I had made it through the steepest section of the same descent, and after scrubbing all of my speed the front tube popped again. This time, it failed at the seam near the value (picture shown) and again appeared to be caused by heat build-up in the rim that is normal for any fast descent. I've done the same descent hundreds of times with no issues and the two times I had Tubolitos, I get the same result. Not one for drama but these tubes are legitimately dangerous, particularly on front wheels w/ rim brakes. DO NOT PURCHASE 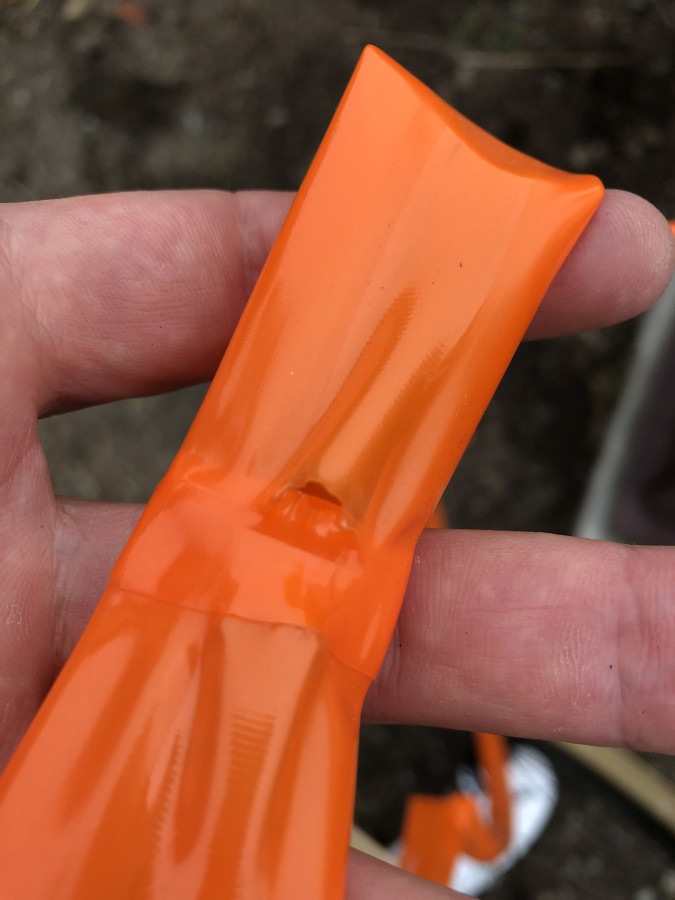 It's worth noting that on the amazon page for these, they clearly state "not for use with rim brakes". I'm not sure if that's official tubolito policy, but if so then CC needs to update their info for the listing.

Spenser is correct! The instructions included with all Tubolite tubes state not for use with rim brakes. 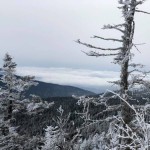 Okay Until You Get a Hole

I purchased these because of the light weight. They were okay for a couple weeks until I got a flat. I've now put four Tubolito patches on the same hole and they've held up for as little as one ride and as long as 2 1/2 weeks. These are pretty much a "one and done" product as their glueless patches just don't work. They claim twice the resistance to punctiures, but you likely need 10 times to really make a difference so these are really not a good product. I gave two stars instead of one as they are light and not too hard to set up.

hole in tube from the start

I had one tube had a small hole on the underside of the tube. Very hard to pinch these when mounting; the hole was pin size. Other than that, these tubes are great. They run as light as having sealant in a tubeless set up, and with about 55-55 lbs pressure ride about the same (not as cushy as tubeless, but close). Pricey for having one delivered with a hole.

So far So Good!

I decided to give these tubes a try after reading about rotational weight and rolling resistance on the Marginal Gains YouTube channel. I did not want to go latex and pump them up before every ride. I have Campy Bora 35 wheels with 25C tires that are not tubeless compatible. These tubes have been flawless so far after a couple hundred miles. Perhaps I have the later version with higher quality. I recently replaced my worn out tires with a pair of new Corsa 2.0 Vittoria tires with no tube issues. I'm not sure about feeling a marginal gain with them but every little bit helps.

As a self-professed weight weenie, I enthusiastically swap out bits and pieces on my bikes for lighter and/or more exotic ones...which is why I so excited to try these tubes. Gram for gram, particularly for rotating mass, these seemed like a great upgrade. I purchased two tubes and a 5 patch kit, and six rides later I am out of patches and neither tube will hold air for long enough to be useful. Perhaps the most frustrating thing with these tubes is that they WILL hold air for hours when testing for leaks, but put them in a tire and go for a ride and within an hour they will randomly lose air. Incredibly frustrating, as there is no possible way to locate and patch such a slow leak when out on the road...not that the patches seem to reliably hold anyway. Gave them two stars because the are definitely lightweight, very compact, and they seem to hold air reasonably well until patched for the first time.

I've run latex tubes for cross and gravel last couple years with zero flats (I'm doomed now...) but thought I'd try these out as half the weight of latex even but advertised as being more durable. You have to follow instructions when installing as they need just a hint of air vs butyl tubes otherwise they can deform before being seated in the tire. Set them up with no problem and first gravel ride was a success but ended up with a slow leak at the end due to a tiny piece of glass. Used their patch kit for the pinhole and couldn't see any bubbles after applying but tube would never hold air more than a few hours so tossed it and installed a fresh tube. Few rides later installed new tires and tried transferring the existing tubes over being careful not to over inflate, clean the rim, etc and both seemed to seat fine but front tube completely lost air within the hour. Found a tiny pinhole and used another of their patches which again, appeared to seal it perfectly under water but lost air the next day. Installed another new tube with no issues but at the cost of these fragile things, going back to latex....

Good, but get the right length valve.

I actually really like these tubes. As other reviewers have mentioned I have had no quality control issues, so maybe that has been solved with the company or maybe Competitive Cyclist got a bad batch, I don't remember who I ordered them through. They are very light, they feel very fast and they are tiny when rolled up if you're going to stow one as a spare. I've had one flat in about 2000 miles with them (shard of glass was stuck in the tire, not surprised it flatted.) When riding it does feel a bit more like you're riding a tubeless setup. My only two problems with them are the price, which is sort of understandable since it's a completely different product from anything on the market and the valve stems/extensions. The valve stems are plastic (most likely to keep weight down) and the valve cores are threaded but glued in for whatever unknown reason, so you can't take them out to put on valve extensions if needed. It's the same thing with the tubes made for deeper rims, it's actually the same shorter valve stem with an extension GLUED in. I have deeper rims (zipp 404's) and got the shorter length valve planning on just using valve extenders. I destroyed one trying to remove the valve core while just thinking it was in there very tight until the plastic valve stem broke and I realized they were glued in. To sum things up, despite my complaints, I DO really like them and if the price isn't a concern then give them a shot. It's just very hard to justify triple the price of Conti race light or even latex tubes if you aren't a competitive cyclist (see what I did there) and get the length you need (you can order straight from tubo with more expensive shipping if Competitive Cyclist doesn't have the length) or they won't work.

Not a Good Product

Bought 3, The first went flat even before I rode! Defective presta valve. The other 2 went flat within 2 weeks. Definitely not worth the price!!!!

I was intrigued by the claims made by this product and thought I’d give it a try. I mounted one on my rear wheel yesterday, pumped it up, started putting on my shoes, etc and then, getting ready to ride, noticed that the tire had gone flat. Ouch. Putting the tube underwater showed a steady stream of bubbles from the join of the stem and tube. Manufacturing defect. I contacted the manufacturer and they apologized profusely and immediately sent me a replacement at no charge. Let's see if the new one actually works!

Have you tried the new tube yet? Thanks

What is the significant difference in your tubes for 34.00 that I cant buy for 8.00?

Well, at least they're pretty.