Trango's new Vergo Belay Device brings the assisted braking device to whole new levels of safety and ergonomics for sport climbers and multi-pitch trad climbers. Unlike most assisted braking devices, the Vergo's safest way to use is also the smoothest. Clear visual and physical indicators make the Vergo easy to learn and even easier to use safely. Where most assisted braking devices require you to feed slack upwards, thereby causing shoulder strain, the Vergo promotes a natural process by feeding slack leftwards. It's nearly impossible to override the Vergo even if you're mishandling it, especially when compared to to standard assisted braking devices that require you to override the device for a millisecond (or longer) in order to dish out slack, lower climbers, or allow climbers to continue climbing after taking. The Vergo also works as a guide mode when you're belaying someone from anchors on a multi-pitch.

I use this from everything to days at the gym to multipitch trad. I like it! I had the cinch and really liked it so I got this to replace it. I think it feeds smoother than a gri and lowers much better than the cinch did. And it gets a few points for being a little different than what everyone else has, aka grigri. haha

Back at long last

The Vergo is basically a Cinch v2. Trango did have a long recall saga that appears to be over. The issues were relatively minor but I understand them wanting to make sure all units are 100%. I had patience and just waiting for a new unit, and then bought an extra unit once they showed up on BC again. The Vergo (and Cinch before it) are different than the GriGri, LifeGuard, etc, in that it is not based on rope friction and velocity working vs. the spring tension built into the device. The Vergo works solely on the rope path: assuming that there is a straight line between the load (IE, the first clip or pro, or the anchor for a TR route) and the carabiner that connects your belay loop to the other end of the Vergo, it will lock based on the tension on the rope (ie, the rope direction and some pulling force). The other cool thing about the Vergo is that the locking mechanism is not "deactivated" when you pay out slack, not even weakly or temporarily. Although not sanctioned by Trango, I've done tests and the Vergo locks up solidly on half ropes that are less than 8mm. 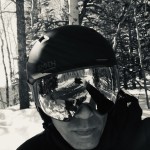 I've been a cinch user in the gym and outside for the past 5 years so when I saw the Vergo come out I really wanted to give it a shot. After watching the video and using it in the gym I am definitely digging it. Unfortunately I've only had it in the gym but it has become my go to unit. It feeds out super smooth on leads and catches are very soft. My buddy took a 15 ft whipper in the gym and it locked up perfectly. I've always liked how my brake hand never left the rope when belaying with the Cinch and that aspect carries over very well to the Vergo. There is a definite learning curve but it's very natural once you get the hang of it. I want give special thanks to Gearhead Stephen D. for the help with this also. I had an Issue with UPS and he took care of it right away with no other issues. Cheers and Happy Sends!

It doesn't look like a soft catching device to me. It's a hard locking device similar to a grigri. You have to jump up to give the soft catch. An ATC actually allows slippage of the rope hence it being 'soft'. Ie an ATC doesn't immediately bind.

Its a really nice belay device

I've never had an assisted locking belay device until I got my Trango Vergo. I do a lot of rappelling along with my climbing so I always thought assisted lockers kinda sucked lacking the ability ability to do a double rope rappel. However when I began climbing with my brother who weights 50 more pounds than me and has a bad tendency to high clip I wanted something that could give me a hand with the catch and feed slack better. This does both. I tried a Gri Gri, a Matik and the Vergo at a gym to see which i liked best. I liked the handling on the Vergo. It won't replace my sweet ATC Guide just because of its rappelling abilities but I love the thing. I bring it out whenever lead belaying. I always bring it on multi pitch routes too. Its easier for me to lower a second on it and I like belaying a leader on it way more than the ATC. Highly recommended, the only thing I don't use it for is top rope belaying if I bring out new friends climbing. 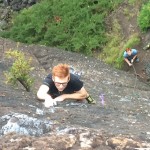 Sweet! Thanks for the report on this, Eric.

I am really impressed with this belay device. Very smooth feeding of the rope and it was easy to use and learn. Smooth lowering and quickly engages the cam during a fall. I highly recommend this product and don't miss my gri gri one bit.

Has anyone used the Vergo for TR soloing? 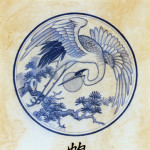