If you’ve ever opened your sunroof with your roof rack installed, you know it sounds like a dump truck full of blow dryers in a wind tunnel. For the past few years, roof rack manufacturers have been developing bars that cut down on drag and wind noise, and nobody’s doing it better than Thule. The Aeroblade Edge Flush Mount load bar takes the wing shape to the next level with Thule’s exclusive WindDiffuser textured surface technology, creates surface turbulence to silence wind noise.

AeroBlade load bars are more than quiet, however. The bars’ BoxBeam aluminum construction means these bars can withstand an incredible 800 pounds of force. They also incorporate SmartSlide technology, an integrated foot adjustment system that makes perfect positioning a snap. And, of course, AeroBlade’s use Thule OneKey system, so one key can operate everything on your rack system.

I got these for my Jeep renegade. They were easy to install and hold up my cargo box great. Don't forget to get some locks too.

what size did you get? thanks

These went on our Subaru Impreza no issues. Works great, easy install.

Just put these on my Volvo V90 CC Wagon and I'm very impressed with how quiet and strong they are - the Thule Motion XT Alpine will be nice and sturdy once I get it mounted up there! 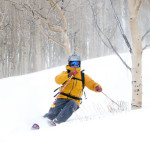 Hi dear I am looking roof racks for Prius 2008

One of the Best Options for Crossbars

The Thule Areoblade Edge has gotten a lot of accolades throughout its tenure and it is well deserved. While the installation might take a bit more than usual and it is a bit pricey, what you get is worth the time and money as these bars are crazy quiet and very strong. Not only that but applying most add-ons to its shape is very easy. The grey coating does get scratched semi easy but if you are careful with what you do then it doesn't happen often. If you need a legit crossbar for carrying your gear then this is the ticket. 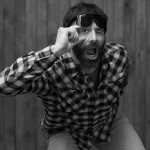 Rrecently bought this as a wedding gift for a buddy. He installed the Thule Aeroblades on his new Volvo XC90. He says "Fit was easy and straight-forward and the product look and quality is up the standard of the car - in fact, it overall improves the look. Have not noticed any road-noise. The bars also easily fit my Yakima Fat Cat 6 ski racks. I don't have a box, but plan to purchase one in the next 6 months. " 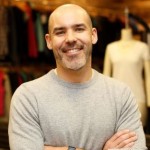 These work well on my dad's 2015 BMW 335i. Easy installation and the fit on solid. They are also very quiet compared to some square bar designs I have found. Works perfect with a Thule Pulse Alpine Cargo box. They also come off easily so you don't have to worry about having them on forever once you put them on. My only complanint is that the plastic cover on the sides need to be fastened correctly or they will fly off, they should have a more secure system in that regard but all in all I am happy with my purchase. 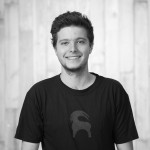 I've been using it since January and it's worth every penny. Easy to install and fits like a glove on our Outback. I did buy a kit.

The Aeroblade Edge cross bars are easy to install (with the appropriate, vehicle specific, fit kit) and have clean styling. I can't give a lot of feedback on wind noise, since I haven't driven anywhere without my bike racks on them. I'll be sure to update this once I have. They are definitely quieter than square bars, and look wayyyyy better as well. 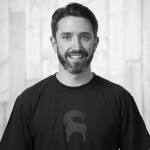 My dad loves this roof rack

I got this for my dad and he loves it. He was always just putting skis in the back of the car and this does do damage to the car and sometimes even the skis themselves. He drives an Audi Q7 and he says it fits fine. I have ridden in the car with him and the sound is very minimal. When driving around town you can not hear it at all. When you get onto the highway and get going around 75 then there is a little bit of noise but it is nothing to complain about. 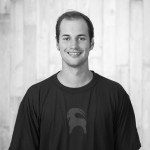 Wish I knew we needed a kit

So, I was a bit bummed when I first received this item. We couldn't figure out how in the world it would fit on our Santa Fe. After a little more research (which I probably should have done prior to buying), we require a specialized kit (made just for Santa Fe's). They look pretty cool and we cannot wait to get these bad boys on our car. We are just waiting for the kit to arrive.

I ended up switching up vehicles to a Land Rover about 6 months ago and being the avid skier that I am I learned long ago that stowing skis inside while easy can wreck your interior quickly. I'm a bit partial to Thule so have the Aeroblade Edge a shot as it was one of the only options for said vehicle brand and it does the job pretty well so far. The noise drowning performance is pretty solid within reason. Most calm days at up to highway speeds almost give no noise at all. Put a bit of wind in there (esp. headwinds) and that changes a bit, but it isn't bad unless the speed is gale force. Adding extras on there is pretty much a cinch, but the new attachment system with Thule products where it's more of a hinge/jaw design helps to keep the bars in good shape. The old school two plastic pieces cinched together at both ends with allen screws tends to mark them up a bit. Also, installation is usually easy with this sort of thing and it was with the bars, but the fit kit (which I'll go over at item number THU0400) was a bit vague. Overall a sleek addition to a vehicle if you really don't want the wind screeching at you when you go above 30mph.

Bars whistle when car is above 30 MPH.

With a name like AeroBlade, one would assume the whistling noises typically associated with roof bars would be eliminated, or at least, reduced. However, that is not the case with these bars. I installed them on my 2014 BMW 3 series wagon with factory flush rails. Whenever the car is driven more than 30 MPH, the bars would start to whistle. Thule support website suggested moving the bars further back but that did not work. I also covered all possible gaps with electrical tapes but the problem appears to be the bars themselves. Even though both bars are exactly symmetrical, Thule support suggested swapping the front bar with the rear bar. That also did not help. Thule support stopped responding after i told them their suggested solutions made no difference to the whistling noise. So really, i can't say these bars are any quieter than the OEM roof rack i used to have on my old Audi A4.

I had the exact same issue as C. Yong. Installed these on an SUV with flush rails and no matter what I tried to do, I could not get the bars to stop whistling at any speeds >35mph. I did every recommendation offered by Thule including everything the previous reviewer mentioned. All to no avail. Called Thule tech support and their answer was that on some cars, whistling is just an issue. Terribly frustrating. These are good looking bars, and setup was relatively easy, so I'm disappointed that I couldn't get them to work for my car.

Have you found a different rack that does not have this issue? I'm considering this rack but would be concerned with the noise.

Do I buy size S or M for a 2012 Ford 150 roof? the configurator does not tell you the size to buy. thanks in advance

Do I need to order two of these?

Unless you intend to use a 2x4 and blocks for the other one! I would recommend getting 2. 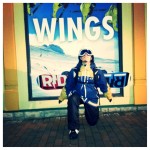 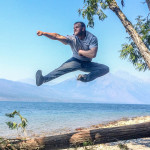 Tony, there is a link on the left side of the page that reads "Thule Car Rack Configurator" click this and you can find what fits your vehicle.