Cowboy camping and cowboy coffee, all in the Space Cowboy.

Cowboy camping is an art, and whether you're sleeping out by a cactus or in a grove of pine trees, you need something to keep you warm. Bring along the Therm-a-Rest 45-Degree Synthetic Space Cowboy Sleeping Bag to stay toasty through the summer months. Therm-a-Rest zoned the eraLoft insulation so that it maximizes warmth, with 65% of the insulation in the top of the bag, and used water-resistant fill that won't lose its insulating properties if you happen to get the bag damp. SynergyLink Connectors ensure your bag stays put on your pad, reducing the need for back-of-bag insulation, and shaving ounces off in case you decide to take it backpacking. For further weight-reduction, the Space Cowboy replaced some additional insulation with a ThermaCapture lining to reflect your body heat as you sleep. When you're enjoying your coffee from the comfort of your sleeping bag—and inevitably spill—the liquid will roll off thanks to the DWR treatment that makes it easy to clean it off and go on with your trip.

This product can expose you to chemicals including Toluene, which is known to the State of California to cause birth defects or other reproductive harm. For more information go to www.P65Warnings.ca.gov.

Light that’s about it NOT 45 degrees

Light weight, zip only goes half way super annoying, rates for 45 degrees I was cold in a shelter at 52 degrees. Great for summer not for spring or a cold summer night.

Tried it in Hawaii!

While Backpacking the Kalalau trail, this was the sleeping bag we used. It was relatively light and didn't take up much space. Granted we only needed to pack for 2 nights, it was perfect. The humidity made your skin stick to the bag a little, but if you towel off, it was great. I can imagine how stellar this bag would be for warm dry nights!

The Thermarest Space Cowboy is a lightweight bag for warm temperatures. It’s good for ultralight backpacking during the summer in warm climates. Pros: Lightweight, very small size in stuff sack. Cons: temperature range is pretty limited. -Quality: 4 - Features: 3 - Fit: 5 - Durability: 3.5 The Thermarest Space Cowboy 45 is a good summer backpacking sleeping bag. It’s small size and light weight make it easy to carry. It’s a synthetic-fill, ultralight sleeping bag designed for summer use. The list price for the bag ranges from $129.95 to $149.95 depending on the size. The manufacturer says the bag weighs 1 pound, 4 ounces and packs down to just a little larger than an insulated liter water bottle. When I weighed it at home in the stuffsack I found it weighed 1 pound, 7 ounces. That leaves plenty of room in your pack for other gear or lightens your overall load. As an ultralight backpacker, I’m used to sub-3-pound bags, but this one packs down pretty small. In keeping with the space theme, the bags colors are “ether” (light blue) and “galactic” (purple). I tested the galactic version of the bag. One of the first things I noticed about this sleeping bag was the presence of a draft tube, which many manufacturers remove in their quest to save weight, though there is no draft collar. You control heat loss by opening or closing the drawstring on the opening. Also, there’s a plastic snap to secure the side zipper. I prefer this to the Velcro closures on other sleeping bags as the Velcro gets caught on hair and clothing. The eraLoft synthetic insulation seems thinner than that in other 45-degree bags I own. The bag uses zoned insulation, putting more of it around the torso and less around the legs. I was a little concerned as I first examined how thin the bag was, but this one seemed better made than others I have encountered. I was pleased by the quilted design, which keeps insulation where you want it. Maybe it was just the draft tube, but it still felt warmer than those other 45-degree ultralight bags. That said, the insulation appears that it may bunch up with continued use. We’ll see. The material is durable. I’m not worried about its tearing. A feature I haven’t experienced with other bags is the Synergylink connectors designed to keep the Space Cowboy attached to a sleeping pad. I tried it out and it seems like a fine feature for those who sleep on their backs. As a confirmed side sleeper, I preferred to be able to move the sleeping bag with my body, which is hard when using the connectors. Thermarest says the connectors hold the pad in place while you roll, but I felt they confined my movement, so I stopped using them after the first night. With their hook-and-loop design, it’s easy to take the connectors off. I recently took the Space Cowboy on a trip to southern Utah. Conditions varied, but overnight temperatures ranged from 40 to 50 degrees at night. The lightweight sleeping bag was nice, shedding a couple of pounds from the average backpacking load. This sleeping bag packed down smaller than other ultralight bags I use. There was plenty of room for my tent and other items, which is important when backpacking with family because I end up carrying a lot of communal gear. The bag is rated to 45 degrees. My experience was that the comfort level in the bag was closer to 50 when I was wearing thermal underwear and a beanie. By increasing my layers, I could sleep well in the mid-40s, but at 40 degrees, I was shivering and had to find extra blankets (for me that means begging extras from my wife who was using my 20-degree backpacking quilt and didn’t need the extras she brought). In their defense, Thermarest does say that the bag is intended for summer camping, but I was pretty cold at night on our early spring trip. I’ll be adding the Space Cowboy to my summer camping gear, but I’ll stick to colder-rated bags for shoulder seasons when I might encounter overnight lows in the 40s or below.

This bag is awesome! I took it up summer camping Idaho and it was great! Backpacking and needing to pack light, this bag is crazy lightweight and kept me nice and warm. Camping in only 60 degree weather, it was perfect for the cold sleeper I am. It only has a half zipper, so if you want a full zip bag I wouldn't recommend this bag. The bag itself is durable and material is super soft. 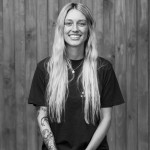 One of my goals when I tour by bicycle is to carry gear that meets my needs, and is as light and compact as possible. For sleeping bags, I prefer synthetic fill so since it retains some insulating value when wet. The Space Cowboy met my needs perfectly for an 1,100 mile 3-week summer bicycle tour of the United Kingdom and Ireland. It met my needs perfectly. I plan to carry it on a 2,400 mile 6-week trip across Europe in 2019. Being almost 6'-4