How to Measure:
Torso:
-Have a friend locate the bony bump at the base of your neck, where the slope of your shoulder meets your neck. This is your 7th cervical vertebra (C7). Tilt your head forward to locate it more easily. This is the top of your torso length.
-Place your hands on top of your hips bones, with fingers point forward, thumbs in back. This it eh "shelf" on which your pack will rest. The middle of an imaginary line drawn between your thumbs is the bottom of your torso length.
-Using the tape measure, your friend should measure the distance between the C7 and the imaginary line between your thumbs. Be sure you stand up straight when being measured. You know should have your torso length.
Hipbelt:
Measure around your waist just above your hips.

Study for finals outside.

When you're studying for your botany final, you're going to need a pack that has everything you need and nothing you don't, so you can get out and identify some native plants. The North Face Vault 26L Backpack satisfies this requirement with plenty of storage for both your school work and hiking gear. The main compartment has a padded laptop sleeve and ample room for plant identifier books. In the front compartment, there's room to stash your smaller items such as your magnifying glass, sunscreen, and tablet (don't worry, it has its own padded sleeve).

When the plant you're looking for is at the top of a mountain, hike in cool bliss thanks to the FlexVent suspension system that provides comfortable breathability. The women-specific straps will also keep you comfortable as they contour to a variety of body types. This pack is even endorsed by the ACA so you know you're taking good care of your mind and your back while studying for this final.

This is my first north face backpack and so far it serves its purpose. The straps are really padded and comfortable. The back of the backpack also has some outside padding which makes it comfortable for the back. However, the back is really stiff and the backpack can’t stand up right, it has to be laid on the floor or against something. Maybe it will get softer with time, but I’m not sure. Other than that, it offers nice storage and the laptop holder is really nice too.

It is one of the most complete and safe packages I have ever seen. ideal to protect your most precious items when you go on a trip, apart from what is comfortable for the back and does not tire the spine

The 1st time I used this pack the snap from the hip belt came off. I tried to put it back, but couldn't. I called customer service and the man told me to try tweezers and every other tool a person can own. Nope. Nothing worked. I called again to return the pack, and the woman i spoke to sounded like she did not want to do anything but sit on a couch and smoke weed. She could not understand anything I told her. Like, for real! This was not a complicated return/ issue. 1 week later I noticed that the return that showed up was for a different pack I had bought, which was cheaper and a totally different style than the 1 returned. How the heck did the person who received my return could make that mistake is mind boggling. Different color, different brand, different everything! I went on live chat to try to straighten this out, and he asked if I was sure I had returned the right pack. Ummm... I am not a moron, and I told him I am looking at the pack right now! Still waiting for backcountry to straighten this out. Disappointed and annoyed to say the least. 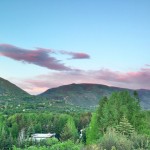 you're definitely the one smoking weed, this pack doesn't have a hip belt ;)

Great but a bit too big

This is a great looking backpack...sturdy and it appears well-made. It is, however, too big on my frame. I am rather small in size, and even though this pack is designed for women, it's apparently designed for a taller, bigger woman. The pack is tall, and the sternum strap is placed over the boobs rather than above them...too uncomfortable no matter how much I adjust the back straps. Sadly, had to return. Great price and color.

Bought this for my sister who is a world traveler and she loves it for daily trips. Great quality and comfortable. 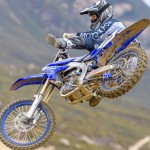 I use this pack for work and after-work activities. It fits my laptop, water bottles, lunch, and all my extra gear (change of clothes, extra shoes, beanie, gloves.) It's also a really comfortable pack on my shoulders. I haven't used it for any hiking but it's been great as my daily go-to for everything I need.