A shoe for just about any trip to the trail. Whether you're hiking or running, braving the rain or enjoying the sunshine, going short or long—these shoes have your back. Durable, comfortable, and outfitted with a waterproof and breathable DryVent membrane, they're true do-it-all tools in the mountains.

Not what i was Expected

Not all comfortable. Very heavy. It’s pretty hot. Maybe this shoes is good for late fall not for summer hikes. I had different shoes from north face. Love them. But not this one

Perfect all around shoe

I got these for an all purpose shoe that is waterproof and can be used to hike in if needed. So far these fit my needs perfectly. Sizing seems spot on and they are very comfortable even with a lightly loaded Mystery Ranch hunting pack.

Basically the 110 with one change

Familiarity:
I've used it once or twice and have initial impressions
Fit:
True to size
Size Bought
8.5
Height
9` 11"
Weight
103 lbs

In case you are wondering whatâs different from the 110gtx: Iâve had 3 pairs of the 110s. I needed a new pair and liked the way these 111s looked (the grey / orange ones). It feels like the 110 In terms of cushion and stability. Same tread pattern. Fits like the 110. All good. They made one notable change (aside from gore Tex to the proprietary waterproofing membrane which I cannot comment on yet). The lacing is a little bit different. The laces go thru the colored bits on the side as opposed to that little loop of string on the end of the colored bits. There is also an eyehole mid foot. That means the laces are ever so slightly lower down the sides except where the eyehole is. No big deal. The part I notice is that they only have one eyehole at the top instead of two close together, which means it is a little less tight around the ankle. I was able to get it to have a good heel hold after a second of fiddling, but I will say it seems slightly less secure. Time will tell after it breaks in and loosens up. If you have bigger ankles than me that probably wonât matter anyway. Overall I still really like the shoe. 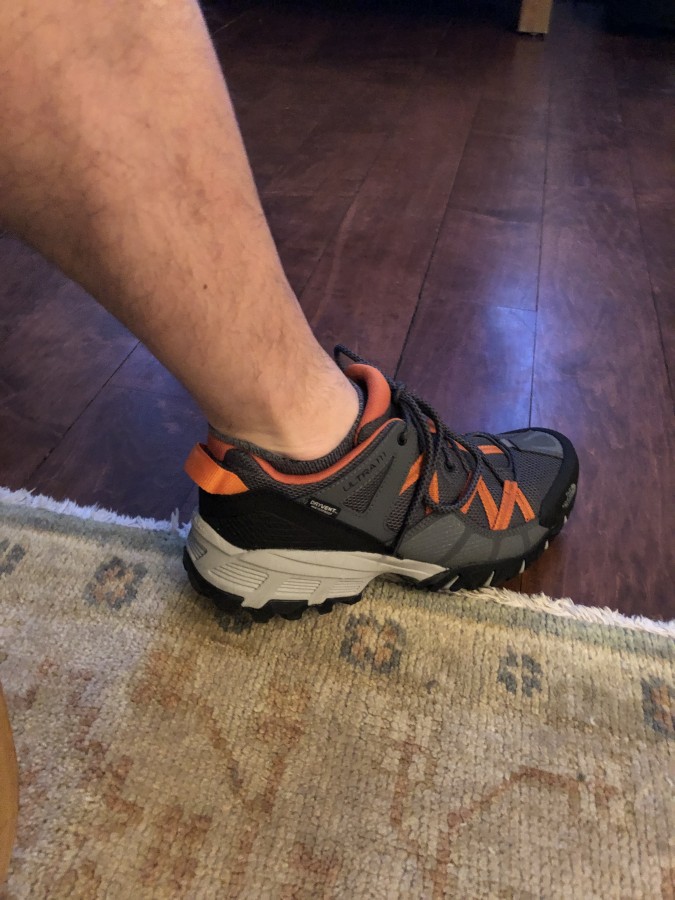