When you're hanging at the campfire, whether it's in your backyard or under the starry skies in the wilderness, slip into The North Face Campshire Full-Zip Fleece Jacket for warm, soft comfort. The heavyweight Sherpa fleece fabric is soft and surprisingly warm, while a regular fit allows for additional layering and freedom of movement.

Use the sizing system at north face web and not the one given here.

The arms are substantially more boxy than they need to be, not slim or subtle at all and disproportionate to the rest of the jacket/look. Extremely soft, just needs a subtler redesign/newer model that is slimmer or more performance and less inflated from shoulders to hands.

Outstanding comfy jacket- softest out there ! Nice warmth and wind resistance. A winner!

The softest jacket Iâve ever purchased. Not only does it feel amazing but it keeps the wind and cold off of you very well. Highly recommend for anyone going outside in the winter months!

This is the warmest jacket Iâve ever owned. Itâs very soft and looks great. Definitely recommend for the cold months ahead.

I got this as a gift for my boyfriend and he loves it! Its soft enough and keeps him warm

There's a HOLE under the arm.

There's a hole under the arm. It's terrible. 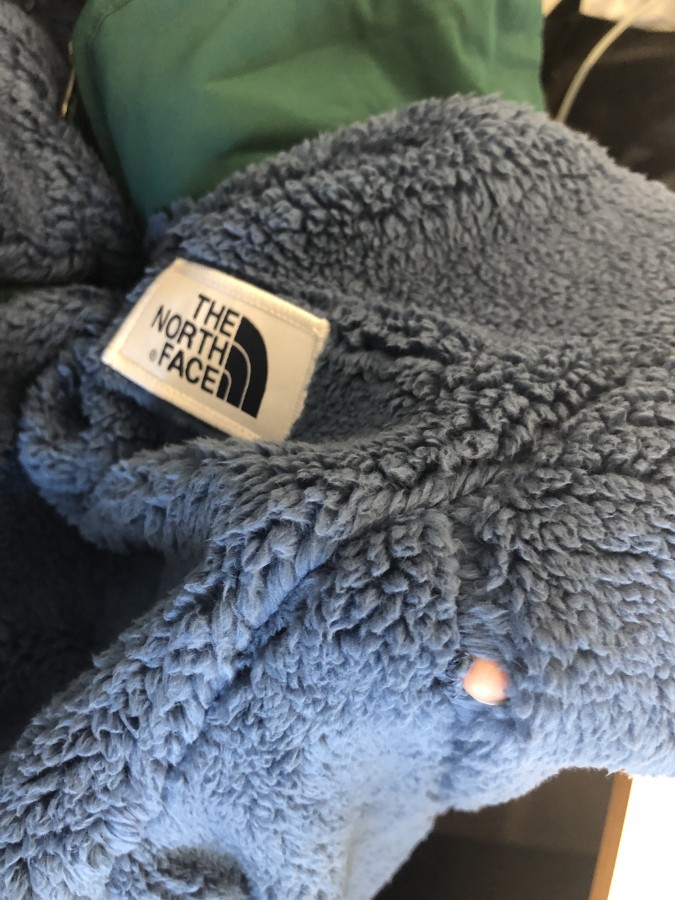 Girls Will Want To Touch It

This fleece is more substantial and much softer than any other fleece sold by north face......i wear it as a baselayer in the bitterness of winter......it is a great fall and mild winter jacket......ive worn it to the bar and thus my headline......great fleece....

This fleece is more substantial than other fleeces sold by north face......it fits great and the material is super soft and warm.......it is a great fall/winter jacket......

Warm Jacket But too tight.

It is warm and of good quality. But the size is tight. I ordered a large again.

The first one I ordered fit perfectly but had a slight kink in the zipper area 3/4 of the way up. It was enough to where my fingers would slip off the zipper if I wasn't holding it firm enough. It appeared to be how the zipper was sewn into the jacket. I called Backcountry and they immediately sent me a new one, which I very much appreciated. But the replacement not only had the same kink in the zipper (not quite as bad), the fit was much smaller. The arms were noticeably shorter and the body tighter. I was very disappointed. I called Backcountry and the gentleman I spoke to, Richard, was very, very helpful. I told him I'd rather just have the first one back, but being the holidays it was just not possible with the amount of returns they were processing. That is where this man went above and beyond the call of duty, going to the warehouse and trying the remaining 3 on to find the largest one (size Large), which he sent out to me. It fit more like the first one, but the fleece was not as soft and plush, and the zipper had this same, annoying kink. Weird, right? I mean, how can a company like The North Face be so all over the place with quality control? I decided I'd keep it with the annoying zipper kink, but I've NEVER in my life had a zipper do this, and I've been around nearly half a century. If this is actually a design, it's dumb, and makes the garment seem second quality. I took the tags off and wore the jacket one time to go shopping. When I returned home, my family was laughing at me as I walked in the door. They told me to go look in the mirror. There's a permanent seatbelt impression which I don't know how to get rid of. I have tried to brush it out to no avail. I can't wear this in public, so I suppose this is nothing more than an expensive house sweater, which is a bit warm for such duty. I have attached a pic, but needless to say I am not very impressed with The North Face quality anymore. I am, however, thankful for a great company like Backcountry doing the best they could given the situation. None of it is their fault. I gave 2 stars because it is soft and cozy, but that's where it ends.

Most comfortable and cozy fleece. Extremely warm! True to size.

This jacket is cozy warm! The hips are a little tight for a woman, but I love it anyway!

This is a great jacket it is lite, but with the heavy rated fleece it is really warm. I have owned two North Face jackets, this being my second one after 25 years. Thank you, Gary

Great jacket but too big

The fleece is ridiculously soft and turns you into a teddy bear. I was really looking forward to owning this jacket but the size small was too big on me. It fit like a medium. Unfortunately had to return it. I tend to wear things fitted so if you don't mind a looser fit, this jacket may work perfect for you.