Just cause it's cold out, doesn't mean you're going to stop wanting to be outside. If anything, that blanket of glistening snow just makes your favorite trails and streets even more enticing. For lightweight warmth on all of your winter adventures grab The North Face's Apex Elevation Hooded Softshell Jacket. It's 100% windproof and highly water resistant, keeping you covered on blizzardy days when the snow isn't mixed with rain, sleet, and whatever else Mother Nature can cook up. Toasty Primaloft Silver insulation keeps you warm when temperatures plummet, and retains its warmth when wet, giving you insurance when you're facing heavy wet snow, or younger cousins with an army of snowballs.

On stormy days you can throw up the adjustable, insulated hood to keep your head warm and dry, and shove your cold hands into the front pockets for a welcome escape from the elements. The left chest pocket has a media port to thread your headphones inside the jacket, so you can jam out as you trek through untouched snow to the summit or to the store.

Seems like a piece you can purchase at Kohls. i'm super disappointed with this jacket, reiterating why i haven't purchased TNF products since my original Nuptse Parka in the late 90's.

Pros: Fits well (I'm 6'3, 300 lbs, bought a 3XL). Perfect combination of warmth without being bulky (I live in Wisconsin). Outside of jacket looks good. Major Cons: The insulation fill is coming out through the interior lining. I cannot wear the jacket unzipped because it looks sloppy with white fuzzes on a black jacket. That is what I am most disappointed about. For a $200 jacket, I expect the liner to contain the insulation. Lesser cons include: Jacket does not have the double zipper so it bunches up when you sit down. Hem bungies are located in the pockets rather than on the side seams which is irritating when putting hands in pockets. Also, the hood covers your eyes when you put it up.

I like everything about this jacket. It is comfortable and warm. Provides good wind protection. I like the elastic seal inside the sleeve, works perfectly with my gloves. 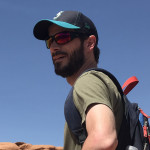 It seems that everythings are going out!! Any explaination?? I just wore for twice! 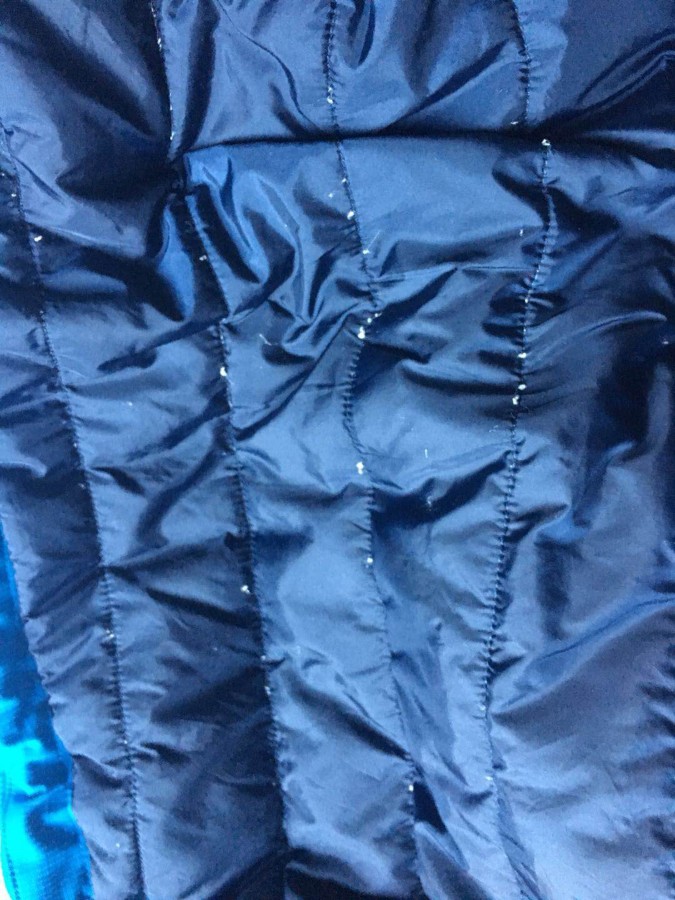 No way to adjust

This has to be one of the warmer TNF jackets I have owned, and that is saying a lot since I have 16 of their jackets in my closet. It is also one of the best looking. Snow is no problem, but I probably would go with something else in heavy rain. I guess the only thing that I would want to see would be pitzips because it is so warm. Fits like a dream. The hood is permanently attached.

Bought this for my pops and even though he's not much of a jacket guy, he really loves the thing. Looks like I might have to pick one up next.. 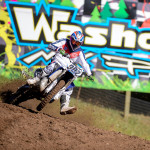 My husband loved his jacket. It is a great medium weight and loose enough for layering. It does have a less fitted structure, a bit boxy but we still love it. The shipping was quick and loved the purchasing process from Backcountry. Can't wait to order again.

Go for CampSaver or MooseJaw. I won't buy backcountry products anymore. They have shipped the product with defect to me and coincidently didn't have only the color I bought for exchanging it. The product should have been checked before shipment, since the defect is obvious (you can't put your arm through the sleeve because it has been seamed twisted). It was not the first time I receive a product with some defect from them. After purchasing about more than USD 1.000 in the last two months, this was my last time with them.

Construction and function: Since this jacket is not meant to pack small and light, the shell is substantial and has a quality feel. The lining is slick so it’s very easy to get in and out of. I wanted a cold weather coat that would spend a lot of time in the driver’s seat so I’m pleased that although the hood is insulated, it’s not bulky and the elastic adjustment cords hold their adjustment so I can just flip it up when I leave the car. The hood does not have a size adjustment so to get the large hood to stay put in the wind, it has to be tightened such that it covers my eyes. Fortunately, wearing a baseball cap solves the problem and reduces glare at the same time. The cuffs are loose at the wrist as are the elastic fabric seals but if I’m going to be out very long in the type of weather this coat is meant for, I wear gloves that go up into the sleeves and seal the union nicely. The hem of the jacket has an elastic drawstring that can be used to make small adjustments at the hips. The extra cord goes into the hand pockets so that it does not hang out of the bottom of the jacket. I bought mine in Banff Blue and the picture accurately represents the color. The wind blocking ability and insulation make this jacket about all I can stand while in a car. The next step in warmth would have to be either a full-on parka or a size larger choice that would allow a mid-layer fleece. Size: I am 5’10”, 180lbs and if my pants are sized honestly, I wear a 36/31. I bought a large and over a heavy flannel shirt it fits perfectly. The torso length too is correct as it just touches the bottom of the car’s seat. When standing, the sleeves stop just at the top knuckle of my thumbs. That’s a good thing, since there’s no Velcro strap on the sleeves so if they were any longer I would look like I borrowed my big brother’s jacket.

Warm, water resistant, stylish. I have big shoulders and chest and a Large fit me just perfectly even though all my shirts and sweatshirts are XL. I don't think I'd be able to fit a sweater on underneath this jacket, but you won't need it. I used this jacket on a long trip to Seattle during February and felt like I didn't need a sweatshirt underneath, at most a long sleeve shirt underneath and I'd be fine.

I am a jacket freak. I have something for almost any type of condition. The day I got it happened to be max 27 with constant 15-20mph wind. The coat is ok in that temp with a tee shirt and long sleeve shirt underneath (no sweatshirt) however I would say for no longer than 20 min. After that I could tell it was getting cold. Its not advertised as the warmest coat so I am not unhappy. It does exactly what is claims it will. Its water "repellant" not Waterproof. Its warm on 32+ degree days for sure without another coat layer underneath. I wear it regularly to work in winter with just a regular shirt beneath and its fine. Its lightweight and fits well. I'm 5'10" and wear Medium in almost all brand jackets, the medium in this fit perfectly. There's room for layers beneath if necessary but it doesn't look huge if I'm just wearing a shirt beneath. For the price its a good buy. Its warmer than a "fall/spring" coat which cost the same money. The hood is a good feature. In light precip. or snow it does fine. It definitely blocks wind well.

The jacket is light weight and very comfortable for every day wear. The external jacket is very wear resistant so you won't easily tear it. It works great in light rain but I haven't tested it yet in heavy rain. The cut on the jacket is loose fit, not contoured to your body as many jackets are. I wear a large and the large jacket fits me perfectly in the shoulders, so it's true to size. When most say the jacket runs large it is due to the loose fit below the shoulders to layer clothing under without being snug. If you wear just just the jacket it will be a bit loose in the body as loose fit jeans would fit in the legs. The sleeves at your hands are the only dislike I have for the jacket. They hang loose without any type of gather, a Velcro cinch would have been nice to keep out snow or cool air when wearing light weight clothing underneath. The sleeves are made a bit long, great if you have longer arms, so they hang over your hands with no way to cinch them at your wrist. The internal liner gather sewn it at the wrists is loose to the point they could have left it out and no one would have noticed. There are only external pockets on the jacket, it would have been nice to have one or two internal pockets. I've worn the jacket in 30 degrees with 12 - 15 mph winds and was warm, so the jacket does it's job. It is a nice jacket but could use a few upgrades to make it perfect.

I bought the cosmo blue color and what more can I say? I love everything about the jacket, love the blue/orange combo, love how comfortable the jacket is, love the quality

I gave this jacket five stars because this jacket really is wonderful. I bought the yellow/brown color and it actually looks quite nice. The only grip I had was I wish that they gave adjustable cuffs at the end of the sleeves because I have had a little snow come in when shoveling snow. Also, the fit is different than most soft-shells that I have had. Its looser that you would expect from a soft-shell but that actually adds to the versatility of the piece because I can wearing around my college campus but also go snowboarding with it. It repels light rain and snow like a dream but will not keep you dry in heavy precipitation. Its also very wind resistant. I would recommend this jacket to anyone looking to buy a really nice winter coat.

Having had 4 other soft shells(Columbia Titanium, Patagonia Guide, North Face Android, Desert Combat Jacket), I have to say, this is the one! My complaint about most soft shells is that due to the cut it is difficult to layer, and the liners are never thick enough and due to the texture on the inside (apex bionic) it makes it a pain to put on and take off if you are layering. The best I had found until now was a military issue Desert Combat Jacket that had a waffle liner. Well, this may not be quite as wind proof as those, but the primaloft liner more than makes up for it. I find it to run a hair large, and compared to most other softshells which are usually cut very lean, this is quite a bit larger. Quite warm, and plenty windproof, with the smooth finish liner it is easy to layer under as well. Plenty of pocket space, and this feels more like a winter coat than a jacket. This is a bit bulky, not too bad, but you know you have a coat on. This was tested in 40degrees with 30mph of wind and was up to the task. 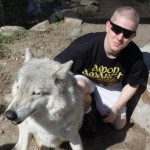