Can't wait? Consider one of the other Men's Sport Watches we have in stock.

Lets you know where you are and more.

Suunto's Ambit3 Run GPS Watch does a lot more than showing you where you are on trails and running routes. Apart from the GPS waypoint, visual route navigation, track back, route planning, and track logging via Suunto's Movescount app, the Ambit3 Watch also features speed, pace, distance, and altitude calculations for any training sessions whether you're cycling, swimming, or mountaineering.

I hate to be a bummer about this watch but it's got some issues.

I got this watch a few months ago with HR monitor strap. The main reason why I wanted a watch is so I could start training based on HR. I did some research and thought that this was a reasonably priced watch for the number of features that it has. GPS-navigation back would be difficult to follow but still nice to have it just in case. Compass and elevation information are also useful when I'm out on a trail or backcountry skiing. I also like that it provides average and current pace, which is nice to have to get your barring, but this is a standard feature for many watches.

First, elevation gain estimates are widely off. I have read that they can be wrong if you dont have a barometer, but I really did not realize how bad they would be. The error margin is about +/- 30% of your actual gain, so they a basically worthless when it comes to figuring out your vertical distance while on a move (this becomes super helpful when I know an approximate elevation gain for a specific route and I'm trying to estimate how far I have gone/ still need to go which is important information to decide whether I need to turn around).

Second, battery life is short ~ 8 hours for running sometimes if not enough,. I started using good GPS for skiing and it seems to increase battery life to about ~1.5 days but anything less than that is off by a significant margin. This becomes an issue during longer trips though can be easily fixed if you have a charger. It's a nice feature that not all 'medium-price' watches have I just wish the battery would be a little better.

Third, my HR monitor broke in two months. I replaced the battery twice, saw some rust on screws - though Im not sure why it broke I think the moisture might have had something to do with it. Which is kind of stupid - it should be able to handle sweat!

Lastly, I have noticed moisture accumulating underneath the screen during humid runs and that's just poor quality watch. Im predicting that it will not last long especially where I live, which is a bummer cause I really wanted to get a device that I could use for awhile and rely on.

I'm planning to contact customer service to fix the heart rate monitor, I'm hoping to be able to use it again in the near future.

In general, I think this watch has some pluses: it's accurately estimates distance and is easy to use. But the lack of accuracy of other features and immediate malfunctions are pretty annoying. Maybe paying for a better version like Peak or other models would be better. 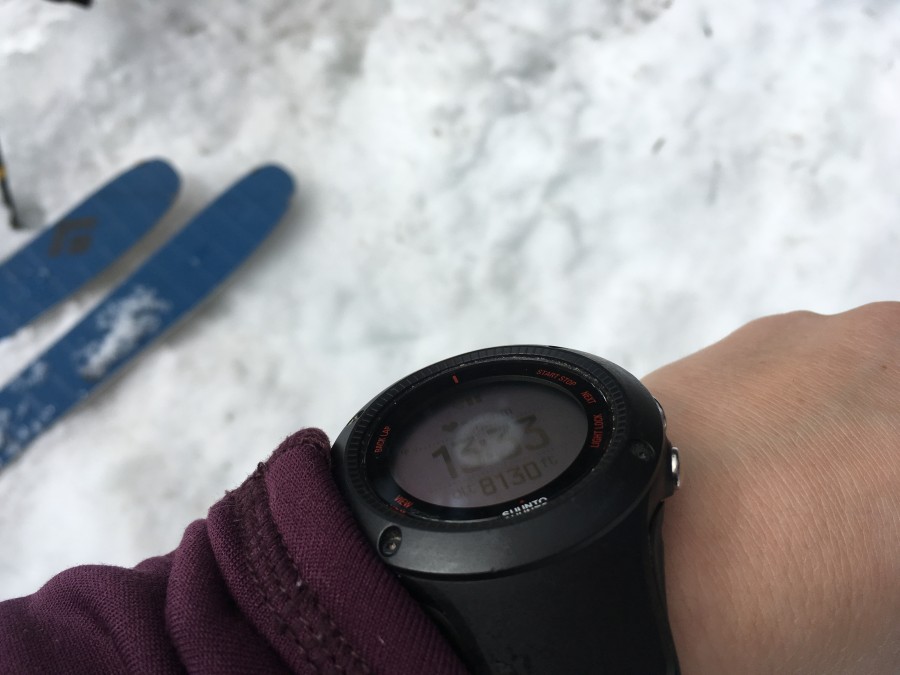 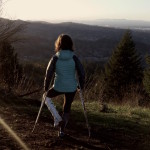 update: I have contacted Suunto customer service. They replaced HR monitor and replaced the gasket in the watch. Generally, pretty pleased with their customer service; all repairs were done veery quickly in under a week. So far the watch has been working well. It recently ate some of my runs, I can see them on the watch but they are not being transferred to movescount. I repaired the app and the watch, tried getting Moveslink on my Mac but for some reason my Mac was not able to see my watch when connected. Luckily it worked on a different computer, though my runs still didnt get uploaded. I checked my USB ports, they work and the cable also works, it's just Mac+Moveslink+Suunto watch that dont want to talk to one another. This is way too many details and trouble shooting saga than most people would like to read just wanted to point out that there are glitches in the software and hardware.

The one watch to rule them all

Email me directly with all your Suunto Ambit3 questions - jelam@backcountry.com 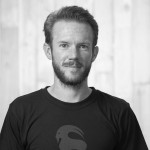 I wear this thing all the time as if it were a fitness tracker. I love this watch! It is super rugged and can take a beating. I thought the housing of the GPS would be huge and annoying...well...it is big, but it didn't bother me like I thought it would.

The Run is a simple watch to use since it really only tracks running. I have had no issues with this watch. It is waterproof, picks up GPS super fast, and is very accurate.

I wish that it gave you haptic feedback with a vibration when you hit a mile marker, but all it does is beep.

I also wish the app was better. Garmin has a better app, but Suunto has the better watch. I have had no issues with it syncing to my phone either.

This is a solid running watch. 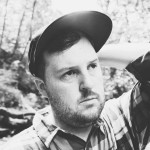 So I have used this device various times now and so far it's been surprisingly very easy to use. It was really easy to setup my first runs with its intuitive setup screen which is awesome.

Pros:
Battery Life is fantastic, much better than my old garmin.
Interface is great, easy to use. (Seeing my elevation has been a huge plus)
Wrist band is very comfortable.
Love the ease of the tangible push buttons.
The connect software is super straight forward to record my information.

Cons:
It did this weird bit when on a hike, if I stopped moving to rest it would stop recording the overall progress unless I hit the start button again. That got rather annoying as I didn't want to think about the watch until the end of the hike.

I can't record elevation change unless I set it to "trail running" instead of "run" as "run" apparently doesn't capture elevation.
Would be nice to connect straight to Strava instead of having to go through Movescount. 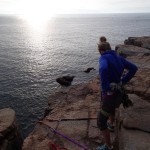 I have been using the Suunto Ambit2 for a year and a half for running, trail running and snowboarding primarily. It's easy to configure and the data you can get via MovesCount is fantastic, particularly the GPS data shown in a map format.

As a woman I don't mind the large watch face (and did not find it too large). The only drawback that I'm currently trying to figure out is whether you can change the battery, as it's USB charging and has finally seemed to take it's last breath. There is little information online to tell me exactly if I need to buy a new watch or if it's possible to replace a rechargeable battery. Regardless, I got flawless performance out of it through rough-and-tough usage that I still highly recommend.