Garment Sizing:
Stoic gear refers to the size of the person for measurements, so take your own measurements to determine what size you should buy.
Sizing Notes:
The Women's cotton tees run small especially for larger busts. We suggest ordering a size up.
How to Measure:
For best results, take measurements over your underwear.
Chest:
Measure under your arms, around the fullest part of your chest.
Waist:
Measure around your natural waistline, keeping the tape a bit loose.
Hip:
Measure around the fullest part of your body at the top of your legs.
Inseam:
Using pants that fit well, measure the crotch seam to the bottom of the leg.
Sleeve:
Measure from the center of your back to your wrist with arms held out.

Whether you're headed out the door for a cold weather romp through the trails or looking for a little extra warmth, the Stoic Women's Heavyweight Performance Fleece Legging abides. The blended material lends adaptive warmth and moisture management, while the form-fitting design promotes unencumbered mobility.

Loved them so much that I bought a second pair! Has a great fit! Very comfortable! I didn’t have any sizing issues. Highly recommend!

I love these leggings! So comfy! Wear them to the gym, and when I need to layer to keep warm outside. Great leggings for the price.

Leggings feel great. I took the advice of the people in the reviews and ordered a size smaller, and they fit me perfectly. The quality of the material is questionable, it started pilling day two of wear on the seat of the legging. Still a fan, but would appreciate something burlier!

These leggings are well made and warm. However, they do run about one full size large.

These tights are almost perfect. They are a good weight and quite warm. However, even the legs fit/look great, the waist is completely oversized to the point that it looks terrible on. I wish I put the money I spent on these towards a better tailored pair.

I took everyone's advice and sized down. I usually wear size XL-2XL and size L fit perfectly. Other than the odd sizing, these are nice leggings and incredibly warm. I use them for outdoor runs in cold (20 F) windy weather. I didn't have a problem with them sliding down while I ran.

Fleece lined interior, smooth exterior. They fit different than expected--wide at the waist and calves. Surprisingly, I've loved this for layering on cold ice climbing and ski days--I throw these on between my thermals and goretex shell pants and because of their looser fit, they are less restrictive and super warm. No tight belly rolls, no cut off circulation at ankles. A loose-fit legging.

These leggings are great, but in my opinion, ran a little big. I typically wear a medium (size 8 in jeans) as I have wide hips for my weight/height, and a medium usually works for me, but these are a little baggy in the bum/upper thighs and not as form fitting as I usually like my leggings to be. However, aside from the fit, these leggings are awesome and work as a great base layer for layering or are also warm enough to wear on their own for casual wear, as long as you're not some where too cold. I wear them to work or around the house on winter days and they keep me warm and much more comfortable temp wise, compared to your average cotton legging.

I actually really liked these. They are thick and warmed and fleece lined. They are a little bit larger fit but I like that in a baselayer. They have a large waistband that makes all day wear super comfortable. I even bought a pair for my mom and she is super picky with her baselayers. These kept me warm over freezing Breckenridge temps!

I loved these pants, however the waist was super big. I'm 5'1 pretty petite and got a size small and it felt like a medium on the waist and a small on the legs. I loved the pants but that was my only concern. Other than that they look and fel great

I wear a size small; i have an athletic build, 5'5, 125lbs but unfortunately the waist on these pants were abnormally large and had to return. They were not wearable due to waist however the material did seem warm and thicker and price is great.

Got these for my wife and while they are thick and very soft, she is unimpressed with the quality. She couldn’t decide between the M or L, in the end even the medium was almost 2 sizes too big. She decided to keep them as lounge pants, but will need to find a different brand for exercising in the winter cold. 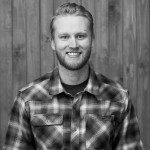 I bought these as a gift, and when I got them, I was super excited about how comfy they seemed and how thick the material was. An excellent gift idea, however, I purchased a size small and they were double her size. She typically wears a size small in everything so it was very unusual. Definitely size down for these or else you’ll RUIN CHRISTMAS.

These are perfect for under my snow pants! They are so warm and comfortable!
The ankles are loose as shown in the picture but not overly so! They are very warm and fit great! 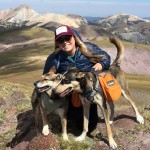 I'm 5'4" and 130lbs, so I sized down to an XS and it was still really big. The ankles were billowing and there was just a ton of fabric everywhere. I suppose if I had more curves this might be a comfy fit, but these look like a cross between leggings and joggers on me-- it looks crazy.

As other reviews have mentioned, the sizing is off. Perhaps they would fit someone with very large ankles. Also, the fabric is not very good quality and it is a not brushed, so it has that athletic apparel shininess.

I purchased a size small for my 5'9", 140lb wife and though the material and design are fine for the price, they were still too large. Serious sizing updates needed.

Great as warm base layer!

Definitely order 1 size down. For reference, I'm 5'3" and I wear a size S in Zella leggings (which are perfectly snug on me) so I ordered the small in these for a little extra room but I could have gone with the XS. The S in these fits like a roomy M in both the waist and legs (a little baggy) and the length is perfect for me like maybe 28 inseam? I'm going to keep them as is because the material is nice (soft fleece on the inside) and mid-weight, great for winter. They will be comfortable for bloated days too-- no muffin top! I think these would be perfect for a curvy or athletic body type with bigger hips/thighs/butt.

I did not size down like recommended but I dont think these would have fit even if I got the XS. Would not recommend. They just feel cheap as well. Very disappointed.

Work well for me thus far

I read all of the reviews before buying these that said that the tights run large, but even with that, I decided to move forward and try them out. I was looking for fleece-lined tights to wear while hiking, walking the dogs and over cycling shorts in the fall, winter and early spring and these were such a good deal that I had to give them a try. I've only worn them twice, but already ordered more because I think they'll work fairly well. While they are not quite as warm as I'd hoped, they are warm enough for all but the coldest days while engaged in the activities described above. Personally, I think they fit pretty true to size, but they have a lot of stretch, so I suppose it depends what brands a person is used to buying/wearing and body type (I have large legs/butt and smaller waist). Based on the size chart provided, I'd say they do run slightly large. I wish the fleece was just a tad thicker/warmer, and unfortunately, they don't work well on the bike because the fabric is too slippery for the saddle, but beyond that, they seem to work well. I hope that they will hold up over the long run, but only time will tell in that regard. I ordered another pair of fleece tights from a popular athletic wear company and was able to get three of these for the price of one of theirs, so we'll see what happens.