Can't wait? Consider one of the other Mountain Bike Wheels we have in stock.

Tough enough to handle the most technical trails while remaining light enough to rip XC laps, the Stan's Notubes Arch S1 29in Wheel versatile design brings your riding to the next level. This wheel is built to provide you with unrivaled traction and control when you're running 2.25-2.5in wheels, while the alloy rims, stainless steel rim eyelets, and easily replaceable standard spokes max out its levels of durability.

Stan's Notubes Wideright rim design focuses on a problem that other wheels fail to address: the fact that many rims just don't work well with the tires we're all using. Rims that are too narrow create less stability and control in the corners, and less traction on climbs, while rims that are too wide distort the tire profile and decrease traction and control, resulting in impacts being driven directly into the rim and negating what would be an absorbing advantage of the tire's volume. Stan's Notubes Wideright rim design strikes the perfect balance between tire volume and sidewall function to give you a ride that allows for maximum traction and control with minimal rolling resistance.

Rim is great, Hub is trash

TL;DR: The rim is great so not trust the neo hub. The rim itself is sturdy and I’m pretty impressed with its durability. It has been through some serious stuff and is still true. I’ve put probably 300mi on it so far. I threw it on my megatower as a replacement after i snapped the original rim that was on it. I have owned it for five months. Rim holds up but the hub has come loose and is falling apart (rear). The cassette keeps coming loose as well as the internals just going to crap. It is under warranty but the neo hubs do not last if you ride hard. I’m replacing it with a DT swiss 350 to avoid the headache of doing this over and over. The neo hubs are notorious for this. Know that goin in i guess

Picked up this wheel for my bikpacking / commuting rig (surly ogre). So far no complaints, rims are strong and durable and the weight is pretty low for a strong mtb wheelset at this price point. 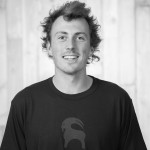