The benefits of 1x11 drivetrains were undeniable for riders who made the switch to a single-ring setup. Better chain retention, quieter operation, lower maintenance, and simplified shifting just made sense on the mountain bike side of things. The only downside was running out of gears, being forced to spin up a steep climb at an uncomfortable cadence or wishing you had a little more top end on fast fire roads and descents. When SRAM released the 12-speed Eagle group that all changed. The addition of a 12th gear and the dinner-plate sized cassette that came with it left some skeptical, but it gave us a 500% gear range that rivaled that of 2x systems, and provided some of the best mechanical shifting on the market. It was pricey at first, but then GX Eagle came onto the scene, bringing Eagle to the masses. This GX Eagle DUB Groupset includes everything you need to put Eagle on your trail bike, less a SRAM DUB bottom bracket and an XD driver for your hub.

This groupset includes the crankset, cassette, chain, rear derailleur, shifter, and b-gap adjustment tool. The crankset is made of 7000-series aluminum which is both light and strong, and helps keep the price of the groupset reasonable. It comes with a 3mm offset, Boost chainring for bikes with 12 x 148mm rear spacing. The crankset uses a DUB spindle, which SRAM created to be compatible with virtually any frame, provided you get the correct DUB bottom bracket (not included). SRAM claims the DUB spindle is stiffer than GXP, yet lighter than BB30, so combined with the increased compatibility it makes sense that they made the rolling change to DUB.

The derailleur and shifter offer similar performance to their higher-end XO1 and XX1 counterparts, the primary difference being weight and the material composition of the shift levers. The cassette provides the same mighty 10-50t gear range, but with all steel cogs. Yes it's heavier, but arguably more durable. The chain uses solid pins instead of the hollow pins found on XO1 and XX1, and it does not have the low-friction ti-nitride coating of the XX1 model, but it still provides seamless shifting between gears. All things considered, the performance and value are there.

Everything is good but...

Everything is good but be aware about the preload thing you have to twist and then tighten on the cranks. I turned it per the instructions then tightened the small hex bolt until the tips just touched (per instructions) and it appears it was too tight because it was making a high pinched squeezing noise when I put the power down on the cranks. (Pedaling hard) When I loosened the bolt it stopped. But now the ends are not touching. (Per instructions they should be)

Best drivetrain for the money

I have put over 3k miles on my original set and love it! Shifts great and the 1x makes life easy.

Best drivetrain for the money

I have put over 3k miles on my original set and love it! Shifts great and the 1x makes life easy.

Took a bit to get it set up just right, but once I did it's been great! Quiet, fast shifts, huge range, no chain slap or dropped chains. 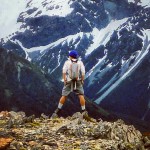 I have a 2011 Salsa Spearfish. It was converted by the previous owner from a dual chainring to a 1x11 Shimano XT. Would I be able to use this SRAM GX Eagle DUB kit to replace the entire drive train on my Salsa Spearfish? Or would I need additonal componentry to do this? What tools are required to do this? Thanks -