Don't let that last sip of tea go to waste because it's too cold to enjoy—keep it hot to the very end with with the Snow Peak Titanium Double Wall Cup 600. Designed for backpacking, camping, and any outdoor adventure where hot coffee is a must (so pretty much all of them), the Snow Peak Titanium has the ability to keep your beverage of choice nice and hot as you enjoy the morning views from a remote campsite.

This Japanese-made mug is definitely worth the sixty USD! I've chugged water, sipped coffee, taken shots of cheap VSOP out of it, and diluted Dr Bronner's hair conditioner in it. This cup looks and feels great, hope to use it for years to come. 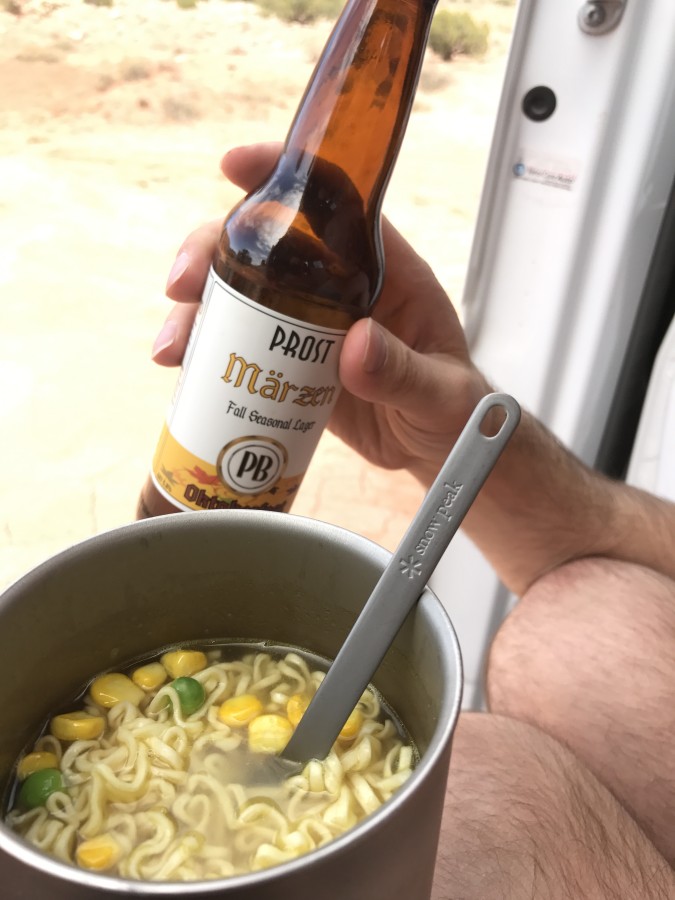 Use it every morning

My wife and I love the feel of these mugs. They are our go to mugs not only for camping, but also at home. The double walls insulate them enough that you can wrap your hands around piping hot beverages, but it still feels nice and warm to the touch.

As soon as I got this mug it was pretty much my go to for any beverage other than water (that's nalgene). It does a good job keeping coffee warm if you are a slow drinker like myself. Also roomy enough that I use it to eat backcountry meals out of on occasion. Still not completely convinced it was worth the price point, but other than that, it is a very solid mug with ample space for A LOT of coffee. 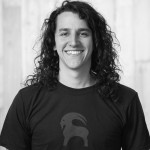 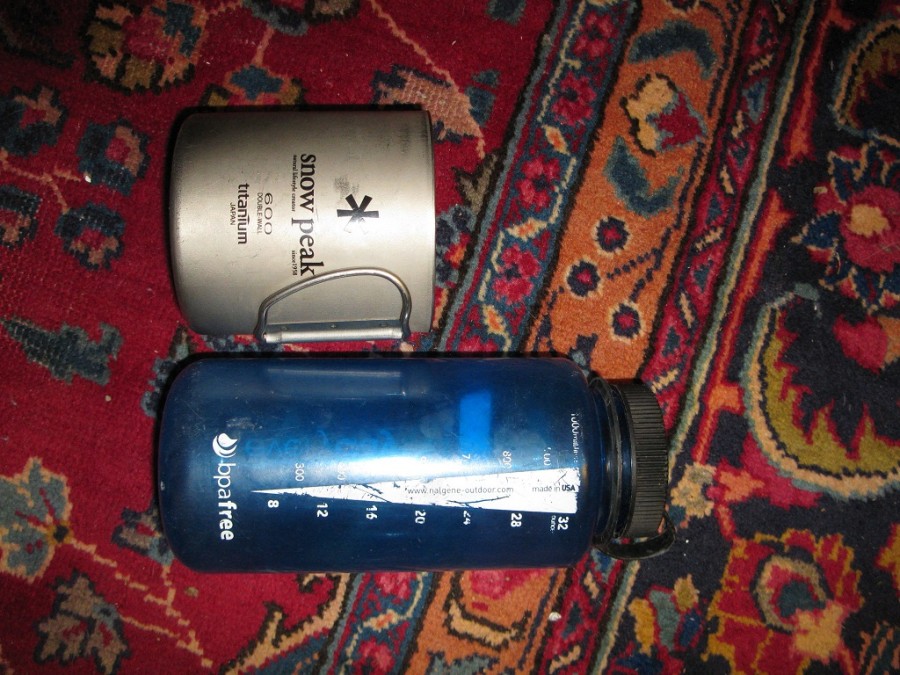 I eat and drink everything from this when camping/backpacking, and it hasn't disappointed yet Keeps coffee warm just long enough, holds a good-sized portion of food, easy to clean out in any body of water, super light Is a bit spendy, but I think you're getting what you pay for here

This has been a welcome addition to my backpacking mess kit. The 600 is great for both hot drinks and food. Insulation works great, and you won't burn your hands. I took off one star because of the price.

This mug is great...Ive been using it for about 2 years on multiple trips. Retains heat very well. Only wish it had a lid for hydrating food in hot water. Dropped on a rock(empty) and dented corner easier than I would have expected. Still insulates in area of dent.(Ive dented double wall stainless cups before and the insulation was greatly compromised) You'll be glad you splurged.

It took me a looooong time of self debate and agonizing to buy this cup. My other choices were the 450 double wall or 600 single wall. Both of which are lighter and much cheaper than this one. With my new 600 double wall in hand right now, I'm so glad to have bought it. The other 2 alternatives are only marginally lighter than this. The double wall 450 would have been too small to be my all-in-one cup to eat and drink out of in the backcountry. As for the 600 single wall version, while it's plenty big, it's simply going to lose too much heat too quickly when it's cold out. I thought about fashioning some sort of cozy for the single wall, but decided that the weight (probably another 1-2 oz which puts it in the neighborhood of the double wall), the money saved (at least another $10-15), and the hassle (need to find some way to go around the handles) are just simply not worth it. As for performance, beer in the cup tastes like it should, never foams up more as another reviewer indicated; kept my ramen hot for a long time; didn't burn my lips; water tastes good. It arrived with a small ding at the bottom, but I let it be since it doesn't affect function. However, I suggest wrap your bandanna around it in the backpack to protect the cup. It's perfect for me and my other half - he can eat and drink directly out of jetboil, and I use this one. So in short, if you are deciding among the other versions of this cup, single wall or smaller volume, get this one and you will like it. 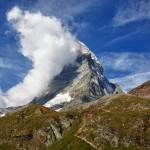 Maybe it's just me, but I find that with a good beer, it actually seems to enhance the flavor.

Good one Phil. I had the same thought - at first I thought beer just tastes better outside. But I've been using it at home for beer too.

a sweet cup - super light for an insulated mug and holds heat extremely well (boiling water inside and outside is only warm to the touch). A bit pricey, but you wont regret it!

It's my whole mess kit

I bought this cup for ultralight camping and it's my cooking pot/ cup. I made markings at the half cup levels and it makes a great cup or pot. It is more than twice as sturdy as a single wall cup.

good tip on the measurements!

I wanted a cup that would double as a bowl but still, I was concerned the larger cup would be too big. Not so. This thing is amazing. I agonized for a long time over whether I should get it, especially after several "You're going to spend HOW much on a cup???" encounters. As other reviewers have said, it's money well spent. The initial pain is worth it because: 1.) It's lightweight (70 pound packs are so last year) 2.) It keeps things warm (you may even burn your tongue!) 3.) It's versatile (is it a cup or bowl? cup or bowl? Oh cool, I can stash stuff inside it too! Cup, bowl or suitcase??) Basically, it's the perfect cup. I use it for tea (didn't notice any metal mouth flavor) and food.

It doesn&#39;t get much better than this!

There&#39;s nothing about this mug I don&#39;t love! I&#39;m cranky without sufficient coffee and we all know that no one likes a cranky camper.This mug is large enough to treat me well all day. Its&#39; insulating abilities are top notch and the Tupperware protein shaker top fits nice and snug, making it the perfect travel companion. It doesnt get much better than that!

Love the double wall insulation that keeps your beverage hot while your hands don't get fried. This larger size is convenient as I also use it for freeze dried dinner prep and serving as well. And it weighs almost nothing!! Wish they made a sipping lid like they do for the smaller sizes. And be aware: because of the double wall construction it is NOT suitable for cooking directly on the stove!! If you want that functionality Snow Peak makes a titanium 700ml single wall that might do the job.

this thing is perfect. a nice big mug like I like, titanium, double wall insulation, snow peak quality, and it fits inside my trek 900 cookset like a glove. sure it's expensive.... but you should only have to buy it once.

I am stupefied at how nice this mug is. It keeps things hot far longer then expected around camp and gives the same benefit to morning coffee at home. The only two down sides - you need to fashion your own lid - and something about the surface fizzes beer.

I used the double-wall model on Denali in sub-zero temperatures; it kept my food and drinks warm and cleaned up easily.

This cup holds any beverage at a piping hot temperature. The 600 is quite large, so I got the 450 model. It is extremely lightweight and durable - put it anywhere in your pack and it will survive without a dent. One warning- it is such a great insulator, the outside of the cup will be cold, but the liquid will burn your mouth.

Will the Single Wall 450 nest inside the double wall 600, or will I need to go with an even smaller cup? I know the double wall 450 just misses fitting, but the single wall appears to be just a little smaller.

Hi bob, nope, no lid on this one. We love these mugs for their weight, insulation (great hand warmers) and the volume of drinks/food they hold, but, just in case you weren't aware of it, you can't cook in any cups that are double-walled. Stoic makes one with a lid that's on sale now (item# SCI0301), but you can't cook in that one either. Hope this helped you out.

would like to know can you use this on top...

would like to know can you use this on top of the camp firer.. cook Chicken Noodle soup. I don't want to wash another item (pot)..

Will the snow peak dbl wall 600 mug fit into the mini soloist pot like the 450 does? 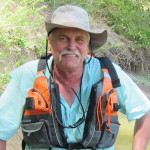 Snow peak 450 double wall cup can be stored inside this 600 cup? Thanks.

I just purchased the 600 double to replace my 450 double. I tried nesting them and it did not fit. The folding handle just kept if from nesting.

I heard that you can get a lid for the...

I heard that you can get a lid for the cup, is that true?

I think the company only makes lids for the 300 and the 450....check out snowpeak.com, or a few websites have them as well, but most are sold out of the 450 til june....im waiting for one myself...

Will this mug fit over the bottom of a 1 litre Nalgene bottle?

Unfortunately not. The cup is too small & the bottle has too large of a diameter.