Whether you're running them by themselves, or under your winter gloves, the Showers Pass Crosspoint Liner Gloves will quickly become an essential part of your cool-weather riding kit.

Showers Pass constructed the Crosspoint Liner gloves from a synthetic material that wicks moisture away from the skin, while also providing a modest degree of insulation. The touch screen compatible inserts at the fingertips mean that you won't risk losing fingers to frostbite when you have to respond to a high-priority text message.

There are reflective accents to improve your visibility to motorists in low-light conditions, and silicone grippers on the fingers keep you in touch with your controls. The fit is articulated and conforming to the hand, which makes them especially useful for layering under winter gloves like the Crosspoint Hardshell.

The Showers Pass Crosspoint Liner Gloves are available in the color Black and in five sizes from Small to XX-Large.

Seams ripped/separated after first use. Do not work with phone screen

I bought these gloves to be used as liners under my winter gloves. They are very thin, but I figured that I shouldn't judge before giving them a try. When I first put the gloves on, the seams literally became unsewn and the gloves began to fall apart at the base of the palm. I still decided to give them an opportunity and take them out for a ride. Used as liners under my Gore winter gloves, the crosspoint liners did absolutely nothing at 37F and my hands were numb within minutes of the start of my 9 mile commute. I have a pair of castelli wool gloves that I use with my winter gloves and can take them down to ~28F in windy NYC, so I know that the crosspoint liners are simply terrible. Last, the price is just way off the return on quality from these gloves, what a waste. 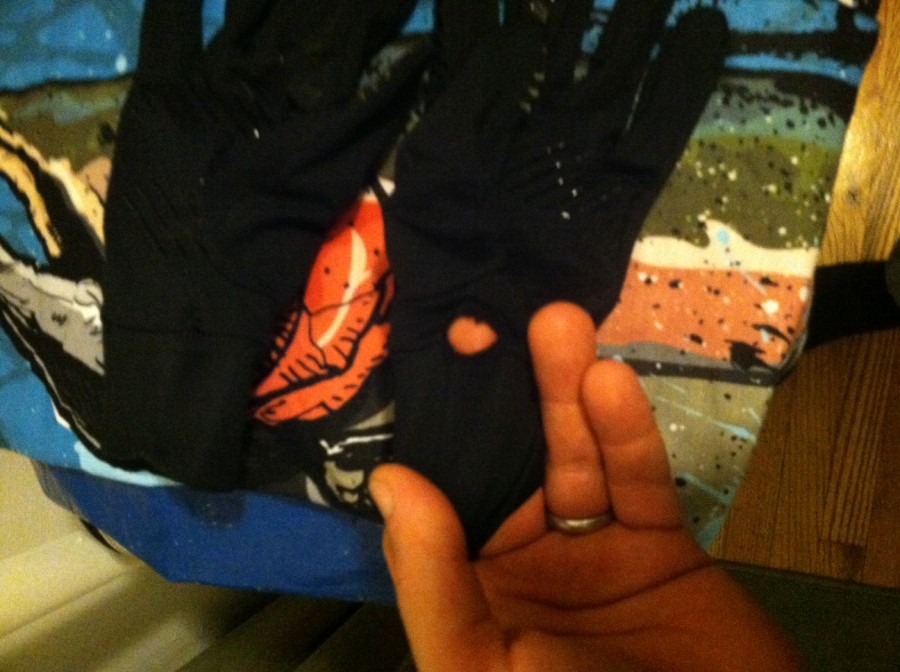 Hi, Please give me a call or email and I will get you set up with warranty to help remedy the situation. Chris Showers Pass 503-203-8000 christopher@showerspass.com