Shimano's update to Deore XT has brought it almost on par with its pro-level sibling, XTR, and aside from a few weight and aesthetic differences, it's pretty tough to tell the two apart. If the thought of abandoning your granny gears forever in favor of a one-by makes your stomach flip, chill out and know that the Shimano XT FC-M8000 Double Crankset won't force you to do any such thing.

Benevolently bestowed with trickle-down technology in the form of Shimano's Hollowtech II arms, the FC-M8000 comes prepared for all kinds of off-road rowdiness, with a hollow spindle to save weight and a rugged aluminum construction. Shimano made the M8000 straightforward to install and set up, and it includes two improved 3D composite chainrings to hang onto your chain with precision, without slowing down its orbit. The bottom bracket even got to join in on the update fun as well, returning with a more efficient seal, lower weight, and improved longevity, giving the crankset the sleeker functionality to match its equally streamlined aesthetics.

For those of you that do not want to run a single or a triple chainring Shimano offers the XT 8000 crankset in a double ring option. The cranks are standard top notch quality you expect from Shimano. Aesthetics wise they will not win top honors in sexy crank arms of the year. BB is not included with the crankset. Chainring wear leaves something to be desired but is expected when the rings get smaller. The upside is that you have a lot of useable gears when riding. The 38 ring gets to be a little small for xc riding….especially rolling terrain or short steep climbs that you can crank over. There are places that you just want to pedal through instead of coast down. Taking away a star since Shimano is not offering a big ring larger than a 38. I have been using the last generation XTR double cranks and they at least offered a 42 or a 40 for the big ring. I would replace the rings but its less expensive to pick up an XT crankset than but two XTR chainrings. It would be nice if they offered a 40T big ring option. 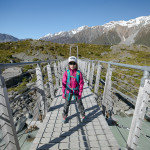 Is this compatible with boost chainline and frames?

Compatible with a 10 speed xt cassette?

Do these fit on the 2016 Bronson or do I need to get the boost model?

What is the weight of this crankset? With BB and chainrings? 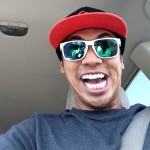