Road tubeless is the wave of the future, and Schwalbe is leading the way with its G-One Speed Tubeless Tire. Featuring just a hint of tread to keep you steady on less than pristine roads without slowing you down, this tire blends the comfort of tubeless with much appreciated flat protection to weather all manner of choppy chipseal, buffed out fire roads, and general pavement adventures.

The G-One pairs the low-pressure and puncture-resistant properties of tubeless with a 30mm diameter to soak up all the bumps. The wider stance allows for even lower tire pressure and an increased contact patch for more confident grip in corners and an overall smoother ride than narrower tires. Schwalbe's MicroSkin construction adds durability to the G-One, helping the tire resist ill-intentioned debris on the route so you arrive at your destination flat-free.

I ride a mix of dirt and paved roads. Most of the pavement is poor, and most of the dirt is very good. Later in the summer, as the dirt roads bake out, more rocks get exposed, and I switch to 40mm tires for the rougher stuff. But most of the year, they are smooth enough that a ~30mm tire at 55-65 psi feels very smooth and fast. Fast road tires like the Pro One feel incredible on these roads, but they do have some sharp rocks, and sidewalls open up from cuts and pinch flats every once in a while. So far, the G-One seems to be sufficiently tougher than the Pro One that it holds up to these roads, with minimal speed penalty. It's a stiffer tire and requires a few psi less pressure to get the same compliant feel as a Pro One 28 (which is the same size, exactly, 30 to 31mm on an 18mm internal rim). But, speed feels excellent, and I can't tell the difference in times on various segments. I would not hesitate to use these in a "B-priority" road race.

Same bead to bead as the Pro One 28

Concur with the other reviews, and wish to add that in correspondence with Schwalbe was told the bead to bead distance, the volume, of the Pro One 28 and the G One Speed are identical. Indeed if you place both tires, unmounted, on the workbench and flatten them, dimensions are identical. Schwalbe labels widths differently because they figure most Pro One 28 will be mounted on narrower rims vs. most G One Speed on wider rims. For many of us this is not true, as we use the same rims regardless, frequently Hed Ardennes+ or Belgian+ on which when initially inflated both tires will be about 29.5 - 30mm, and after a few weeks will be between 30.5 and 31mm, measurements at my inflation pressures of 50 psi F and 65 R (I weight 136 lbs.). There is 30 g more weight to the S One Speed which I don't notice. What I'd like to know from Schwalbe is a) how much more puncture resistance the S One Speed has, b) how much difference there is in rolling resistance and c) what if any difference there is in materials and construction, beyond addition of shallow tread knobs.

All Around, All Season

I had been running 28mm Tubeless Pro One’s for a few years with good results. Picked up many puncture weeds, but never had to do more than add some roadside CO2. Figured 30mm G One’s would possibly be a little tougher without much penalty. Worked out perfectly. The only downside with both styles is limited mileage. They’re fast, comfortable and traction is excellent.

Mounted these myself (tubeless) to a pair of Ultegra rims as an extra set of wheels to use on my Jamis Renegade Elite. They roll a tad slower than the WTB exposures I used previously, but they handle better on varying pavement surfaces and cornering. I am holding back the 5th star until I see how well they wear. 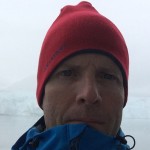 I love these tires. I don't know how else to say it. I've been riding them for two seasons now, through a couple of sets of them, in everything from pure road riding, light touring, gravel, gravel that ought to really be mountain biking etc.. They really are amazing, the ride is plush, and they are fast. Initially, I tried these on a pair of non tubeless rims. I put in tubes and road them. They felt like truck tires. Then I got them set up on a new pair of tubeless read HED Belgium rims and they had a ride and suppleness that is comparable to the tubulars I ride the rest of the time but with a far more plush ride. The weight is surprisingly close to the tubulars when run tubeless. Imagine my surprise when my average times with a 30c tire were very close to the times with 25c tires, not as fast, but very close. These are fast tires with light rolling resistance. This last summer we did a bike tour in Norway that included riding a big part of the Rallarvegen trail through the mountains. To say this was "gravel riding" would be the understatement of the year. In the 30 miles, about 20 miles of it was through flinty rock gardens. No flats, and they held up. This was with light panniers (clothes etc... no camping gear) on top of it. And I'm a big guy. So these tires are tough. Not a mark on them. I put these on a cyclocross frame that I have that had typically been too stiff to ride comfortably for more than about an hour. The plush ride these tires provides turned this bike into a favorite for road riding, for exploring and for light touring. It's an all day ride. As others have said, these are not the tires that are going to last untold miles. They won't last as long as other tires but they kill them with a great ride and performance. It's a tradeoff that works very well in favor of the Schwalbe tires. They'll put a smile on your face and you will be amazed. Highly recommended.

Got these as replacements for some 28mm Pro One tubeless tires as I was seeking something a little more durable. So far, so good. The tire is grippy and dives through turns with confidence. I'm running them tubeless at 50psi and they roll quickly and are pretty comfortable. They certainly feel slower on the rollers, but when on actual pavement, I can't really decern a difference in speed between an all-out road tire. If your bike can fit them, go for it! 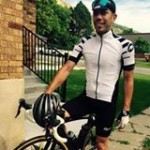