Can't wait? Consider one of the other Trail Full Suspension Bike Frames we have in stock.

For most of our customers, and ourselves included, Santa Cruz's all-mountain bike, the Bronson, hits a very sweet spot were the Nomad is simply more bike than we need for the majority of our riding, but we want something with just a touch more travel than what the 5010 offers. Ask any rider who's thrown a leg over a Bronson and pedaled it on the trail and you'll get almost universal praise on how versatile the bike is, pedaling efficiently on epic backwoods rides while still capable on enduro race courses and even handling bike park laps. So we waited with baited breath knowing that Santa Cruz had a redesign in the works for the Bronson and was nervous that something would get lost during the transformation. However, the entire sport of mountain biking has progressed with higher speeds and more demanding terrain that's necessitated longer, more aggressive geometry for the ever-increasing capabilities of aggressive riders, and that's exactly what Santa Cruz delivers with the new Bronson Carbon CC Mountain Bike Frame. Beyond the geometry tweaks, it also receives a lower-link driven shock, inspired by the latest gen Nomad, that's sure to keep this bike at the top of the trail heap and further solidify its aggressive, all-mountain status.

A quick glance at the geo chart on this third-gen Bronson reveals longer and slacker numbers that will help keep the bike more composed as it's put through its paces on rougher and steeper terrain. It's not enough to detract from its all-around versatility, so it's still a great option for riders that desire a plush, slack, long-travel bike that won't be a handful on days with big climbing, and you'll be glad you're on one when the trail points down. Santa Cruz lengthened the reach by approximately 15mm across the board for more confidence at higher speeds and better rider balance between the wheels, along with a centimeter lower standover height for a better fit with shorter riders and the ability to run longer dropper posts. The head tube angle kicks back from the previous generation's slack 66 degrees to an even slacker 65.4 degrees in its highest setting, complete with a flip-chip that slackens it out even further to a DH-friendly 65.1 degrees. These numbers mirror what you'd see on a freeride or mini-DH bike just a few years ago, translating to a ton of confidence while bombing technical descents littered with drops and nasty root and rocky sections.

The other significant change to the latest Bronson lies in its reconfigured VPP suspension platform. Instead of relying on its outgoing upper-link driven design, this third generation Bronson receives increased small bump compliance and glued-to-the-trail traction appreciated by this VPP configuration, driven by a lower-link mounted shock, also seen on the latest Nomad and V10. This lower-link design appears on the heavier-hitting, gravity-fueled sleds as the need for increased bump compliance, more support, and higher levels of traction are all key for speed and control for all-mountain, freeride, and downhill riding and racing. To better match the increased performance capabilities of this lower-link driven VPP, Santa Cruz spec'd a RockShox metric Super Deluxe shock complete with bearing at the rear eyelet for an even more supple feel that tracks to the ground noticeably better and resists heating up on those extended descents over thousands of vertical feet. Additionally, the metric length affords more internal bushing overlap for a more reliable shock that stiffens up the rear end.

The final major change worth a mention on the third-gen Bronson is its ability to clear plus tires up to 2.8 inches wide, thanks to increased clearance in the rear triangle and the Boost spacing. Build it up in this configuration if you're looking for the ultimate in traction and a smooth ride, or, flip the chip and spec modern 2.4-2.6in rubber and still get that grippy, plow over anything confidence without gaining weight or losing rolling efficiency when climbing or ripping around on buff, hard packed singletrack. Running traditional plus-sized tires at low pressures does offer appreciable levels of grip with the side effect of some added weight, as well as having a tendency to feel bouncy and squirmy under hard braking and cornering.

Finally, the carbon CC construction remains the hallmark of Santa Cruz's carbon frames and its kept intact with the latest Bronson. You'll still note its legendary strength and ride tuned stiffness that only comes from the experience and mastery of carbon layups and materials. This particular Bronson benefits from the Carbon CC layup, which builds up an unflappably stiff frame for sure tracking on demanding terrain and positive power transfer. It's backed by Santa Cruz's excellent lifetime warranty, so you won't hesitate to stay on the gas a little longer to nab that PR on your favorite stretch of trail or catch a little more air on that next lip.

The Bronson is an absolute beast. I immediately noticed how smooth it made bumpy descents. The bike ate up washboard and braking bumps like they weren't even there. This bike was designed for the down, so its no surprise that it feels a little sluggish on the up. That said, I did some big climbs on this bike and it seem to handle them well and not take to much out of me. I did find that the bike bops a little even with the rear shock locked out as you climb which means you are losing efficiency. But the reward at the top of a climb on this bike is well worth it as this bike is flat out FUN when it rolls down hill. The 27.5 wheels are playful and corner easily. The SRAM X01 drivetrain provides super fast smooth shifting. For sizing: I'm 6'2", 33" inseam and was happy to be riding a XL. 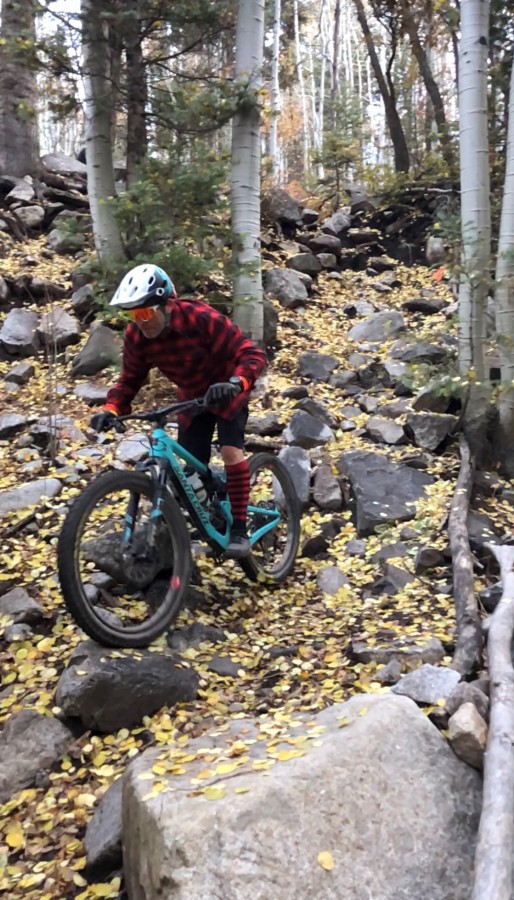 Santa Cruz has done it again

I have been a long time Santa Cruz fan, because they make the funnest bikes out there. The new Bronson has found a remarkable balance of pedaling effeciancy and traction while climbing, and being composed and predictable on descents. The new, lower link suspension design has increased small bump sensitivity and keeps the center of gravity super low, which helps when cornering. 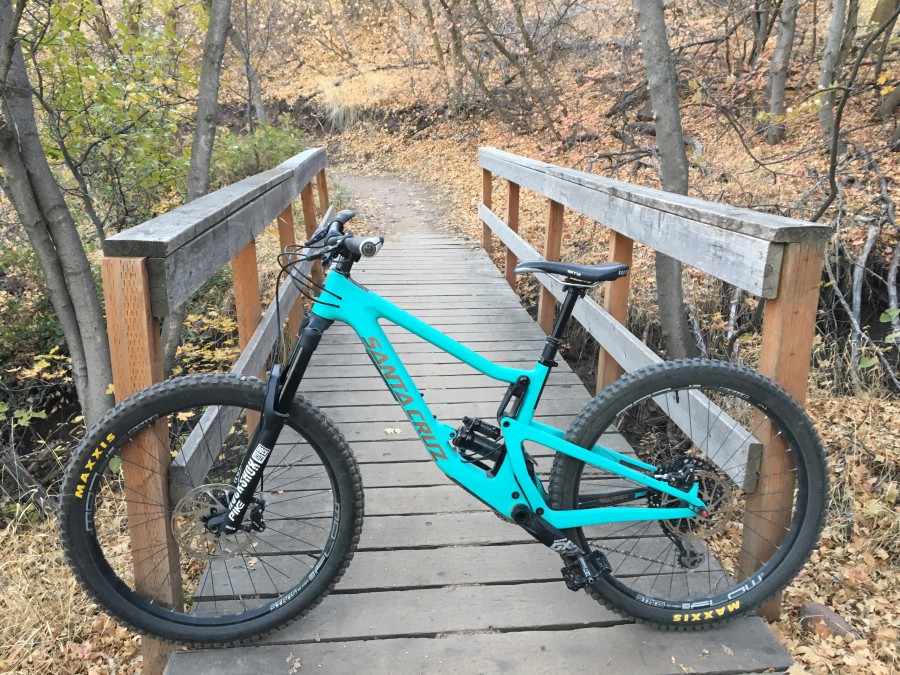 What should the steer tube be cut to on the XL Bronson? 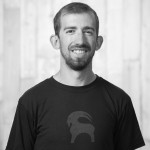 The max recommended steerer tube length on any bike is the stem, plus 35mm of spacers.