Warning: California Proposition 65
Be the first to review

Santa Cruz hasn't forgotten what made the original 5010 a smashing success with a large contingent of trail riders, building on its strengths and updating some things to make this third generation the best 5010 yet. With this iteration, Santa Cruz has pushed the 5010 Carbon CC 27.5 XO1 Eagle Complete Mountain Bike into slacker and longer realms for increased competency at higher speeds demanded by modern trail bikes, yet it retains the original bike's razor-sharp handling and pedaling efficiency that cemented it as a versatile rig for everything from all-day epics in the mountains to spirited trail rides winding across the local forest network.

Not only does the flip-chip allow you to ride in a more slacked-out position if you so choose, but it also gives you ample clearance to run wider tires up to 2.8 inches in width if you're seeking the massive traction and smoother ride quality of plus-sized rubber. If you'd like to run a higher volume tire than what's spec'd on this particular build, we'd recommend going with tires in the range of 2.5 to 2.6 inches. We feel these newly sized tires provide all the benefits of plus-size tiresâ€”namely monstrous traction and plow-anything confidence over loose rocks and rubbleâ€”all without the significantly heavier feel and tendency to squirm under hard cornering you'd experience with a larger 2.8-inch tire.

As you'd expect with the 5010, it retains the high degree of pedaling efficiency and bottom-out resistance of the previous version. This VPP configuration neatly tucks the lower link above the bottom bracket to prevent rock strikes and damage from flinging trail debris. The upper portion remains attached to the top tube with a stiffer box-section upper link. While others in the Santa Cruz line have moved to a lower-link mounted shock, the 5010 retains its upper link-mounted shock, seeing it's not as gravity-oriented as say the Bronson or Nomad. However, it's spec'd with a FOX DPX2 Float Performance Elite shock for a more supple feel with heightened traction while pedaling over bumpy trail sections, as well as greater resistance to heating up excessively on those long descents.

Why a trail Bike is the best to own

Check out this video to see why the trail bike is the best all around mountain bike to own and why if you can only choose one bike, it's got to be the trail bike. 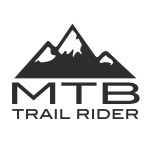