Santa Cruz hasn't forgotten what made the original 5010 a smashing success with a large contingent of trail riders, building on its strengths and updating some things to make this third generation the best 5010 yet. For the 2019 model year, Santa Cruz pushes the 5010 Carbon CC 27.5 XO1 Eagle Complete Mountain Bike into slacker and longer realms for increased competency at higher speeds demanded by modern trail bikes, yet it retains the original bike's razor-sharp handling and pedaling efficiency that cemented it as a versatile rig for everything from all-day epics in the mountains to spirited trail rides winding across the local forest network.

Not only does the flip-chip allow you to ride in a more slacked-out position if you so choose, but it also gives you ample clearance to run wider tires up to 2.8 inches in width if you're seeking the massive traction and smoother ride quality of plus-sized rubber. If you'd like to run a higher volume tire than what's spec'd on this particular build, we'd recommend going with tires in the range of 2.5 to 2.6 inches. We feel these newly sized tires provide all the benefits of plus-size tires—namely monstrous traction and plow-anything confidence over loose rocks and rubble—all without the significantly heavier feel and tendency to squirm under hard cornering you'd experience with a larger 2.8-inch tire.

As you'd expect with the 5010, it retains the high degree of pedaling efficiency and bottom-out resistance of the previous version. This VPP configuration neatly tucks the lower link above the bottom bracket to prevent rock strikes and damage from flinging trail debris. The upper portion remains attached to the top tube with a stiffer box-section upper link. While others in the Santa Cruz line have moved to a lower-link mounted shock, the 5010 retains its upper link-mounted shock, seeing it's not as gravity-oriented as say the Bronson or Nomad. However, it's spec'd with a FOX DPX2 Float Performance Elite shock for a more supple feel with heightened traction while pedaling over bumpy trail sections, as well as greater resistance to heating up excessively on those long descents.

I'd always wanted a Blur TRC back when Santa Cruz was still making them, but couldn't justify the purchase. Always concerned that it would be fun when the trail was smooth and bermy, just not able to handle the chunkier stuff. Fast forward and here we have the 2019 5010, with slightly larger wheels, a bit more reach, and some addition geo tweaks, but generally the same idea: an incredibly fun trail bike with dual slalom roots you can clearly feel. While there are situations where the 5010 gets overwhelmed, usually extended, brutally deep rock gardens, let's remember that this is a 130mm trail bike. With that noted, over the course of the past 6 months I've tried to throw this bike into situations where it shouldn't work. 99% of the time, it comes out the other side asking to ride it again and ride it faster. Unsurprisingly, you'll likely have most fun when the trail filled with jumps, bonus lines, side hits, and slappable berms. The 5010 generally prefers to hop over or float through rocky sections rather than plow through with your heels down. Pump and manual through single track and thanks to the solid mid-stroke support, you'll exit sometimes even faster than you'd like. Push into corners, nose into transitions, actively drive the bike and you'll quickly learn why its been compared to a big BMX bike. And yes, it can climb too. Build wise, the X01 Reserve model checks off almost all the boxes. The X01 Eagle drivetrain has been basically flawless thus far, having only needed to be cleaned a regular intervals, Guide RSC brakes are much more capable than they're given credit for and have only needed to be bled once. I was concerned that the Reserve 27 wheels would be a bit narrow at 27mm internal width, but when paired with 2.35" Maxxis Minions, the feel like the perfect wheel/tire combo for this bike. The Fox DPX2 rear shock was easy to set upand has provided stellar performance while climbing and descending. I did swap the 130mm Fox Float 34 for a 140mm 36. This fork change gave me slightly more travel up front, but also upgraded the damper from Fox's Fit4 to the newer and more adjustable Grip2. The upgrade certainly isn't necessary, but for those who want a stiffer chassis and extra adjustability, its definitely nice. Both high and low geometry settings have been ridden extensively. Honestly, its very difficult to say if either is better, but I've ended up sticking with the high setting. Not only do I love my 5010, but my girlfriend is on the aluminum version with plus tires and she's been extremely happy as well. It is clearly a bike that can be ridden on a variety of terrain, by a variety of skill levels. Now go do some skids and wheelies on the most fun bike out there. 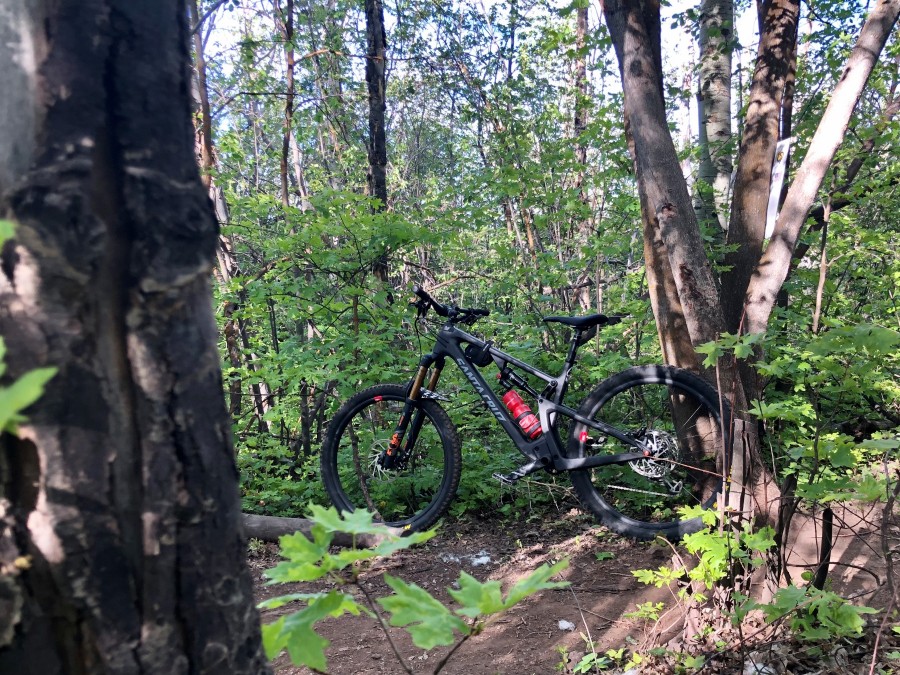 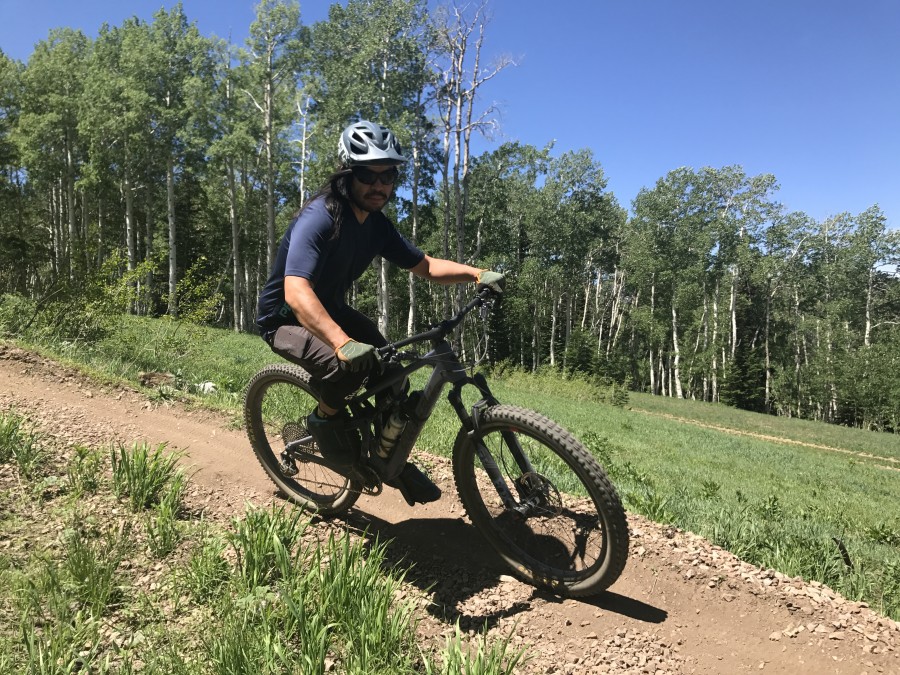 A near perfect bike except...

I love this bike. So much fun to ride in my local trails that range from very tight singletrack to more open freeride stuff. But man the Rockshox Reverb dropper brings it down at least one star if not more. It simply doesn't work as it should. And for a bike that approaches 7 large everything should work almost perfectly. I tried getting it replaced from CC but that didn't work which is strange because they replaced the one on my Bronson. Aside from that, it's a great "poppy playful" bike that holds its own on the climbs.