Five years have passed since Santa Cruz initially launched the 5010, which you might remember as being referred to as Solo at the time. The original 5010 drew its design lineage from the 26-inch Blur to impart an energetic feel when you stomped on the gas, flickable precision around tight corners, and superior climbing abilities to bikes packing more travel. Santa Cruz hasn't forgotten what made the original 5010 a smashing success with a large contingent of trail riders, building on its strengths and updating some things along the way to make this third generation the best 5010 yet. For the 2019 model year, Santa Cruz pushes the 5010 Carbon 27.5+ S Complete Mountain Bike into slacker and longer realms for increased competency at higher speeds demanded by modern trail bikes, yet it retains the original bike's agile handling and pedaling efficiency that cemented it as a highly versatile rig for all-day epics in the mountains and spirited rides winding across the local forest network.

The third generation 5010 is slacker than ever, dropping to a 66.5-degree head tube angle in its high setting and a more gravity-friendly 66.1-degree head tube angle in the lowest setting. The addition of a flip-chip makes this all possible, meaning you'll have the ability to adapt the bike's geometry for different terrain and riding styles, whether you're seeking a bit more balanced feel with greater efficiency and climbing competency or you'd like it to flat out rip on steep descents with imposing rocks and roots threatening to derail your balance.

Not only does the flip-chip allow you to ride in a more slacked-out position if you so choose, but it also gives you ample clearance to run wider tires up to 2.8 inches in width. Santa Cruz outfits this particular 5010 with their "new" plus-sized 2.6-inch tires, which deliver all the traction and bump-smoothing benefits of a traditional 2.8-inch tire, but without feeling overly vague or excessively heavy. This 2.6-inch tire really gives you confidence to monster truck your way across the rockiest stretches of trail, but without worrying about the tire squirming under hard breaking and cornering like a larger 2.8-inch tire.

As you'd expect with the 5010, it retains the high degree of pedaling efficiency and bottom-out resistance of the previous version. This VPP configuration neatly tucks the lower link above the bottom bracket to prevent rock strikes and damage from flinging trail debris. The upper portion remains attached to the top tube with a stiffer box-section upper link. While others in the Santa Cruz line have moved to a lower-link mounted shock, the 5010 retains its upper link-mounted shock, seeing it's not as gravity-oriented as the Bronson or Nomad. However, it's spec'd with a FOX DPX2 Float Performance shock for a more supple feel with heightened traction while pedaling over bumpy trail sections, as well as greater resistance to heating up excessively on those long descents.

Luckily one thing that hasn't changed is Santa Cruz's carbon, which is a good thing if you enjoy the exceptional stiffness and high degree of strength imparted by Santa Cruz's Carbon C lay-up. You'll find the added stiffness over alloy translates to holding your line better across chunky terrain and swifter acceleration the minute you stomp on the gas. In case you're wondering, the Carbon C layup is exceptionally strong, as backed by Santa Cruz's lifetime warranty for added peace of mind on those technical trails. Additionally, you'll find it's lighter than alloy frames for energy conservation over long mileage.

I am fairly new the world of mountain biking on a full-suspension, and this bike is quite the treat. I ride single-track w/ some small drops and jumps and I felt so secure on this bike! The option to lock out the rear suspension makes climbing so much easier. The addition of the drop-seat option is awesome for the descent and now I wonder how I did without it before! It's also a plus that the bike looks great. Look good feel good, I guess! Anyone who is on the fence, I'd say give this a go!

Been riding this bike for a week, every day, since it arrived, skatepark, XC, single track and its incredible!!! Very fun, agile and easy to pop. Purple Color: I was hesitant about the purple color but turns out its amazing in person!!! 2.6 Tires: Im so glad I went with the 2.6s, they perform incredibly well over loose dirt and small pebble like rock, they increased my speed over sections I hated cause I kept falling off before, not anymore. The gear heads were awesome, very knowledgeable, specially with sizing and very dedicated to customer service. Totally love this bike and the whole buying experience. (I got a bag with an assembly/quality control checklist, reflector stickers, an extra derailleur hanger, a small tube of carbon paste, small frame protector stickers, sealant, SC manual, CD, wire ties, pedal washers) Icing on the cake!!! 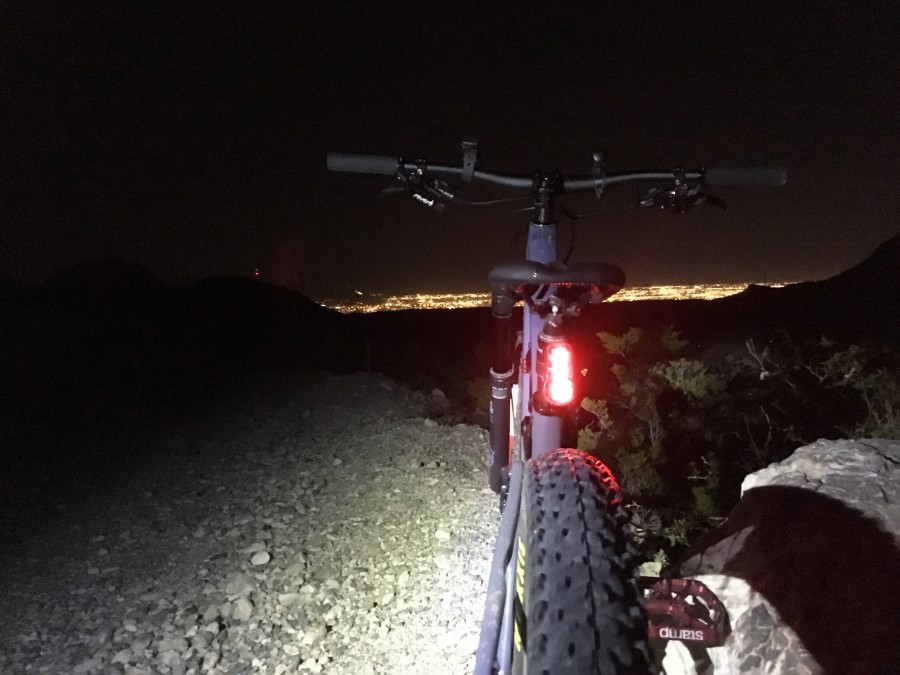