Hooting and hollering is optional.

Seeing the newest version of the Santa Cruz 5010 27.5+ S Complete Mountain Bike is more capable than ever with its longer, slacker geometry that begs you to ride faster than you ever thought possible and voluminous tires for plow-anything confidence, you'd be crazy to not let out a little of your inner-animal with a few screams of pure ecstasy as you dive into rock gardens, rip around berms, and open it up at higher speeds. Santa Cruz realized that a large contingent of 5010 fans liked the bike for its poppy and playful nature, so they retained the bike's low bottom bracket and short chainstays that made the original fun to carve around corners and rip around undulating flow trails.

Santa Cruz now offers the 5010 in their "new" plus-sized 2.6-inch tires, which deliver all the traction and bump-smoothing benefits of traditional 2.8-inch plus tires, but without being overly vague in handling, prone to burping while cornering hard, and way too heavy for pedaling long distances on the trail. This higher volume 2.6-inch tire size really gives you the confidence to monster truck your way across the rockiest stretches of trail without worrying about the tire squirming while cornering and braking hard, which is something that's posed a problem for larger 2.8 and 3.0-inch tires in the past.

As you'd expect with the 5010, it retains the high degree of pedaling efficiency and bottom-out resistance of the previous version. This VPP configuration neatly tucks the lower link above the bottom bracket to prevent rock strikes and damage from flinging trail debris. The upper portion remains attached to the top tube with a stiffer box-section upper link. While others in the Santa Cruz line have moved to a lower-link mounted shock, the 5010 retains its upper link-mounted shock, seeing it's not as gravity-oriented as say the Bronson or Nomad. However, it's spec'd with a FOX DPX2 Float Performance shock for a more supple feel with heightened traction while pedaling over bumpy trail sections, as well as greater resistance to heating up excessively on those long descents.

We'd be dropping the ball if we forgot to mention the exceptional quality of the 5010's alloy frame on this particular model. Although it's not as stiff as carbon, Santa Cruz does an excellent job in maintaining structural stiffness and strength with their alloy frames, especially seeing all their bikes use alloy for the test mules in the research and design process, before they're sent to the carbon factory for the more expensive Carbon C and CC versions. The biggest benefit to riding an alloy frame is the significant cost savings compared to carbon, which translates to more people riding on bikes they absolutely love, which is something we can all get behind here at Competitive Cyclist.

Everything was ok, chat with a representative finding for choices, ofer discount, the are a build time after make the purchase but was quick2 days and then 2 day delivery. Excellent services I will buy again with this store, tha bike is amazing 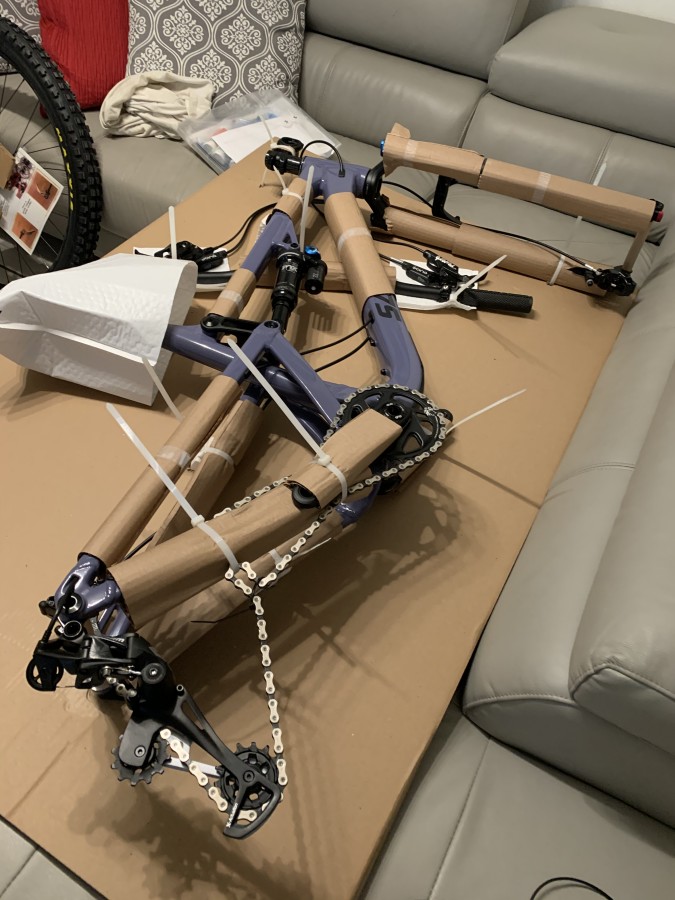