Capable. It's a word we hear a lot of in the mountain bike world. We argue about just how capable of a climber you bike is. And how readily it attacks the descents. Longer, slacker geometry has played favors to capability when pointed downhill, and the newest version of the Santa Cruz 5010 27.5+ R Complete Mountain Bike most certainly brings slacked out geometry to the table. But powering up hill is a must, too, and thankfully Santa Cruz's own engineers take that seriously as well, with steep seat tube angles and snappy short chainstays for putting the power down and hammering up the steeps. This fine balance walks the line between enduro-ready sled that's ready for berm-blasting good times, and lively, playful pedal machine that's poppy and responsive, making the 5010's third generation our favorite yet, packed with capabilities that will have you questioning the bottomless feel of the 130mm of VPP suspension.

Santa Cruz now offers the 5010 in their "new" plus-sized 2.6-inch tires, which deliver all the traction and bump-smoothing benefits of traditional 2.8-inch plus tires, but without being overly vague in handling, prone to burping while cornering hard, and way too heavy for pedaling long distances on the trail. This higher volume 2.6-inch tire size really gives you the confidence to monster truck your way across the rockiest stretches of trail without worrying about the tire squirming while cornering and braking hard, which is something that's posed a problem for larger 2.8 and 3.0-inch tires in the past.

As you'd expect with the 5010, it retains the high degree of pedaling efficiency and bottom-out resistance of the previous version. This VPP configuration neatly tucks the lower link above the bottom bracket to prevent rock strikes and damage from flinging trail debris. The upper portion remains attached to the top tube with a stiffer box-section upper link. While others in the Santa Cruz line have moved to a lower-link mounted shock, the 5010 retains its upper link-mounted shock, seeing it's not as gravity-oriented as say the Bronson or Nomad. However, it's spec'd with a FOX Float Performance shock for a more supple feel with heightened traction while pedaling over bumpy trail sections, as well as greater resistance to heating up excessively on those long descents.

We'd be dropping the ball if we forgot to mention the exceptional quality of the 5010's alloy frame on this particular model. Although it's not as stiff as carbon, Santa Cruz does an excellent job in maintaining structural stiffness and strength with their alloy frames, especially seeing all their bikes use alloy for the test mules in the research and design process, before they're sent to the carbon factory for the more expensive Carbon C and CC versions. The biggest benefit to riding an alloy frame is the significant cost savings compared to carbon, which translates to more people riding on bikes they absolutely love, which is something we can all get behind here at Competitive Cyclist.

Great for trails and downhill. I flew down some technical rocky stuff with ease. Little more capable than just trail. 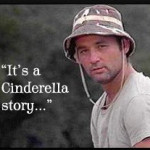 I recently replaced my old Santa Cruz Heckler with a new Santa Cruz 5010 R+ and I'm stoked! My Heckler handled very well and was bulletproof but this 5010 is a big improvement. I've ridden it on singletrack, gravel roads and also on the street and it makes me smile every time. It's a bit heavier than the Heckler but it doesn't seem to affect the climbing ability much. I love the component package, especially the dropper seatpost and the 2.6" fat tires. I got it in the new Dark Grey/Light Grey colors and it's actually kind of an olive drab color which I really like, looks kind of badass. I test rode one before buying and I was sold, you should be able to find a dealer who will rent one to you for a test ride and if you're near the town of Santa Cruz you can rent from the Santa Cruz Bikes factory. Great bike!