These are the best winter hiking boots I have used and I have tried out a lot of different brands. Insulation is not too bulky and keeps feet warm and not sweaty. Waterproofing has been spot on with no issues. Grip is really good for packed and fresh snow and in the mud. Has a high ankle support that is comfortable but not too rigid, so won’t protect sensitive ankles completely. Sizing is a little narrow in toe box. Buy a half size up if you have wide feet or wear thick socks. These have the same feel of the x ultra 3, just with a higher coverage and a little heavier. Amazing winter hiking boots

I love these boots! I bought them for the winter and the heavy snow that I knew I would have to face. They have performed better than I could have imagined! They fit and feel great. Go treat yourself to a new pair of boots. You will not regret these.

These boots quickly became my daily boot to wear to the mountain and out in the snow. They do have a narrow fit so for those with wider feet I would look elsewhere. The leather keeps your feet nice and warm and dry.

I loved the earlier version of these boots. They were warm, light in weight, great for hiking in cold, snowy weather. And wide. This new version is much narrower and I had to return them.

I took a gamble with these boots. I live in northeastern Minnesota where it's very cold and it snows a lot. I actually bought these boots for my job. As a law enforcement officer I need boots that have good traction on hard-packed snow and sometimes ice. I've purchased winter boots before and have fell numerous times doing the simplest of tasks. I've never wore these boots before and getting them was a shot in the dark. I own two other pairs of Salomon boots and have traction issues on snow and ice with the 4D chassis. Now, don't go out on an ice rink and say they have bad traction. That's unrealistic. If you're worried about the height of the boot and snow, they make gaiters which were designed to assist in keeping the snow out. These Boots are much different. They have great traction on the most slippery terrain. They are warm too. It was -26 degrees and I had no issue being outside. I am also comfortable wearing these while driving and indoors. Sizing...if you've never had Salomon footwear, go try on some boots. These boots are sized the same as my Quest 4D boots. I'd definitely recommend these boots to those who need good traction and warmth. I'd feel confident running after a bad guy in them with a temp of -40 degrees on a slippery sidewalk. I'd buy these again in a heartbeat. 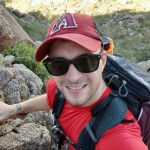 What is the length of the laces for these?