When we think of Belgium, we envision cobble classics contested in terrible weather where only the toughest cyclists, harden by training for countless hours in brutal conditions, stand a chance of stepping on the podium at the end of the day. Team Lotto-Soudal and its bike sponsor Ridley both hail from the region and know better than most what it takes to do well in these races. As a rider, you need incredible fitness and equipment that's light enough to get over the sharp, steep climbs that define the region, stiff enough to contest a field sprint, and durable enough to survive the beatings it'll receive every weekend. So for the most demanding races, they place their trust in the Fenix SL Disc Limited Edition Frameset and now, so can you. You'll get a frameset with stiff unidirectional carbon layup to transfer maximum power and soak up vibrations over rural chip seal county roads, while its endurance-race-ready geometry stays sharp on the group rides and is comfortable on all-day jaunts. Oh yeah, that limited edition paint, its drop dead gorgeous.

While this Fenix is more than capable in Flandrian sprint finishes and animated road race tactics, its combination of powerful disc brakes and artful layup of vibration devouring unidirectional carbon fibers expand its capabilities beyond buttery smooth pavement into roads (and paths) less traveled. In comparison to the super-stiff featherweight frames in Ridley's line that use up to 60-ton moduli, the Fenix SL utilizes a blend of 30-ton and 24-ton carbon to strike a balance between road-smoothing compliance, rigid efficiency, and race-worthy weight. Poorly graded gravel, cobbles, and other road hazards that would otherwise feel like jarring punches on a 60-ton carbon take on all the disagreeability of crosswalk paint, though the stiff, tapered head tube does provide responsive steering to dodge unrideable obstacles and skillfully dissects a winding canyon road.

Compared to the original Fenix, the Fenix Disc also has a slightly bigger wheelbase, measuring 2mm longer for a size medium. While this difference is more pronounced in the smaller sizes, even the bigger frames benefit from a more stable footing over packed gravel and tamer dirt roads. The adventure-minded cyclist will also appreciate the Disc model's increased tire clearance, allowing for bigger tires and maximum plushness and reliability on everything from epic rides over baking summer asphalt to winter base miles over slushy roads.

Bang for your Buck

I recently spent a couple of weeks riding the Fenix SL disc with Ultegra Di2 groupset and must say I was really impressed. Here in Salt Lake we have a variety of terrain to ride and the Fenix Sl performed really well across the board. My first time out I put 5K of climbing in which for me is a stretch but the Fenix had no problem going uphill even if I did. The R8070 brakes are up to the task and give you plenty of confidence on high speed descents. Overall great ride at a far more appealing price point than some of its Italian rivals. 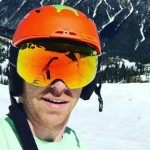 What year is this frame?

Hi Kevin! This frameset is technically a 2018, but it's a Competitive Cyclist-Exclusive colorway. Feel free to reach out to me directly at jdraper@backcountry.com if you have any more questions!