Stiffest wheels in the side-country.

Ever since their debut, 29-inch wheels seemed to resonate with XC riders around the world. Their fast rolling tendencies and ability to cover more miles with less effort left those who want to tackle as much singletrack as possible feeling quite satiated. There were, of course, some learning curves, such as working through their wandering tendencies on climbs, and the wet-noodle feel that sometimes came through on early 29ers. Adding a rake to forks addressed the first problem, while the Reynolds 29 XC 259 Blacklabel Boost Wheelset solves the second. The XC 259 Blacklabel combines boost spacing with asymmetrical carbon rims, which means in no vague terms, stiffness. Lacing it all together you'll find a stronger hub to rim tension to keep you locked onto the trail, tracking through the roughest terrain with ease, and hammering fast through the miles.

Reynolds' Blacklabel branding designates that these wheels come from the top of the line construction. They feature the Reynolds' Mountain Rim 5 layup, or MR5 for short, which compiles five different carbon matrices applied to five different parts of the wheel. The layup takes advantage of different material properties in order to balance stiffness, weight, durability, and just the right touch of engineered flex. While it's without a doubt a complicated process, it speaks miles to Reynolds' insistence on outdoing the less-expensive open-mold models that might have you stranded on the side of the mountain after a wayward rock catches your rim off-guard.

The rim width lands the 259 Blacklabel Boost Wheelset in a sweet spot, 25mm internals, with 30mm externals, so you can ride standard 2.25's with comfort, but plush it up with a 2.5-inch tire when things are dusty and slick — or you're just feeling like getting a little extra-squishy on the bike. Combining the girthy tires with wider rims allows you to run lower PSI thanks to higher air volume, landing you with increased traction when that berm you thought was solid turns out to be nothing but dust. These traits are especially appreciated on the new breed of high-clearance hardtail 29ers that give us the confidence to push further outside of the XC boundaries.

Boost hubs have also become a staple around the Competitive office and the industry as a whole because of their increased responsiveness. It's something of an old story by now, but it's worth rehashing: by setting the flanges wider Reynolds (or more accurately, Industry Nine) improves the spoke bracing angle, which stiffens the wheels laterally and torsionally (translating brake and pedal input from hub to rim to trail) without stiffening them radially (not translating every bump and lump straight up the seatpost). Just one more reason for hardtail enthusiasts to drop the hammer on the way up and drop into the big line on the way down. As implied above, the hubs are manufactured by Industry Nine, and are basically just rebranded versions of the Torch model. I9 machines all of its bits and widgets in Asheville, NC, with the only non-US component being the ABEC 5 grade Japanese bearings. And the Torch freehub is the real star, anyway, because it uses two sets of three offset pawls in order to reduce the hub's engagement angle to three degrees. The Torch hubs effectively replace DT Swiss' 240s, and—if it were any other make and model—we'd call it a downgrade. But I9's Torch promises to become the new standard, so we're perfectly content with the change.
Learn more

I did not anticipate how impressed I would be with these wheels. In December of '17 I built a new Pivot LeSS around this wheelset, with much anticipation. I have a few other sets of Reynolds wheels, and they are great, but these wheels are next-level great. I'm not a little guy at almost 200 lbs, and I was more than a little worried that these wheels would be noodles under my weight, on a single speed. I could not have been more wrong. Stiff, compliant, and feathery light, these wheels are the secret sauce in my opinion. At 25mm internal, my 2.4 tires are the perfect width for the rides/races I do most. The I9 Torch hubs are stellar, if a little loud, but the fast engagement has been a great feature for a one speed guy like myself. As a bonus, my set came in a little under the advertised weight!

Bottom line: if you XC/trail ride most of the time, you could not find a better wheelset, regardless of price! 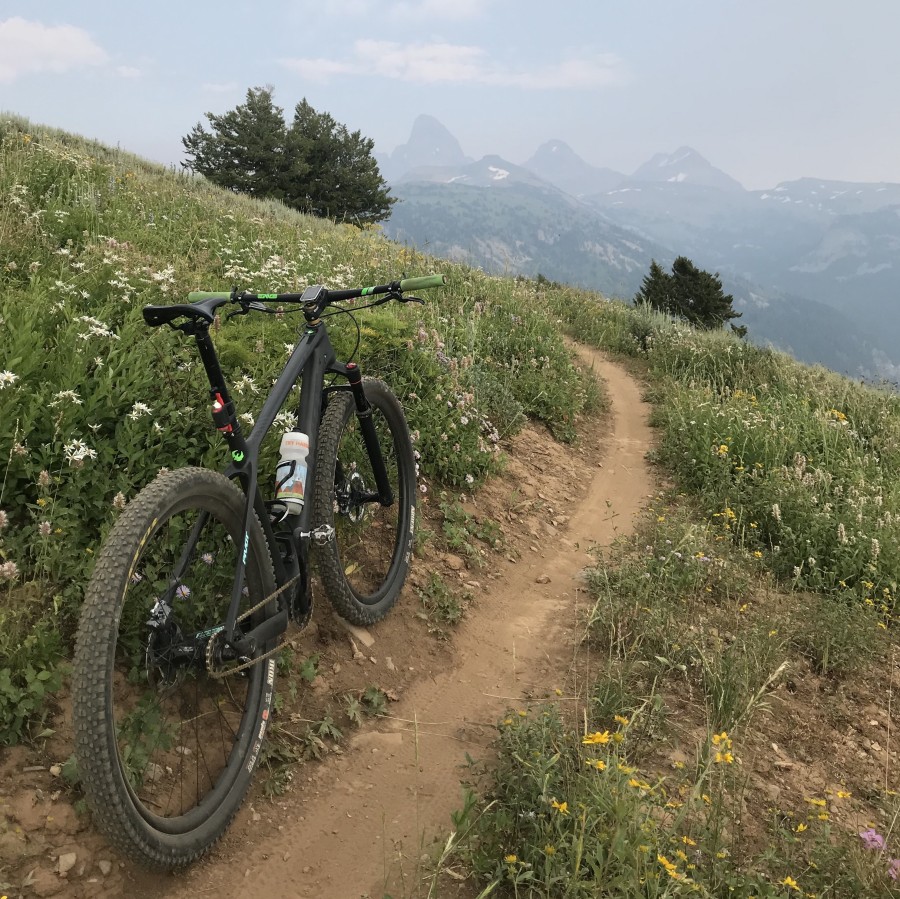