MT Baker, The Cascades, anywhere theres trees and or wilderness.

Nothing makes me feel as free as snowboarding, but I am a also a avid hiker and camper, and have recently started climbing again after 8 years which is a total blast.

Does anyone know if they fixed the issue with unfixable wrinkling?
I have two pairs of these. one from maybe 3 years old, I love them, they fit great and are insanely durable, outlasted two pairs of kuhl ryders for climbing.
That said, I have a second pair, same size, different color, they are about a year newer, they got super wrinkles after the first wash. I didn't leave them in the washer or dryer or anything like that, they just came out of the wash with huge creases. I tried ironing them out to no avail. Reading the review on here, looks like I am not the only one. So I was wondering if the newer versions have this same issue?
M 5' 11" 170 lbs athletic build, size purchased 32X32.

Hi there, I am interested in purchasing one of the POC VPD 2.0 packs, and was looking at both the 15l and 16l, they look drastically different in size in the pictures, oddly enough with the 15 being much larger. I am wondering if there is actually any difference to them other then size? I want a relatively minimalistic size bag, which the picture of the 16 seems to display, however, logically the 15 should be smaller. Thanks in advance for any insight! 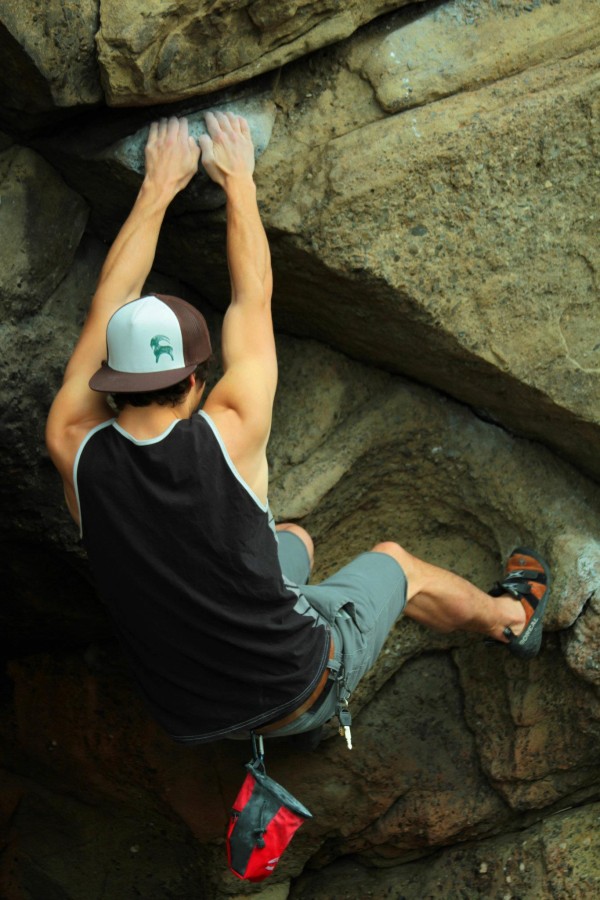 Favorite hat hands down, also cheapest hat I've ever purchased. It fits well, it looks great, its not over-bearing or too flashy. Just a great hat!

I was pretty stoked about these shoes. They looked quite well made, and for some reason I assumed they would be hyper durable. They are super comfortable as I had guessed due to the Swedish massage tech in the foot bed, and dont give too much support which I like as somewhat of bare-foot enthusiast. The downside is that they are not so durable, the stitching along the right side of the left shoe started to rip out. This is a bummer because other than this issue, I would give them an excellent rating for the price. I still havent decided if I'm going to return them, because I really do like them, and I really just want a pair that isn't ripping.

As far as the nitty gritty is concerned I wear a size 12 in most shoes as is true for these. I have slightly wider feet than average and after a few days these broke in to fit nicely.

Anyone have any feedback as to the comfort...

Anyone have any feedback as to the comfort and quality if these shoes? Also what kind of arch support provided? I tend to avoid arch support as much as possible (wear vibrams and such) Thanks in advance!

miguel thomaswrote a review of Stoic Hadron Down Vest - Men's on December 12, 2011

This vest would very easily earn five stars in my book, however, there are no pockets for my hands, this is understandable considering its weight, however, I want me some hand pockets and would gladly have the vest weigh 2 oz more... cant attest to durability yet, as I've only had it a week or two, but I will update this review. Im 5'11" about 160-170lb and the medium fits great with room for a light hoody underneath.

These are pretty sweet! I think they sound as good as the Bose on ear headphones. Nice deep base, and pretty good with other types of music as well, classical, alt rock etc. They are relatively comfortable, but after 3 hours they start to make my ears sore. The quality on these seem to be good as well, no problem with the head band so far. Best part, awesome return policy which you cant get anywhere else... never again will I buy Bose.

Alright, so after about 2 months of mild use, the right headphone has developed an incredibly annoying rattling noise, both from walking or moving around, as well as from when there is more significant base in a song. I have taken very good care of them, always stored in the padded case, never wrapping the headphone cord around them etc. I really liked the sound quality prior to this, and I am very disappointed to have to send them back. 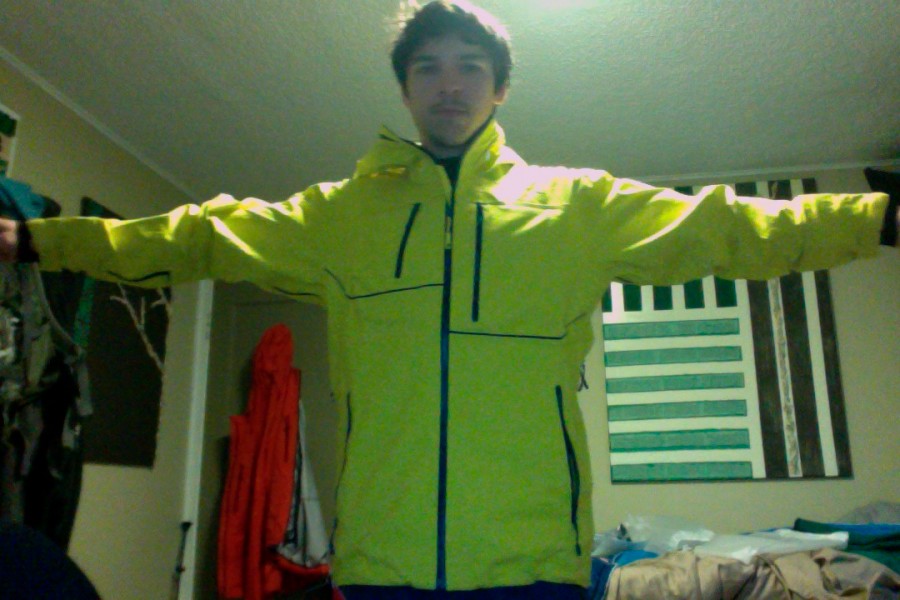 This jacket seems to be the same awesome jacket that Stoic has been making for the last several seasons. I can attest to the same solid construction, since I have owned the last 3 seasons of this jacket, until now, the sizing has been my only issue, but it seems they have it locked down now, which is great. Im 5'11" about 165-170 and the medium fits me on the baggier side, however im ok with that. This jacket also integrates well with the bibs, (also a medium [less baggy however]). Only two issues that keep this from a five star rating, that is, the cuffs could be a little bigger, my gloves wont fit underneath, granted I do have swany's with a pretty big wrist, but itd be nice to have the option, also the powder skirt is still only two clips, where at least the option of 4 would be better, this wont be an issue for me anymore however because of the bibs, but pre-bib, it drove me nuts.

Slight modification to the above. After a full season of using this jacket its held up nicely, however I have a few complaints.
1) the Velcro wrist tighteners are garbage, one ripped completely off (this has happened to 2 of my friends as well)
2) the wrists themselves are just too tight, I am unable to get my gloves inside (minor issue, but annoying non the less)
3) the overall quality of the bombshell line seems to be deteriorating, just not as durable or as well designed, in my opinion 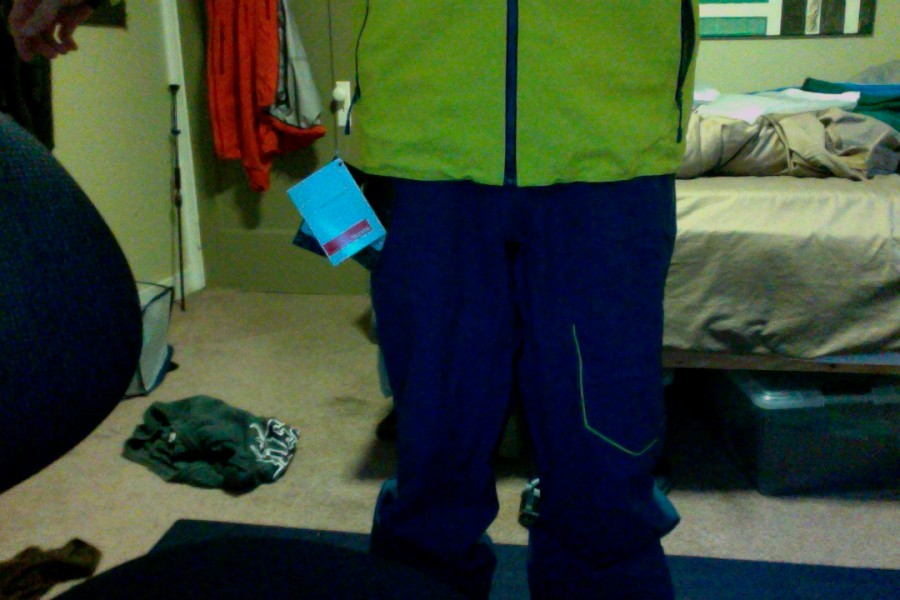 So this is my completely un-field tested first impression. Pretty sweet. I had these last year, however they were a full size to big for me, so that somewhat dampened my enthusiasm for these bibs, however this year in the correct size, I like them a lot. Ok down to the nitty gritty. Construction looks and feels about the same to last years, sorta like a cross between gore, eVent and a shell. Possibly slightly more crinkly and more rugged feeling than last year, but that could easily be my imagination. The Mediums fit me well, I'm about 5'11" 165-170lbs. My one complaint overall, is that there is very little room for adjustment of the bib straps, and for the life of me, I cannot figure out why, but they put them on what I would consider backwards...meaning, the Velcro folds underneath, so you cant just grab it and re-strap it, you have to reach underneath and mess around with it. Other than that minor issue, these things should be the only snow pants I need for a very long time!

Ill update this once we get enough snow to ride out here in NW-WA.

Can anyone tell me the difference between...

Can anyone tell me the difference between these and the "Beats by Dre Beats Solo ControlTalk Headphones" on here for $116, they look the same, but I'm curious why they are so much cheaper? last years model perhaps?

Hey guys, long time stoic fan here, I have in the past owned several of the bombshell jackets, and I know that the sizing has been revamped a few times. Im curious as to how the fit is this year? I have the medium from the past two seasons, the two seasons ago medium is too small and last years is too large, so if someone knows how the sizing is this year, that would be awesome!

These are my go to favorite casual shirt. Very impressed with the quality and comfort for a Billabong product. As far as fit, these are awesome, I'm one of those in between large and medium people, Large in height, Medium in waist, which these seem to cater to, Im around 5'11" with a longish torso, I weigh around 165-170, athletically built. These fit athletically, but not, "giant body builder in a small shirt" tight. To those wondering about the depth of the V and whether they can pull it off, this shirt has a very shallow V, just enough to make it extra comfortable.

I've been drooling over this for awhile...

I've been drooling over this for awhile now, but I'm hesitant, since its both outrageously expensive for a casual jacket, and unreviewed. Anyone have a similar jacket, or older model, that can attest to its fantastic attributes?

miguel thomaswrote a question about Stoic Hadron Down Anorak - Men's on September 20, 2011

Anyone know if the "vintage" color, is the...

Anyone know if the "vintage" color, is the same as the zipper on the vest? AKA purple? Thanks!

I was really excited for this one, I've been wanting another merino piece for a long time, I love all my current ones, however this one lacks an essential quality, which is a waistline that stays at your waist. its super comfy and warm and never gets stinky and all the other great merino qualities, but its too short in the torso, and has vertually no elasticity to keep it in place... still havent decided if ill be able to make it work, I wanna give it a fair shot, but it might be going back.

Edit: So after giving this guy a fair shot, I ended up deciding to send it back, I just need my shirts/hoodies to go past my waist. Nothing wrong with the material, or construction, just a funky fit, by all means this would be awesome if you have a short torso.

I was originally skeptical about buying clothing from Billabong, as the quality is usually not great, particularly for a $20-25 shirt. But these are pretty great, they come comfy like the 8 year old tee-shirt you just wont throw away even though its more hole than shirt. Also, and this is a big one for me, I have a long torso, but wear a medium in width and everything else, and am constantly battling to find a shirt that fits and is long enough. These shirts are both! and comfortable to boot. I highly recommend them!

Would be 5 stars, but after 5 hours of wear, it starts to get a little stretched out, and you have to be slightly careful about washing and drying.

Hey guys, I'm a big fan of the material that Kuhl uses and the styling looks excellent, however the last pair of pants a bought from them also had the snap button at the waist (ridiculous in my opinion on a rugged pant) anyway, I used them for working outdoors and every time I would bend over the button would pop, not convenient when wearing gloves. Any chance they improved the design at all over the last year or two? or are they still popping open when you bend over?

Thanks for the input in advance!

P.S. Im relatively fit and have no beer belly to speak of, so that's not my issue.

This may be a silly question, but I'm just...

This may be a silly question, but I'm just curious if someone can explain why sometimes materials such as eVent and Goretex are sometimes rated as 25-30k Waterproof rather than guaranteed as usual?