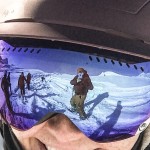 this binding is the real deal.

my wife and I decided to get into touring this season but didn't want to sacrifice our (mostly) lift served setup or secondary touring setup.....we read about the shift last season, waited to snag a pair right away this year.....and they have not disappointed. i am a not small at 5'10, 210 lbs, but not huge either. we ski mostly steep trees in the northeast and i tend to jump off anything i can find. i have about 16 days on the shifts (mounted on 99 wailers) and they ski just as well as the markers that were mounted on them last season. they haven't released once when i didn't want/need them to, and they've definitely released few times. we have used them on about 8 days on the uphill as well, and although i have no prior basis to judge against for either a tech or frame binding, we've found these to do everything we've needed. at first they can be a little finicky switching over from uphill/ski, but after doing it a few times it becomes easy and pretty quick.

all in all we've been blown away, and as long as you have a AT boot you can ski everyday in/out of the resort this binding is the way to go. its probably a matter of time before we get another pair to put on our powder skis.