Tincastlewrote a review of Giro Revel MIPS Helmet on June 14, 2017

Awesome helmet for the price

Familiarity: I gave it as a gift but have feedback to share

Its difficult to find a good helmet with MIPS at this price point. Purchased for my son and he loves it.

Great shirt for year round

This shirt is awesome, love the material.

Only complaint is it runs way big. I normally wear medium in most brands. I had to order a small and its still on the slightly large side.

This shirt fits perfect. Great for hot weather. Purchased a second in a different color because I liked it so much.

Great shirt, I'm always ordering two sizes with Flylow, their sizing is usually all over the place. I wear a medium in their clothing, but a small in their jackets. But I love everything they make and will always purchase from them. I get compliments on everything I wear from them.

This shirt is awesome and stylish, Ive had many compliments on it already. Super soft and comfortable.

It does seem to run large. I usually wear a medium in Arc'Teryx, but had to exchange this for a small. 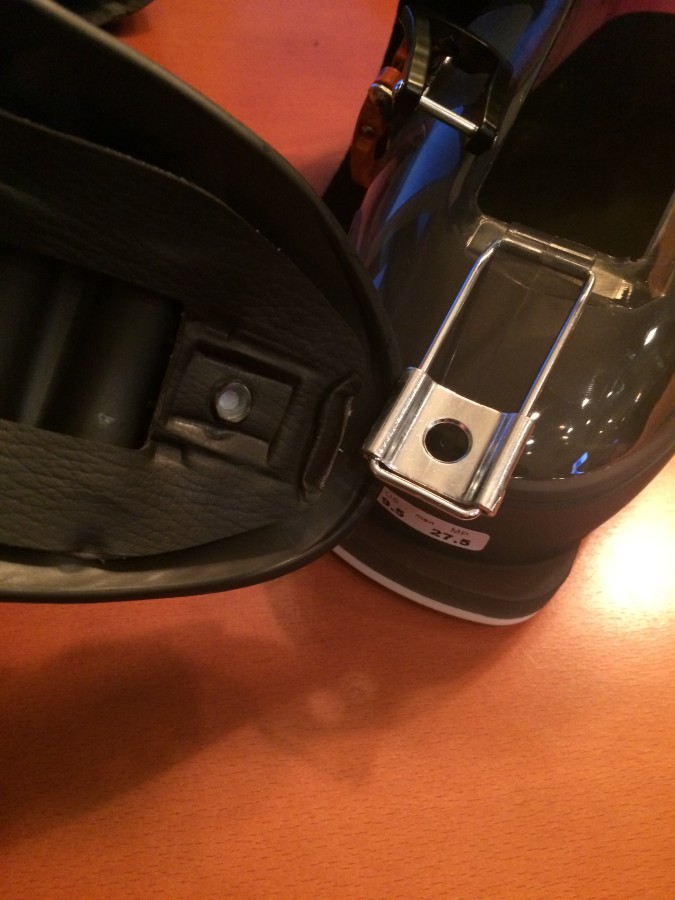 So, I've been a HUGE fan of Full Tilt boots for years. I've had a couple of pairs of the First Chair. They always ran narrow for me as I have a wide foot. I'd get them punched a few times to make them work because I love the flex and ease of the shell. Never one complaint.

This year they came out with the Descendant 8 with the wider shell and I jumped at it.

I've owned these boots for about 36 hours at this point and have run into problems:

There are screws missing from the front of the toe piece on each boot, had to go to the hardware store to find replacement screws to help prevent the toe piece from falling off or peeling back.

Second, the tongue is now attached with a rivet. This is probably the worst thing about the new boot. The older tongues had what amounted to a T-Bolt that was heat pressed into it. I'm sure I'm wrong in the explanation, but the tongue on my new boot has already broken off. I'm glad it happened now instead of on a ski trip. It appears that when the rivet was struck into the clip, it wasn’t straight and didn’t set right. For that matter, both tongues are going to be the weak spot of these boots because they are barely held onto the clip that attaches to the shell.

I have yet to call or send in the shell since it happened after Full Tilt's customer service hours, just wanted to give people a heads up as this shell is already a lower quality from previous products released by Full Tilt.

I sincerely hope this can get fixed with a better solution as I am I diehard fan of Full Tilt.

I will update and revise as the shell repair process takes place.

Full Tilt was a little difficult arranging the return. Backcountry was awesome in helping get the return sorted out. Waiting on info so that I can return it to Full Tilt for repair.

4/6/2016 – End of season update.
November I received an email to send in the shell instead of them just sending me a new tongue for the old one. Full Tilt wanted to see the whole shell, but he process was going to take up to 6 WEEKS according to them. With the season opening in 2 weeks, I went to the hardware store and purchased a T-Bolt and fixed it myself.
As for the performance of the boot, I was very disappointed. I’ve owned several brands of boots growing up and the Descendant 8 has the most heel play of any boot I’ve ever worn, even when cranked all the way down. In fact, I’ve never experienced it until I wore these boots. Also, the boots killed the top of my feet even after remolding the liners twice at two different shops. I think its how the middle strap is connected to the exterior of the shell at the pivot point instead of at a rigid point a little higher up the shell, so as the boot flexes, the cable has more movement than it normally would. I finally gave up on them in January 2016 and finished the season with my old First Chair boots.

I wanted so desperately for these boots to work due to the wider last and for my previous great experiences with Full Tilt boots. The price point off this boot does not reflect the final product, very disappointed. These boots are cheaply made, poor construction and poor design.

Tincastlewrote a review of Arc'teryx Spotter Pant - Men's on April 1, 2013

Why did Arc'teryx fix what wasnt broke?!

The old Spotter pant were my favorite for camping, hiking, bumming around in the winter. A solid, overall good pair of pants.

This year's Spotter pants are not the same. The material has been changed to a lighter cotton/spandex blend. The cut and sewing that made previous years spotter pants so great is now gone as is the micro fleece lined waist band.

As a loyal Arc'teryx customer, I am very disapointed in the changes to this pant. Wish I would bought a few more of last years when I had the chance.