I've bought 3 pairs of these socks and would get a fourth if they came in more colours. They stay up without issue and the fabric is fantastic. The compression is about perfect, and unlike some other socks I own, they're easy to pull over my enormous feet. 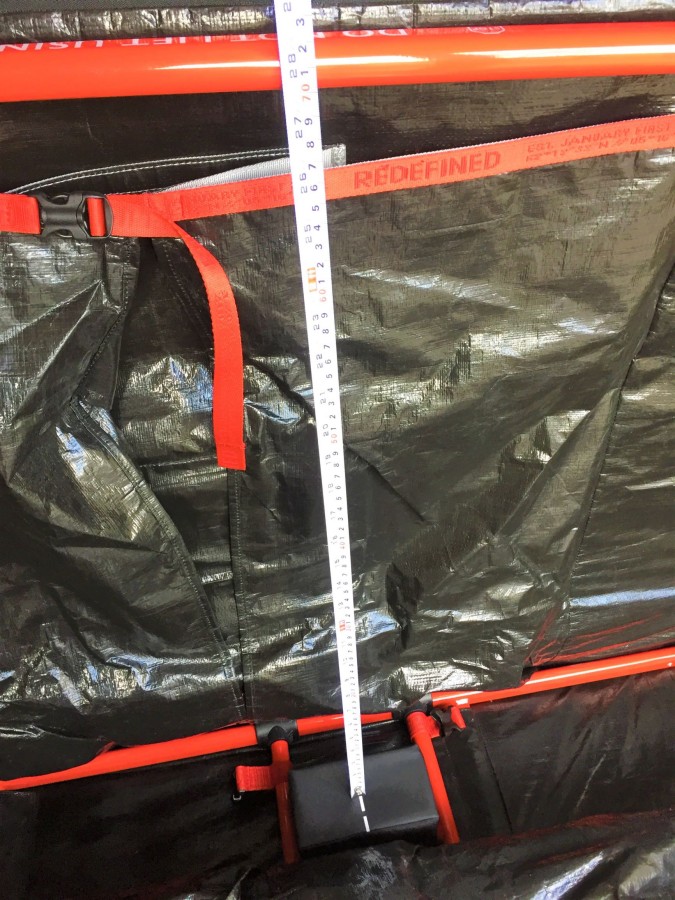 I bought this for a trip this summer, so I can't speak yet as to how it handles travel. At some point every bike case falls over, and this roll cage seems to be the best protection outside of hard cases for this. The frame feels like sturdy stuff. The one thing I was worried about most when I bought it is the maximum interior height, since I have an integrated seat post. I scoured the internets, sent emails and did all the due diligence I could muster to get this measurement... and failed. I had to buy it to find out.

The inside measurement from the the top of the foam pad that the bottom bracket sits on to the bottom of the top bar is 70cm. I have decent extra clearance on my 56cm Emonda. 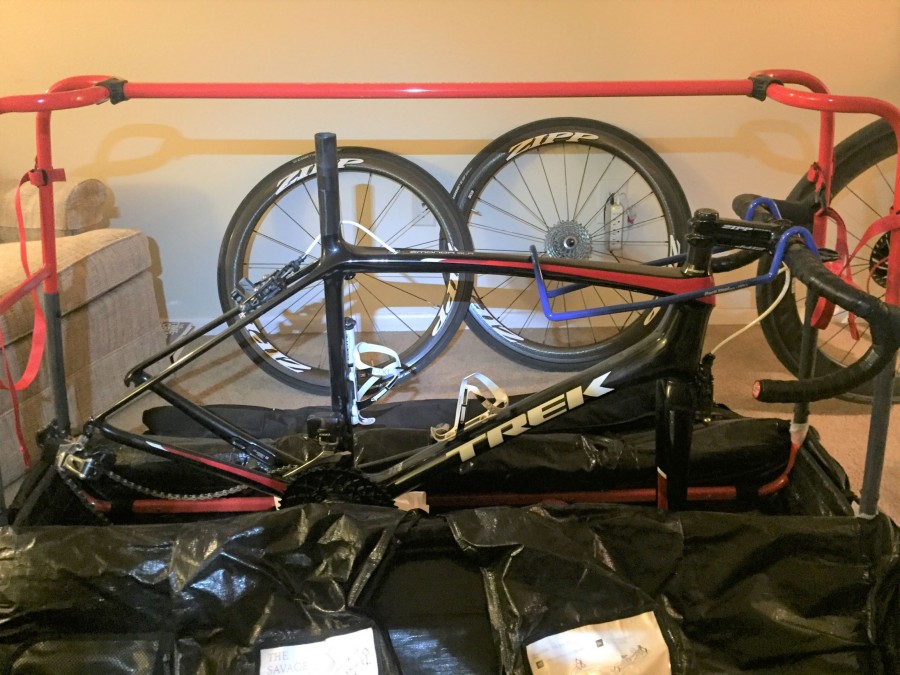 Here's what a 56cm Emonda looks like in this case.

why do good things cost so much

These are the best bibs I own. The legs don't slide up, the chamois is quite comfortable and they've got loads of compression.

The leg length is perfect for my femurs. They're not short shorts, which is nice.

This jersey seems identical in fit and materials to ones that cost twice as much. Craft nailed the sleeves - they're long and stay put. I can't figure out why so many cycling jerseys have such terrible sleeves, but I have no complaints here. The fit is pretty snug and pockets are perfect. The sizing isn't the crazy tiny Euro sized scheme so many cycling companies adhere to. It's a mid-weight jersey, and the material is thicker than the mesh options out there.

This is my second Craft jersey and won't be my last.

The seams at the belly started coming apart after only a few rides. The binding tape stitching was coming undone in 2 places, and eventually I suspect they would unravel and fail. The pad is pretty comfortable and the legs stay put well, so after several 3+ hour rides I decided I like them enough to do some darning. Perhaps the stitch failing would have never progressed and been a non-issue. Mine have red stitching and the newer(?) "2.0" one for sale has black stitching, so perhaps this issue has been corrected - though another reviewer seems to have had the same problem.

The pad also felt scratchy on my bum at first, but after 3 or 4 washings (and wearings), it doesn't anymore. It's some weird material that "smoothed" out, though the first ride wasn't terribly comfortable. I really like my Gore bibs, but they need better QC on their stitching.

You'd think someone at Castelli would have tried these on before selling them. If they did they'd notice the edges of the futuristic strap material chafe and irritate anything they touch. I'd read other reviews stating this but assumed that my predilection for wearing a base layer would make it irrelevant. Problem is that the straps are pretty narrow and bunch up at the neck. And with no base layer, you'll want to wear pasties. The edges of the straps are a deal killer. I couldn't not notice them, and for this much coin, I expect heaps better.

The whole should strap assembly is composed of some weird textile that's mostly glued together. I've had bad experience with glued bike short straps completely failing over time, but no telling if that'll be an issue here. The rest of the shorts are pretty fantastic - silky smooth compression fabric, great legs and pad. Fit's small, like all Castelli stuff.

The fabric and body fit are exceptional, but the sleeves are designed for people without biceps. They arm hole is tight and designed to clinch a bit up from the elbow. But if you possess muscles on your arms and flex, the sleeves bunch up immediately so they're only a few inches past the shoulder. And then you pull them back down and flex again and they bunch up and repeat. So if you've got a skinny upper body, it'll be great. Not for me though.

The fit is great and proper aero tight. The zipper connection arrangement would likely be troublesome to re-attach whilst riding however, and the back is fully transparent mesh, even on the black/red version I bought. You can clearly see white bib straps right through on the back. I have these peculiar bulges on my upper arms (biceps) that the designers failed to envision, and the sleeves fit me terribly.They're super short and bunch up at my armpits. Even if you are a skinny-armed weakling they're still quite short by the modern longer skinsuit inspired sleeves of most high-end jerseys these days. But for the sleeves, this is an excellent jersey.

Tight but ugly back

If Real Cyclist had put a picture of the back of this jersey I could have saved the return shipping. I'm sure someone out there likes the look, but not me. Terrible pattern on the back.

I could barely get my [apparently] enormous hands through the sleeve cuffs. I'm 6'0" 165# and the L. was an otherwise good tight race fit.

How transparent is this jacket - can you...

How transparent is this jacket - can you tell I'm wearing a black jersey/bibs/baselayer under the flash all-white jacket?

RAGwrote a question about Highgear ATF8 Altimeter on April 19, 2010

Does this have an alarm clock?

Does this have an alarm clock?