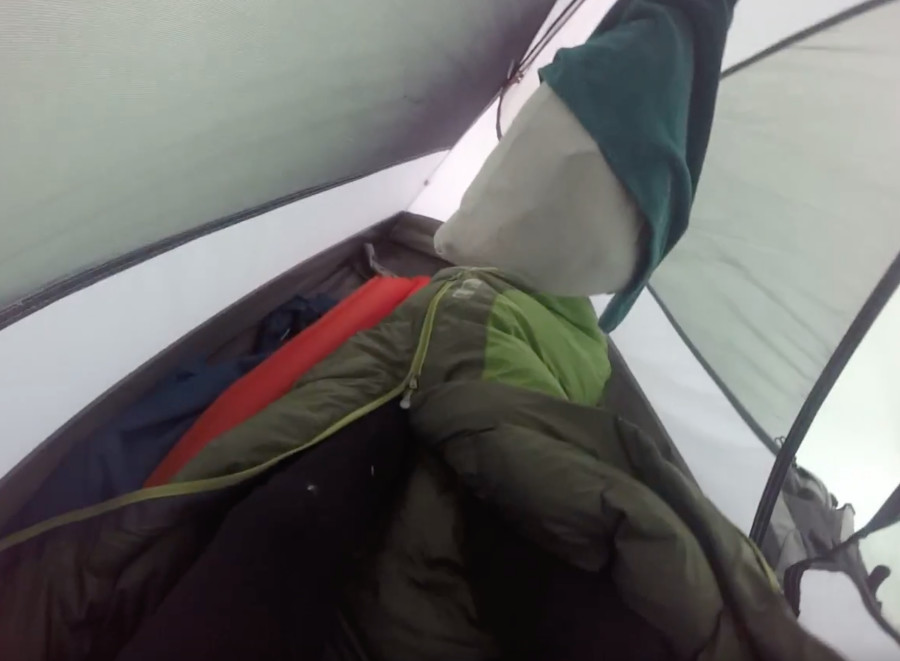 I've been using this sleeping bag for two years in many different conditions. At Patagonia (summer season) was the first which I felt close to its limit, I was sleeping on a REI Air Rail pad + a cheap EVA pad under the tent. I also took it to Spain's highest mountains on winter, there I had to cancel the approach because it was too cold for me to sleep in.
This bag has always leaked a bit, sometimes just a little but sometimes I wake up covered in down.
Last weekend I went up to the mountains and I was about to be cold on 40 degrees weather, I was a little disappointed. Some areas barely seem to have filling, maybe the down was poorly distributed after packing?

I'm going to the glacier park early September and I'll have to buy a warmer sleeping bag because I want to make sure I'll be warm. I'd say this bag is comfy above 40s